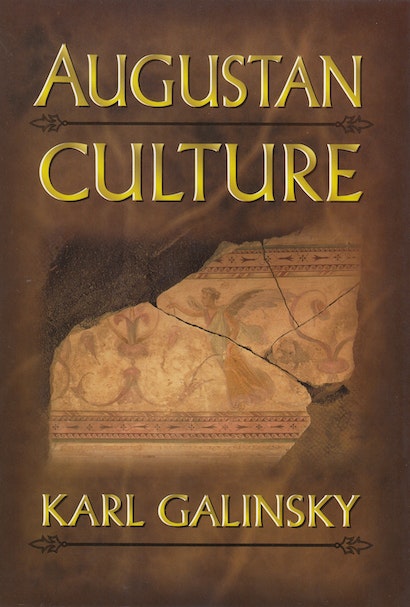 Grand political accomplishment and artistic productivity were the hallmarks of Augustus Caesar’s reign (31 B.C. to A.D. 14), which has served as a powerful model of achievement for societies throughout Western history. Although much research has been done on individual facets of Augustan culture, Karl Galinsky’s book is the first in decades to present a unified overview, one that brings together political and social history, art, literature, architecture, and religion. Weaving analysis and narrative throughout a richly illustrated text, Galinsky provides not only an enjoyable account of the major ideas of the age, but also an interpretation of the creative tensions and contradictions that made for its vitality and influence.


Galinsky draws on source material ranging from coins and inscriptions to the major works of poetry and art, and challenges the schematic concepts and dichotomies that have commonly been applied to Augustan culture. He demonstrates that this culture was neither monolithic nor the mere result of one man’s will. Instead it was a nuanced process of evolution and experimentation. Augustan culture had many contributors, as Galinsky demonstrates, and their dynamic interactions resulted in a high point of creativity and complexity that explains the transcendence of the Augustan age. Far from being static, its sophisticated literary and artistic monuments call for the active response and involvement of the reader and viewer even today.

Karl Galinsky is the Floyd Cailloux Centennial Professor of Classics at the University of Texas at Austin. He is the author of many books including Classical and Modern Interactions: Postmodern Architecture, Multiculturalism, Decline, and Other Issues; Ovid's Metamorphoses; and Aeneas, Sicily, and Rome (Princeton).

"A thought provoking study that complements and integrates the fruits of many significant studies on individual elements of this major international ancient culture."—Choice

"An important and fascinating book. The time is right for a work that interweaves Augustan history, literature, and art, and Karl Galinsky is one of the very few scholars who has enough expertise in all three areas to do this successfully ... In sum, Augustan Culture is a book that makes the reader think and will help shape Augustan studies for the rest of the decade and well beyond."—Diana E. E. Kleiner, Yale University