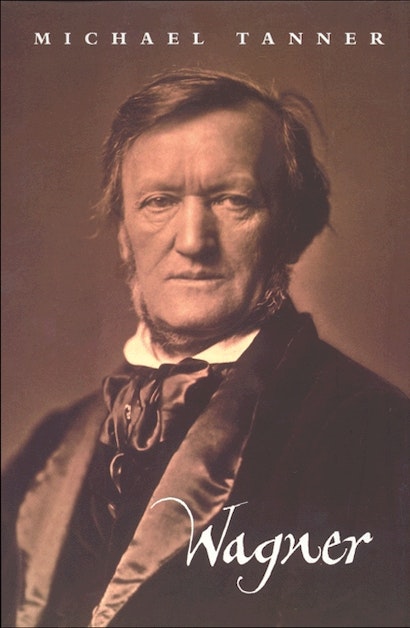 While no one would dispute Wagner’s ranking among the most significant composers in the history of Western music, his works have been more fiercely attacked than those of any other composer. Alleged to be an unscrupulous womanizer and megalomaniac, undeniably a racist, Wagner’s personal qualities and attitudes have often provoked, and continue to provoke, intense hostility that has translated into a mistrust and abhorrence of his music.


In this emphatic, lucid book, Michael Tanner discusses why people feel so passionately about Wagner, for or against, in a way that they do not about other artists who had personal traits no less lamentable than those he is thought to have possessed. Tanner lays out the various arguments made by Wagner’s detractors and admirers, and challenges most of them. The author’s fascination for the relationships among music, text, and plot generates an illuminating discussion of the operas, in which he persuades us to see many of Wagner’s best-known works anew — The Ring Cycle, Tristan und Isolde, Parsifal. He refrains from lengthy and detailed musical examination, giving instead passionate and unconventional analyses that are accessible to all lovers of music, be they listeners or performers.


In this fiery reassessment of one of the greatest composers in the history of opera, Tanner presents one of the most intelligent and controversial portraits of Wagner to emerge for many years.

Michael Tanner was educated in the RAF and at Cambridge University where he lecturerd in Philosophy from 1961-1997. He was also a Fellow at Corpus Christi College. He is the author of Nietzsche and Schopenhauer and is the opera editor of the Spectator.

"Tanner belongs in [the] tiny but distinguished company of committed Wagnerians who write extraordinarily well . . . His observations are consistently fresh and provocative, often as witty as they are arresting . . . . His short book is a joy to read and worth dozens of longer ones."—G. W. Bowersock, Opera News

"[A] quietly magnificent study of one of the most controversial figures in modern music."—Virginia Quarterly Review

"The most spirited and unapologetic book about Wagner to appear in a long time. . . . Fine, intellectually sparkling, and always engaging. . . . A welcome addition to any Wagner library."—Wagner Notes

"[Tanner] provides a valuable study of the meaning and significance of Richard Wagner's music dramas. . . . Tanner leads the reader to understand Wagner's lifelong preoccupations, the common threads and themes that underlie his production."—Choice