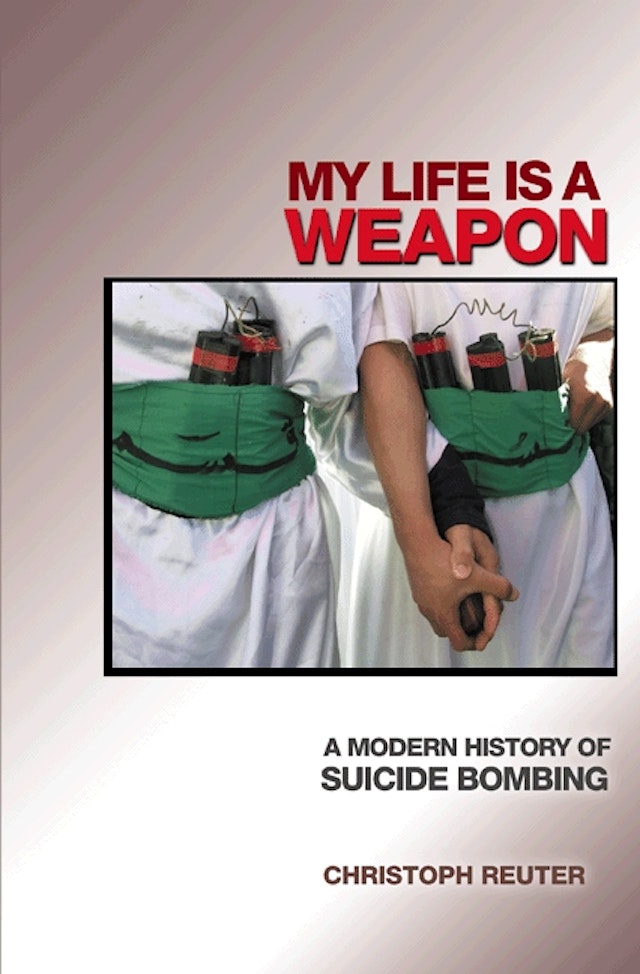 What kind of people are suicide bombers? How do they justify their actions? In this meticulously researched and sensitively written book, journalist Christoph Reuter argues that popular views of these young men and women — as crazed fanatics or brainwashed automatons — fall short of the mark. In many cases these modern-day martyrs are well-educated young adults who turn themselves into human bombs willingly and eagerly — to exact revenge on a more powerful enemy, perceived as both unjust and oppressive. Suicide assassins are determined to make a difference, for once in their lives, no matter what the cost. As Reuter’s many interviews with would-be martyrs, their trainers, friends, and relatives reveal, the bombers are motivated more by how they expect to be remembered — as heroic figures — than by religion-infused visions of a blissful life to come.

Reuter, who spent eight years researching the book, moves from the broken survivors of the childrens’ suicide brigades in the Iran-Iraq war of the 1980s, to the war-torn Lebanon of Hezbollah, to Israeli-occupied Palestinian land, and to regions as disparate as Sri Lanka, Chechnya, and Kurdistan. He tells a disturbing story of the modern globalization of suicide bombing — orchestrated, as his own investigations have helped to establish, by the shadowy Al Qaeda network and unintentionally enabled by wrong-headed policies of Western governments. In a final, hopeful chapter, Reuter points to today’s postrevolutionary, post-Khomeini Iran, where a new social environment renounces the horrific practice in the very place where it was enthusiastically embraced just decades ago.

Christoph Reuter is a reporter and international correspondent for the German magazine Stern.

"Christoph Reuter's modern history of suicide bombing helps put today's headlines into context. As Reuter's assessment makes clear, suicide killers are not irrational fanatics, but cost-effective weapons employed by rational organizations. Reuter traveled around the world to talk with 'martyr's' families and their tutors, reporting what he found in lucid, often moving prose. The world would be a far safer place if our leaders were to heed his wise words of advice."—Jessica Stern, author of Terror in the Name of God: Why Religious Militants Kill

"This engaging book brings us face to face with scores of determined activists who kill and die for God. Yet it is more than a series of portraits. This thoughtful study reflects on the social contexts and historical moments that give rise to such extremes, and calls for a tempered world view that would reduce the frequency of such tragic, lethal acts. There is nothing quite like it."—Mark Juergensmeyer, author of Terror in the Mind of God: The Global Rise of Religious Violence

"Christoph Reuter's new study makes an important contribution to the growing field of suicide terrorism. Many readers will benefit from his comprehensive coverage of the historical record of both Islamic and non-Islamic cases."—Robert Pape, University of Chicago