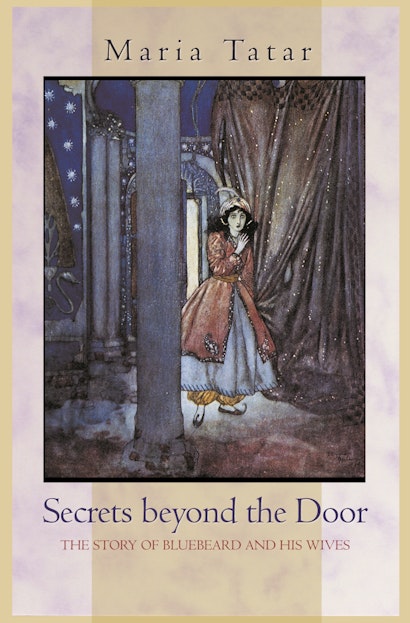 The tale of Bluebeard’s Wife — the story of a young woman who discovers that her mysterious blue-bearded husband has murdered his former spouses — no longer squares with what most parents consider good bedtime reading for their children. But the story has remained alive for adults, allowing it to lead a rich subterranean existence in novels ranging from Jane Eyre to Lolita and in films as diverse as Hitchcock’s Notorious and Jane Campion’s The Piano.


In this fascinating work, Maria Tatar analyzes the many forms the tale of Bluebeard’s Wife has taken over time, particularly in Anglo-European popular culture. It documents the fortunes of Bluebeard, his wife, and their marriage in folklore, fiction, film, and opera, showing how others took the Bluebeard theme and revived it with their own signature twists.


In some tales the wife is a deceiver; in others she is a clever investigator. Earlier ages denounced Bluebeard’s wife for her “reckless curiosity” and for her “uncontrolled appetite”; our own times have turned her into something of a heroine, a woman who rescues herself — and often her marriage — through her detective work and psychological finesse. And as for Bluebeard? Once considered a one-dimensional brute, he has found renewed cultural energy both as a master criminal who kills in order to create a higher moral order and as an artist figure who must shield himself against intimacy to foster his creative powers. A brilliant account of how one classic fairy tale has been continually reincarnated, Secrets beyond the Door will appeal to both literary scholars and general readers.

Maria Tatar is Dean for the Humanities in the Faculty of Arts and Sciences and the John L. Loeb Professor of Germanic Languages and Literatures at Harvard University. She is the author of The Hard Facts of the Grimms' Fairy Tales, Off with Their Heads! Fairy Tales and the Culture of Childhood; and Lustmord: Sexual Murder in Weimar Germany (all Princeton).

"In this fine book, which both scholars and ordinary readers enjoy, as I did, [Tatar] casts her net wide. She reprints several versions of 'Bluebeard,' and discusses not only these tales and their many variants, but also the reappearance of the story in fiction, film, opera, and poetry."—Alison Lurie, The American Scholar

"A respected critic of fairy tales, Tatar takes on Bluebeard and the result is a deeply resonant, fascinating study of intertextuality. . . . [S]he persuasively demonstrates how the Bluebeard tale shifts its shape century by century, revealing the secret anxieties of the age regarding sexuality, coming of age, romance, marriage, and marital discord."—Choice

"Secrets beyond the Door is full of transmutations and sublimations. Harvard professor Maria Tatar . . . returns with a scintillating account of what generations of high and low culture have done to the Bluebeard folktale."—John Leonard, Harper's

"A book that unlocks the reasons of transgression in the chambers of the mind."—Alex Moore, Foreword Magazine

"Learned. Readable. Entertaining. This is a fascinating exploration of a story that in one sense never changes, but at the same time is always changing, illuminating shifting cultural attitudes about marriage, secrecy, enterprising women and withheld men. Tatar has produced a vivid kaleidoscope of curious women and the mistrust they arouse."—Nina Auerbach, University of Pennsylvania

"A brisk, often breezy survey of one of the foundational stories of modern culture and its sexual mythologies. Tatar's book traces the changing, but still robust, reputation of Bluebeard's wife from its first wide dissemination in fairy tale and folklore to its later reworkings in literature, film, opera and cultural criticism. Tatar herself has been indefatigably curious in collecting various versions of the tale and in sighting otherwise almost invisible references to Bluebeard and his wife in contemporary literature."—Maria DiBattista, Princeton University