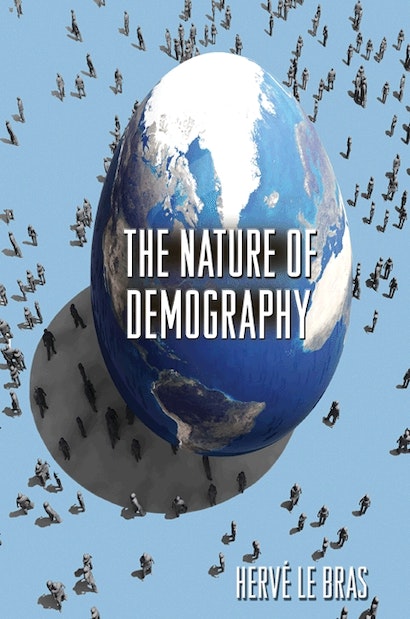 Rapid changes over the last twenty years have impacted every branch of demographic analysis, from birth rates and immigration, to marriage rates and aging. The Nature of Demography is a response to these enormous changes. Written by one of the world’s leading demographers, this authoritative text offers a systematic and coherent overview of the fundamental ideas governing the study of present and future populations.


The book covers formal models as well as the underlying logic and context of demographic reasoning. The text also illustrates recent data and new methodological developments. The first section of the book discusses measurements that involve a single individual, such as mortality and fertility; the second section moves from individual behaviors to population-level phenomena; and the third section looks at models involving individuals and social structures within the population, such as marriage and migration rates — topics not addressed in such detail in any other demography text.


Written for advanced undergraduates and experienced researchers, The Nature of Demography contains a wealth of material that will inspire innovative applications in the field.

Hervé Le Bras is director of studies at the School of Higher Education in the Social Sciences and director of research at the National Institute of Demographic Studies in Paris.

"I heartily recommend The Nature of Demography to all who see demography an autonomous scientific discipline with a strong core of theory—rather than just a body of techniques, the application of general statistics to demographic data. It should be consulted regularly and seriously by anyone trying to use or develop demographic theory. It can be read with profit more than once in order to begin to absorb Le Bras' deep and coherent vision of our discipline."—Thomas K. Burch, Canadian Studies in Population

"The Nature of Demography would be best suited to numerate readers with an existing knowledge of basic demographic theory and methods. The book contains a fascinating overview of the current state of demography, its methodological history and links to other disciplines. It effectively conveys the continuing evolution of the discipline."—Rebecca Kippen, Economic Record

"The Nature of Demography is a firm addition to the current handbooks in demography, serving as an advanced textbook for scientists to obtain the necessary fresh and critical mindset, which, in my view, could best be read after a more general introduction to demography. I am pretty sure it will change our way of looking at demography and its nature."—F. Janssen, European Journal of Population

"This is much more than a textbook in formal demography. It examines the meaning of demographic measures and models, making systematic linkages between individual behavior and population regularities, and situates the field of demography with respect to other disciplines. This is a highly stimulating volume."—Michel Guillot, University of Wisconsin-Madison

"The Nature of Demography is a delight for new students and experienced researchers alike. It is briskly original, historically grounded, and conceptually reflective. It brings out the liveliness of population analysis."—Kenneth Wachter, University of California, Berkeley

"This book is a comprehensive statement on the field of demography today and provides exemplars of what the discipline has accomplished to date. Filled with novel presentations of classical methods and new insights, it includes much that demographers will find useful."—Patrick Heuveline, University of Chicago

"Original, iconoclastic, and at times even philosophical, The Nature of Demography is full of insights on the origins and importance of demographic models. Le Bras's appealing book also succeeds in enlarging the field of formal demography by including sections on migration, marriage, and economics."—Joshua R. Goldstein, Max Planck Institute for Demographic Research