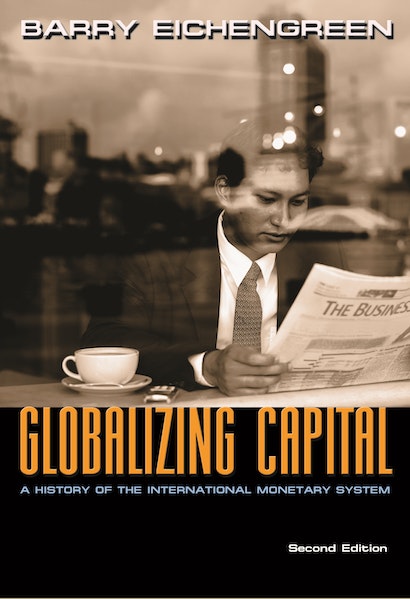 First published more than a decade ago, Globalizing Capital remains an indispensable part of the economic literature today. Written by renowned economist Barry Eichengreen, this classic book emphasizes the importance of the international monetary system for understanding the international economy. Brief and lucid, Globalizing Capital is intended not only for economists, but also a general audience of historians, political scientists, professionals in government and business, and anyone with a broad interest in international relations. Eichengreen demonstrates that the international monetary system can be understood and effectively governed only if it is seen as a historical phenomenon extending from the period of the gold standard to today’s world of fluctuating prices. This updated edition continues to document the effect of floating exchange rates and contains a new chapter on the Asian financial crisis, the advent of the euro, the future of the dollar, and related topics. Globalizing Capital shows how these and other recent developments can be put in perspective only once their political and historical contexts are understood.

Barry Eichengreen is the George C. Pardee and Helen N. Pardee Professor of Economics and Political Science at the University of California, Berkeley. His books include Golden Fetters and The European Economy since 1945 (Princeton).

"Praise for the first edition: "This book by a prominent historian is a succinct and well-written history of the international monetary system. . . . [It] provides useful historical background for understanding current European efforts to create a monetary union.""—Richard N. Cooper, Foreign Affairs

"Praise for the first edition: "Capital flows in the recent period, unlike those in the earlier one, proved to be incompatible with exchange rate stability. [Eichengreen's] reasons for the difference . . . constitute a unique insight and contribution.""—Choice

Praise for the first edition: "Eichengreen's purpose is to provide a brief history of the international monetary system. In this, he succeeds magnificently. Globalizing Capital will become a classic."—Douglas Irwin, author of Against the Tide