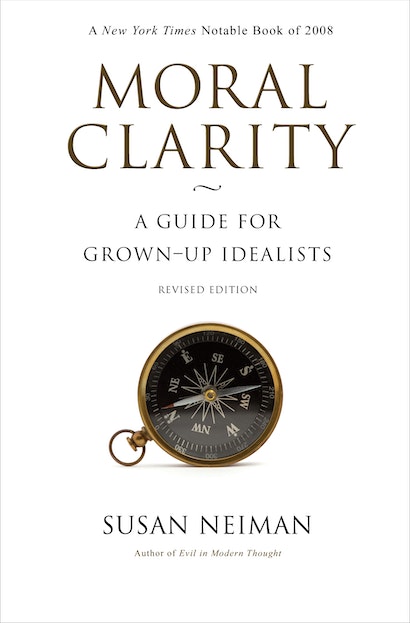 For years, moral language has been the province of the Right, as the Left has consoled itself with rudderless pragmatism. In this profound and powerful book, Susan Neiman reclaims the vocabulary of morality — good and evil, heroism and nobility — as a lingua franca for the twenty-first century. In constructing a framework for taking responsible action on today’s urgent questions, Neiman reaches back to the eighteenth century, retrieving a series of values — happiness, reason, reverence, and hope — held high by Enlightenment thinkers. In this thoroughly updated edition, Neiman reflects on how the moral language of the 2008 presidential campaign has opened up new political and cultural possibilities in America and beyond.

Susan Neiman is Director of the Einstein Forum. She is the author of Slow Fire: Jewish Notes from Berlin, The Unity of Reason: Rereading Kant, and Evil in Modern Thought (Princeton).

"Deep and important. . . . Neiman's particular skill lies in expressing sensitivity, intelligence and moral seriousness without any hint of oversimplification, dogmatism or misplaced piety. She clearly and unflinchingly sees life as it is, but also sees how it might be, and could be, if we recaptured some of the hopes and ideals that currently escape us."—Simon Blackburn, New York Times

"The problem with our liberal elites, [Neiman] insists, is lame metaphysics—a lack of philosophical nerve. . . . Neiman is a subtle and energetic guide . . . [who] writes with verve and sometimes epigrammatic wit."—Gary Rosen, Wall Street Journal

"Susan Neiman is a masterly storyteller. . . . [Her] retellings of the Odyssey and the Book of Job . . . are themselves worth the price of admission."—K. Anthony Appiah, Slate

"[Moral Clarity] is concerned with the task of making philosophy timely and accessible again. . . . [A] lucid and impassioned study."—Richard Wolin, Dissent

"Susan Neiman's profound wisdom, courage and vision . . . [make her] a beacon of light and hope in our morally debased times."—Cornel West

"Morally and politically compelling—and a delight to read."—Michael Walzer