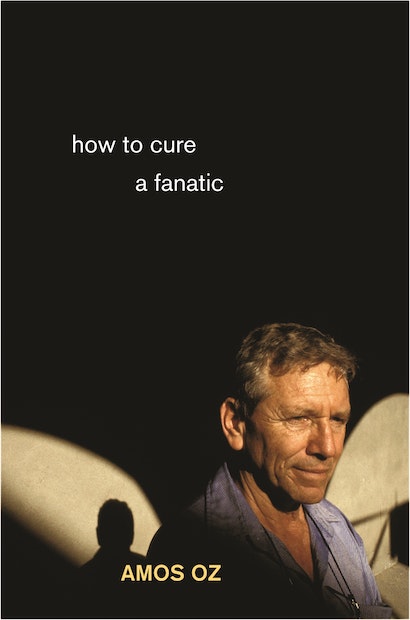 Internationally acclaimed novelist Amos Oz grew up in war-torn Jerusalem, where as a boy he witnessed firsthand the poisonous consequences of fanaticism. In two concise, powerful essays, the award-winning author offers unique insight into the true nature of extremism and proposes a reasoned and respectful approach to resolving the Israeli-Palestinian conflict. He also comments on related issues—the Gaza pullout, Yasser Arafat’s death, and the war in Iraq—in an extended interview at the end of the book.

The brilliant clarity of these essays, coupled with Oz’s ironic sense of humor in illuminating the serious, breathes new life into this old debate. Oz argues that the Israeli-Palestinian conflict is not a war of religion or cultures or traditions, but rather a real estate dispute—one that will be resolved not by greater understanding, but by painful compromise.

Fresh, insightful, and inspiring, How to Cure a Fanatic brings a new voice of sanity to the cacophony on Israeli-Palestinian relations—a voice no one can afford to ignore.

Amos Oz is the author of many novels and essay collections. His recent books include A Tale of Love and Darkness, Rhyming Life and Death and Scenes from a Village Life. His articles and essays, and his political role as a leading proponent of a two-state solution, have made him an important figure in Israel and throughout the world.

"This little volume (4" x 6") . . . is lucid, rational, and constructive. . . . This small book embodies so much realism and optimism."—Elizabeth R. Hayford, Library Journal

"The burning issues of the Arab-Israeli dispute are grist for Israeli novelist Amos Oz's slim volume, How to Cure a Fanatic, which is never less than thought-provoking."—Canadian Jewish News

"Amos Oz sets out to wrest the conflict from its ideological and religious participants, from those on both sides whose symbiotic desire to elevate or sanctify the conflict renders it ever more immune to reasonable resolution. This is pursued in two short, gently-crafted essays."—Ben Harris, Jewish Journal

"This pocket-size book is an important read. Whether you want to agree with him or rail against him, you can't ignore Oz."—Suzi Brozman, Atlanta Jewish Times

"Amos Oz is the voice of sanity coming out of confusion."—Nadine Gordimer, Nobel Prize-winning author

"The special nature of these two lucid, thoughtful essays lies in their compelling argumentation backed by the singular authority of the writer."—Ira Katznelson, Columbia University