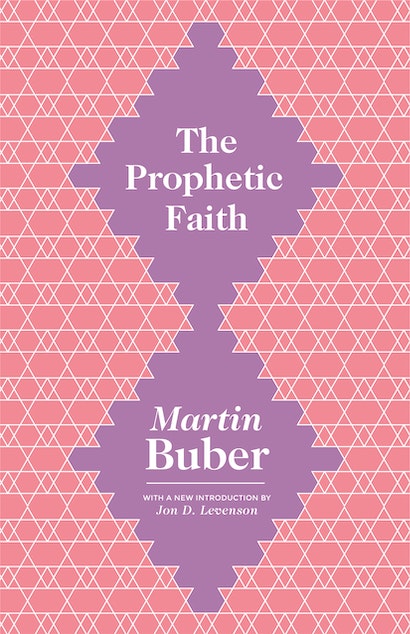 Originally published in English in 1949, The Prophetic Faith features Martin Buber’s readings of select biblical prophets—especially Isaiah and Deborah, the only female prophet and judge in the Hebrew Bible. In an approach that combines insights from biblical prophecy with a concern for events in the here and now, Buber outlines his interpretation of biblical revelation. Infused with an anti-institutional—some have said anarchic—sensibility, Buber discusses the notion of kingship as portrayed in the Bible and provides an account of human suffering in an extended discussion of the Book of Job. Anticipating those today who describe themselves as “spiritual but not religious,” Buber gives pride of place to a personal God outside of formal religious and legal strictures.

Featuring a new introduction by Jon D. Levenson, The Prophetic Faith encourages a renewed appreciation for the Hebrew Bible and its relevance to the practical challenges of the present day.

Martin Buber (1878–1965) is known for many influential works in the fields of philosophy of religion and biblical interpretation. His ideas and intellect were globally esteemed, propelled interfaith alliances, and inspired luminaries such as Paul Tillich and Martin Luther King Jr. His books included I and Thou and The Legend of Baal-Shem (Princeton). Jon D. Levenson is the Albert A. List Professor of Jewish Studies at Harvard Divinity School. He is the author of Inheriting Abraham: The Legacy of the Patriarch in Judaism, Christianity and Islam (Princeton).

"[In] The Prophetic Faith . . . Buber does not get lost in the details of compositional, religious, or political history, nor does he hyperfocus on the exegesis of particular verses. Rather, his attention lies on what is most important to him, as it is to many today as well—the personally and socially transformative encounter with the eternal You."—Jon D. Levenson, Harvard Divinity School