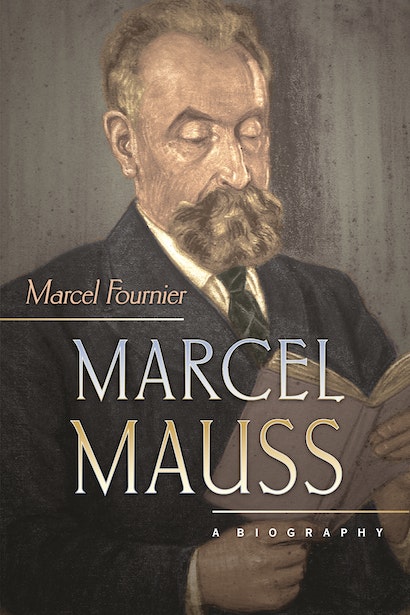 This book is the first intellectual biography of Marcel Mauss (1872-1950), the father of modern ethnology and a leading early figure in the French school of sociology. Mauss left a rich intellectual legacy in the social sciences, influencing the work of Claude Lévi-Strauss and others. His masterpiece, the 1925 essay The Gift, on reciprocity and gift economies among archaic societies, remains required reading in anthropology, and his work more broadly resonates today with students and scholars in fields from the history of religion to sociology. Mauss taught the first generation of French field researchers in anthropology and helped secure the legacy of his uncle, émile Durkheim, the founder of modern sociology.

In Marcel Mauss: A Biography, Marcel Fournier situates Mauss’s ideas in their biographical context, focusing not only on the details of Mauss’s life but also on the people and the academic milieus with which he was associated in early twentieth-century France. He shows how Mauss — through his writings, teaching, and socialist politics — found himself at the center of the intellectual and political life of his country and of Europe through two world wars. The book addresses, among other topics, the effect of the Dreyfus Affair and the First World War on Mauss’s thought, and the inner dynamics of the group of scholars around Mauss and Durkheim at the journal they helped establish, Année Sociologique.

The fruit of vast research, Marcel Mauss: A Biography is the life story both of a legendary scholar and of the institutionalization of sociology and anthropology.

Marcel Fournier is Professor of Sociology at the Université de Montréal. This book is his abridgment of his monumental Marcel Mauss, published in France (Fayard, 1994). He is the editor of the international French journal Sociologie et Sociétés. Jane Marie Todd is the translator of some thirty books, including, most recently, Julia Kristeva's Colette.

"This book captures the intricacies of the person and oeuvre of Marcel Mauss, whose impact has not subsided nor should it. Mauss's work and example deserve consideration by anyone intent on challenging easy economistic approaches to social practices, historical dynamics, cultural life, and religious observation. Mauss is a model for resisting reductionism."—James A. Boon, Professor of Anthropology, Princeton University, author of Verging on Extra-vagance: Anthropology, History, Religion, Literature, Arts . . . Showbiz

Praise for the original, French edition: "Fournier's book is by far the most informed and comprehensive study of Mauss yet to appear in any language. It is an indispensable source of information about Mauss and his colleagues and no student of the Durkheimians or Durkheimian sociology can do without it. For all those who wish to understand the lives and intellectual context of Durkheim and the Durkheimians and of Mauss in particular, and who do not read French, an English translation of this work will prove of great value."—Steven Lukes, New York University, author of Émile Durkheim: His Life and Work

Praise for the original, French edition: "Absolutely fascinating. Mauss is a much talked about figure-by anthropologists, by historians of the French Third Republic and the Vichy regime, and by scholars of Jewish history."—Natalie Zemon Davis, Professor Emeritus of History, Princeton University, author of The Gift in Sixteenth-Century France