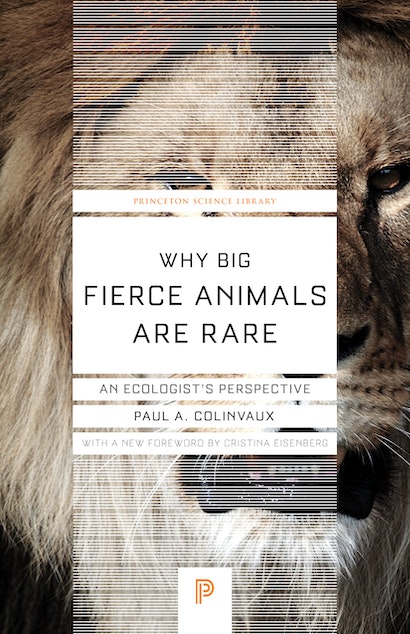 Buy This
First published in 1979, Why Big Fierce Animals Are Rare has established itself as a seminal work in ecology. Now with a new foreword by ecologist and writer Cristina Eisenberg, this penetrating study of ecosystems and animal populations is more relevant than ever. What accounts for the many different species of insect? Why does the robin population stay relatively steady year after year, despite the fact that their nests contain several chicks at once? Paul Colinvaux traces the ecologist’s quest to answer these questions and more in this accessibly written book. He brings to the subject both profound knowledge and an enthusiasm that will encourage a greater understanding of the environment and of the efforts of those who seek to preserve it.
Paul A. Colinvaux (1930–2016) was an ecologist and professor emeritus at Ohio State University. His books include The Fate of Nations, Ecology, and Amazon Expeditions: My Quest for the Ice Age Equator. Cristina Eisenberg is chief scientist at the Earthwatch Institute and the author of The Wolf's Tooth and The Carnivore Way.

"A rare achievement. . . . Colinvaux makes us marvel with him at the stability of nature and the incredible fit of every part of it."—New York Times Book Review

"A mind-tingling survey . . . of the many factors involved in the interrelationships of all living things…. An incisive and stirring book, and a model of scientific explanation."—New Yorker