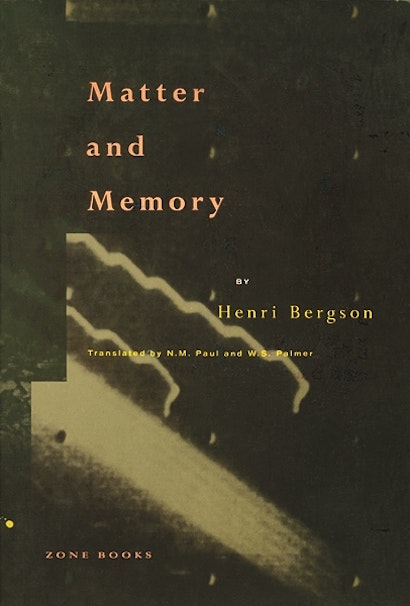 “Since the end of the last century,” Walter Benjamin wrote, “philosophy has made a series of attempts to lay hold of the ‘true’ experience as opposed to the kind that manifests itself in the standardized, denatured life of the civilized masses. It is customary to classify these efforts under the heading of a philosophy of life. Towering above this literature is Henri Bergson’s early monumental work Matter and Memory.”

Along with Husserl’s Ideas and Heidegger’s Being and Time, Bergson’s work represents one of the great twentieth-century investigations into perception and memory, movement and time, matter and mind. Arguably Bergson’s most significant book, Matter and Memory is essential to an understanding of his philosophy and its legacy.

“It would greatly distort Bergson to minimize the amazing description of perceived being given in Matter and Memory. Never before had anyone thus described the brute being of the perceived world. In unveiling it along with nascent duration, Bergson rediscovers in the heart of man a pre-Socratic and ‘prehuman’ sense of the world.”— Maurice Merleau-Ponty