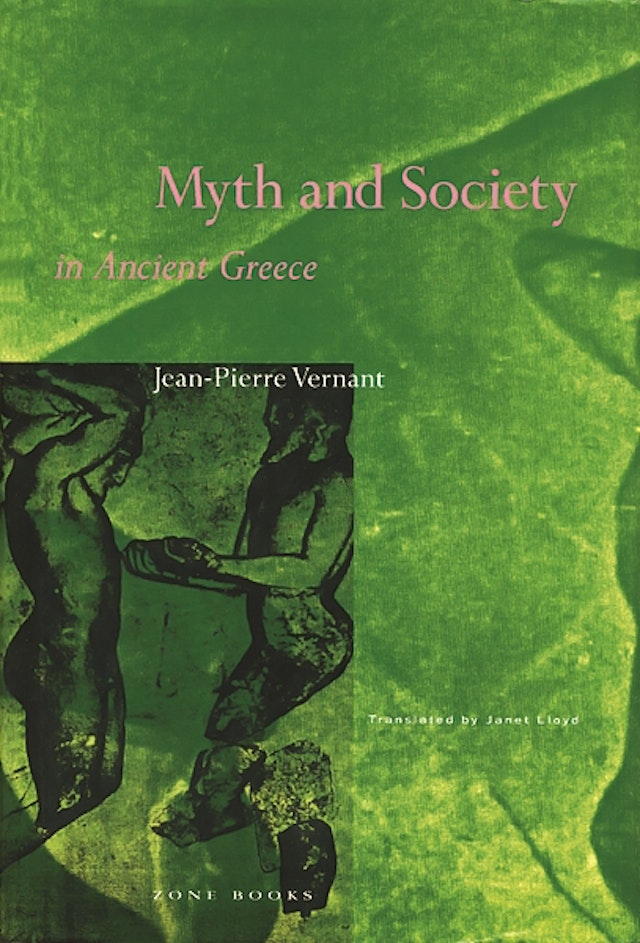 In this groundbreaking study, Jean-Pierre Vernant delineates a compelling new vision of ancient Greece. Myth and Society in Ancient Greece takes us far from the calm and familiar images of Polykleitos and the Parthenon to reveal a fundamentally other culture — one of slavery, of masks and death, of scapegoats, of ritual hunting, and of ecstasies.

Vernant’s provocative discussions of various institutions and practices (including war, marriage, and sacrifice) detail the complex intersection of the religious, social, and political structures of ancient Greece. The book concludes with Vernant’s authoritative genealogy of the study of myth from Antiquity to structuralism and beyond. “Myth,” he writes, “brings into operation a form of logic which we may describe, unlike the logic of noncontradiction of the philosophers, as a logic of the ambiguous and the equivocal.”