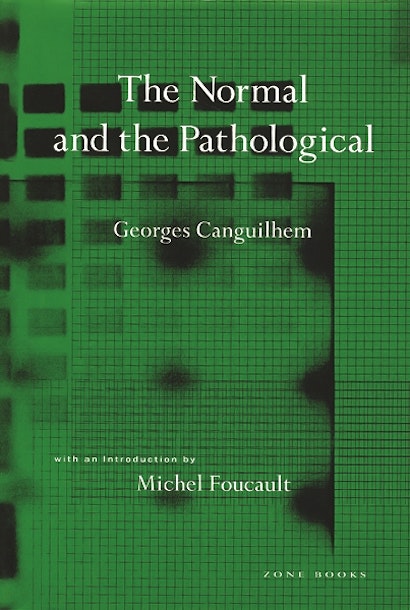 The Normal and the Pathological is one of the crucial contributions to the history of science in the last half century. It takes as its starting point the sudden appearance of biology as a science in the nineteenth century and examines the conditions determining its particular makeup.

Canguilhem analyzes the radically new way in which health and disease were defined in the early nineteenth century, showing that the emerging categories of the normal and the pathological were far from objective scientific concepts. He demonstrates how the epistemological foundations of modern biology and medicine were intertwined with political, economic, and technological imperatives.

Canguilhem was an important influence on the thought of Michel Foucault and Louis Althusser, among others, in particular for the way in which he poses the problem of how new domains of knowledge come into being and how they are part of a discontinuous history of human thought.

"A brilliant and stimulating book."—Journal of Interdisciplinary History