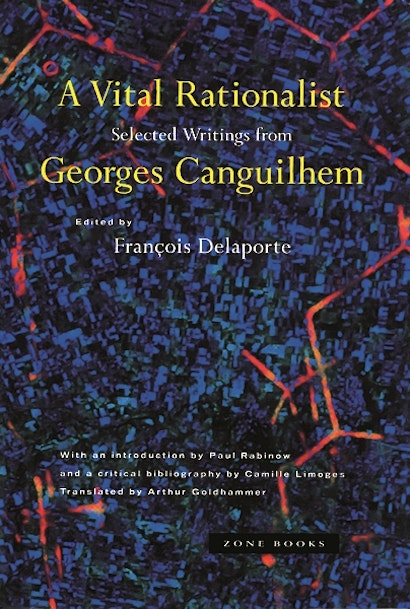 Georges Canguilhem is one of France’s leading philosophers and historians of science. Trained as both a medical doctor and a philosopher, Canguilhem overlapped these practices to demonstrate that there could be no epistemology without concrete study of the actual development of the sciences and no worthwhile history of science without a philosophical understanding of the conceptual basis of all knowledge.

A Vital Rationalist brings together for the first time some of Canguilhem’s most important writings, including excerpts from previously unpublished manuscripts. Organized around the major themes and problems that have preoccupied Canguilhem throughout his intellectual career, this collection allows readers both familiar and unfamiliar with Canguilhem’s work access to a vast array of conceptual and concrete meditations on epistemology, methodology, science, and history. Although Canguilhem is a demanding writer, Delaporte succeeds in identifying the main lines of his thought with unrivaled clarity and maps out the complex and crucial place this thinker holds in the history of twentieth-century French thought.

“This volume is a superb and remarkably representative collection of Canguilhem’s seminal contribution to the history and philosophy of science.”— Everett Mendelsohn, co-author of Nineteen Eighty-Four: Science Between Utopia and Dystopia