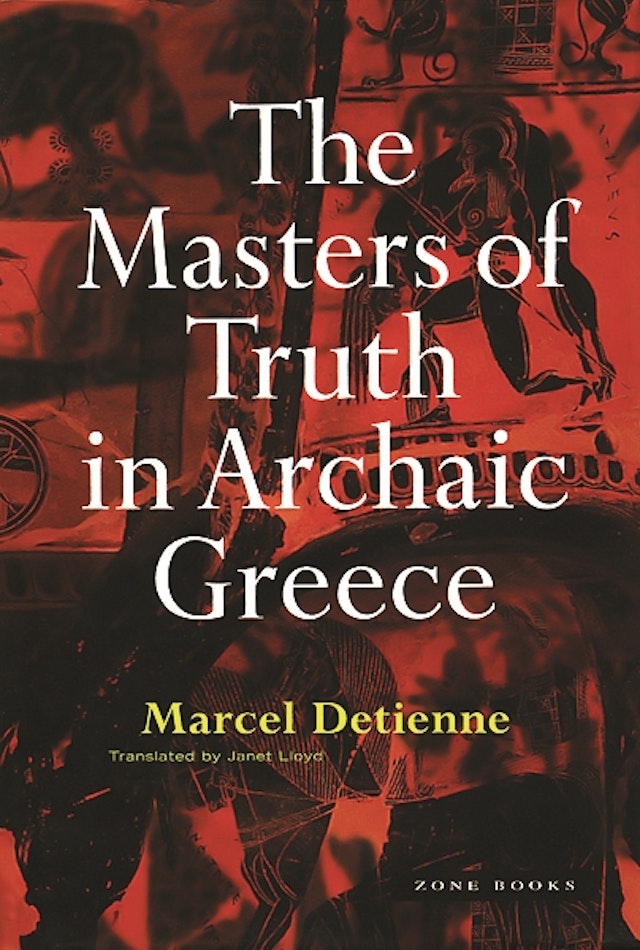 The Masters of Truth in Archaic Greece traces the odyssey of “truth,” Aletheia, from mythoreligious to philosophical thought in archaic Greece. Marcel Detienne’s starting point is a simple observation: In archaic Greece, three figures — the diviner, the bard, and the king — all share the privilege of dispensing truth by virtue of the religious power of divine memory, which provides them with knowledge, both oracular and inspired, of the present, past, and future. Beginning with this definition of the prerational meaning of truth, Detienne proceeds to elaborate the complex conceptual and historical contexts from which emerges the philosophical notion of truth still influencing Western philosophy today.

“Marcel Detienne undertakes a new and daring intellectual project with both rigor and erudition….A fascinating study which is essential reading for sociologists of religion and historians of philosophy alike.”— Jean-Pierre Vernant