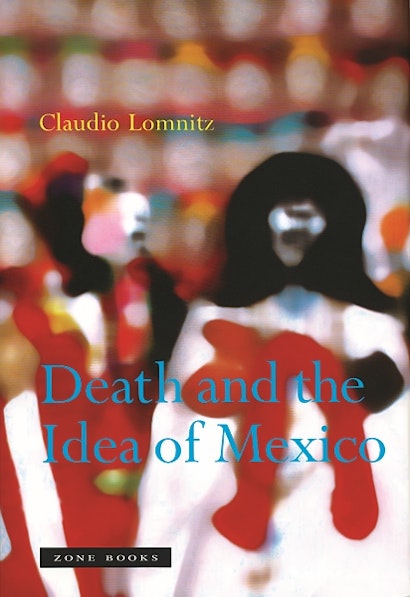 Death and the Idea of Mexico is the first social, cultural, and political history of death in a nation that has made death its tutelary sign. Examining the history of death and of the death sign from the sixteenth-century holocaust to contemporary Mexican American identity politics, anthropologist Claudio Lomnitz’s innovative study marks a turning point in understanding Mexico’s rich and unique use of death imagery. Unlike contemporary Europeans and Americans, whose denial of death permeates their cultures, the Mexican people display and cultivate a jovial familiarity with death. This intimacy with death has become the cornerstone of Mexico’s national identity.

It is tempting to view this rich elaboration of death imagery as yet another example of an “invented tradition,” that is, a cult shaped by the modern state’s cultural policies or by the narrow interests of contemporary identity politics. Lomnitz takes a different approach. Rather than flattening out the tradition by insisting only on the ways it is willfully manipulated, this book focuses on the dialectical relationship between dying, killing, and the administration of death, and the very formation of the colonial state, of a rich and variegated popular culture, and of the Mexican nation itself. The elevation of Mexican intimacy with death to the center of national identity is but a moment within that history — within a history in which the key institutions of society are built around the claims of the fallen.

Based on a wide range of sources — from missionary testimonies to newspaper cartoons, from masterpieces of artistic vanguards to accounts of public executions and political assassinations — Death and the Idea of Mexico moves beyond the limited methodology of traditional historiographies of death to probe the depths of a people and a country whose fearless acquaintance with death shapes the very terms of their social compact. This work effects a novel turn in the classical historiography of death — a turn that can be characterized by a move from social and cultural history to political history. The move toward the politics of death gives readers a unique insight into the peculiar story of death in the Americas.

"A masterful analysis of political history and cultural anthropology . . . Lomnitz’s Death and the Idea of Mexico places him in the company of Octavio Paz and Carlos Monsiváis as both critic and champion of Mexican culture."—Bookforum

“This outstanding work was written by an author with a Renaissance mind. It examines the Mexican people’s in many respects unique relationship to death throughout several centuries. It brilliantly straddles the fields of history, anthropology, and religion.” — Friedrich Katz