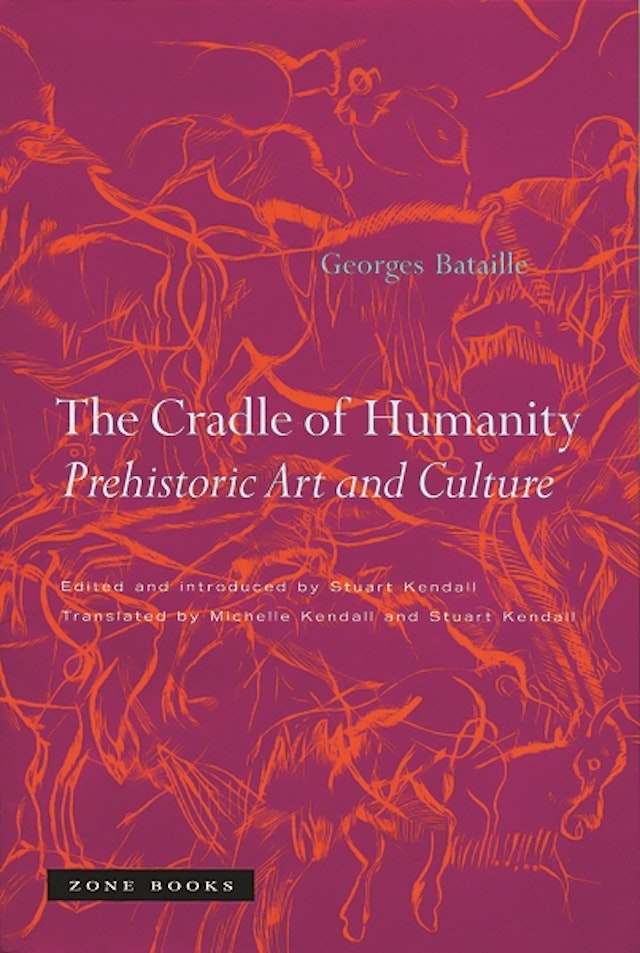 The Cradle of Humanity: Prehistoric Art and Culture collects essays and lectures by Georges Bataille spanning thirty years of research in anthropology, comparative religion, aesthetics, and philosophy. These were neither idle nor idyllic years; the discovery of Lascaux in 1940 coincides with the bloodiest war in history — with new machines of death, Auschwitz, and Hiroshima. Bataille’s reflections on the possible origins of humanity coincide with the intensified threat of its possible extinction.

Bataille reaches beyond disciplinary specializations to imagine a moment when thought was universal. Bataille’s work provides a model for interdisciplinary inquiry in our own day, a universal imagination and thought for our own potential community. The Cradle of Humanity speaks to philosophers and historians of thought, to anthropologists interested in the history of their discipline and in new methodologies, to theologians and religious comparatists interested in the origins and nature of man’s encounter with the sacred, and to art historians and aestheticians grappling with the place of prehistory in the canons of art.