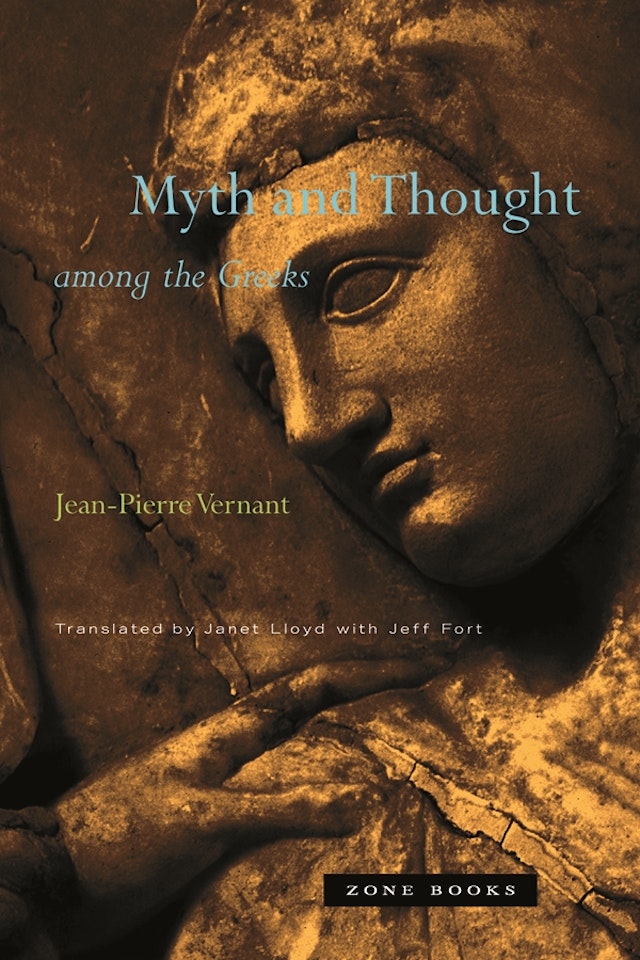 “Myth and Thought among the Greeks is Jean-Pierre Vernant’s magisterial first entry upon the scene of classical studies. As fresh and challenging as it was when first published in 1965, this new edition of his eighteen essays, which includes two previously untranslated chapters, will provide the English-speaking world with a long-overdue edition. As the very words of the title announce, two major themes run throughout this pathbreaking study. On the one hand, ‘myth’ and ‘thought’ suggest a certain transition from the mythic to the rational, from the fabulous to the philosophical, as an intellectual sea change that occurred within the social and political context of the Greek city-state. On the other hand, ‘myth’ and ‘thought’ also gesture to Vernant’s insistence on the legibility of mythic thinking and ritual practices as revealing categories of thought that yield their own logic. Hence, to understand mental categories we take for granted as our own, such as time, space, memory, work, craft, art, and even the idea of the person, requires acts of decipherment through the language, the ‘codes,’ of myth. The excitement of these essays lies in a virtuoso handling of data of every sort — archaeology, history, literature, and iconography — and the complex web of associations that emerge from these interdisciplinary investigations, all presented in lucid, readable prose. Myth and Thought has much to offer the specialist and nonspecialist alike, and to those not already familiar with Vernant’s work, the promise of much more in store.”
— Froma Zeitlin, Charles Ewing Professor of Greek Language and Literature and Professor of Comparative Literature at Princeton University