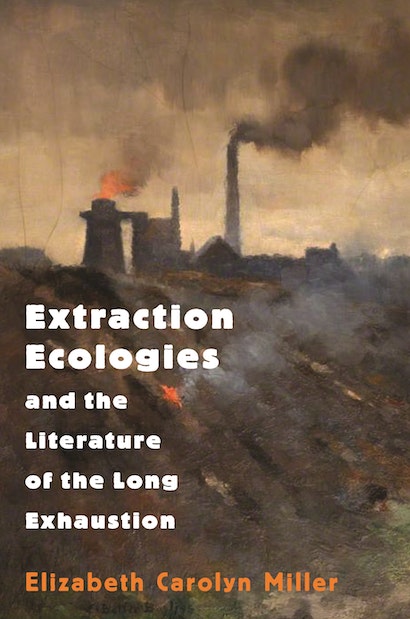 During the 2021–22 academic year, the UCLA Center for 17th– & 18th-Century Studies and William Andrews Clark Memorial Library will host the Core Program entitled “Victorian Apocalypse: The siècle at Its fin.” This program of lectures and presentations aims to reassess the ways in which the 1890s in particular as an era has strong associations with theories of decadence, degeneration, and disease. “Victorian Apocalypse” will draw attention to the significance of UCLA’s unrivaled collections relating to the 1890s, especially the life and work of Oscar Wilde, which are which are held in the Clark Library collections.

In The Birth of Energy: Fossil Fuels, Thermodynamics, and the Politics of Work (2019), Cara New Daggett identifies the Victorian era as the beginning of the “ideational” Anthropocene, a “dawning consciousness” that human-industrial impacts “might be planetary and truly catastrophic.” This roundtable showcases new approaches to Victorian literature and culture that address this rising sense of the inseparability of the social and natural worlds. In dialogue with Elizabeth Carolyn Miller’s new book Extraction Ecologies and the Literature of the Long Exhaustion (2021), the scholars on this panel reexamine the Victorian period through the lenses of climate change, infrastructure studies, and the energy humanities, focusing on the socio-ecological impacts of extraction and industry in the nineteenth century and beyond.

The 1830s to the 1930s saw the rise of large-scale industrial mining in the British imperial world. Elizabeth Carolyn Miller examines how literature of this era reckoned with a new vision of civilization where humans are dependent on finite, nonrenewable stores of earthly resources, and traces how the threatening horizon of resource exhaustion worked its way into narrative form.

Britain was the first nation to transition to industry based on fossil fuels, which put its novelists and other writers in the remarkable position of mediating the emergence of extraction-based life. Miller looks at works like Hard Times, The Mill on the Floss, and Sons and Lovers, showing how the provincial realist novel’s longstanding reliance on marriage and inheritance plots transforms against the backdrop of exhaustion to withhold the promise of reproductive futurity. She explores how adventure stories like Treasure Island and Heart of Darkness reorient fictional space toward the resource frontier. And she shows how utopian and fantasy works like “Sultana’s Dream,” The Time Machine, and The Hobbit offer imaginative ways of envisioning energy beyond extractivism.

This illuminating book reveals how an era marked by violent mineral resource rushes gave rise to literary forms and genres that extend extractivism as a mode of environmental understanding.

Elizabeth Carolyn Miller is professor of English at the University California, Davis. She is the author of Slow Print: Literary Radicalism and Late Victorian Print Culture and Framed: The New Woman Criminal in British Culture at the Fin de Siècle. Twitter @ecmille1