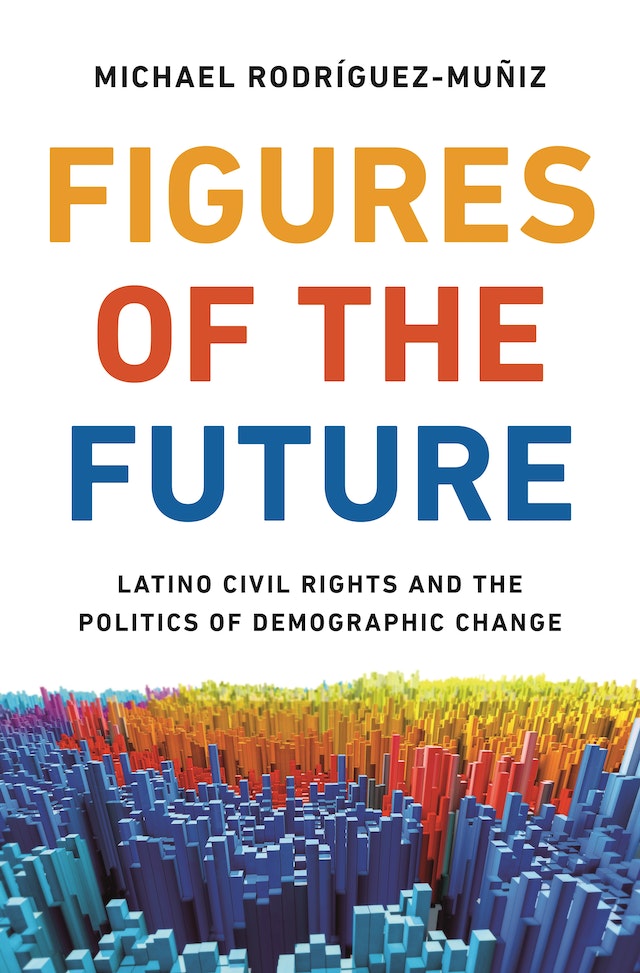 Figures of the Future
Available in 2 editions
Buy This

Michael Rodríguez-Muñiz is assistant professor of Sociology and Latina/o Studies at Northwestern University. His current research focuses on ethnoracial knowledge and Latinx politics. His first book, Figures of the Future: Latino Civil Rights and the Politics of Demographic Change, is forthcoming with Princeton University Press. He is the winner the 2016 American Sociological Association Dissertation Award and has published in the American Journal of Sociology, American Journal of Cultural Sociology, Ethnography, Qualitative Sociology, and Engaging Science, Technology & Society, and several edited volumes. His next major research project will explore the history of Puerto Rican radicalism, memory, and state repression in Chicago.

Cristina Beltrán, Ph.D., works at the intersection of Latinx politics and political theory. She is an associate professor and director of graduate studies in the Department of Social and Cultural Analysis at New York University. Her work has appeared in Political Theory, the Du Bois Review, Aztlán: A Journal of Chicano Studies, Political Research Quarterly, and various edited volumes. She is currently the co-editor of Theory & Event, a peer-reviewed journal that publishes work by scholars working at the intersections of political theory, cultural theory, political economy, aesthetics, philosophy, and the arts. She is also an occasional guest on MSNBC.

Her latest book Cruelty as Citizenship: How Migrant Suffering Sustains White Democracy explores the American right’s deep antipathy toward nonwhite migrants from Mexico and Latin America and examines why acts of cruelty against migrants are so gratifying (and even pleasurable) for many in the Republican Party.