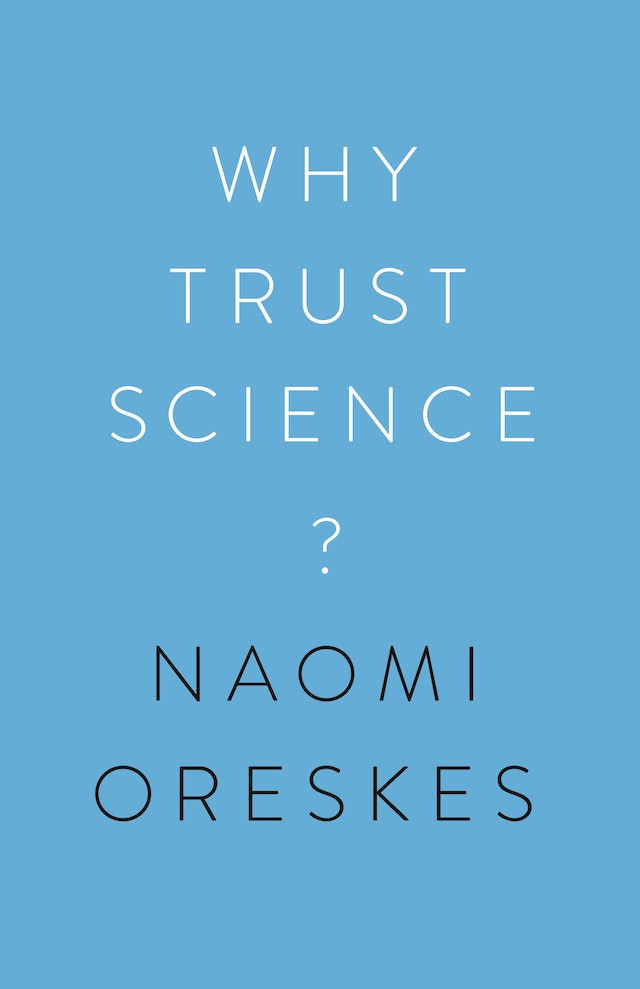 Why Trust Science?
Available in 2 editions
Buy This

Science is continually changing with new findings and discoveries. When people reject these findings, we end up in a position where we can’t make intelligent decisions about important matters.

Join Naomi Oreskes as she explores how the trustworthiness of scientific claims derives from the rigorous vetting they go through.

In this talk, Naomi discusses how people need a more realistic view of science’s strengths and weaknesses, so when mistakes do inevitably happen, we don’t discredit science completely.

Naomi Oreskes is Professor of the History of Science and Affiliated Professor of Earth and Planetary Sciences at Harvard University. A world-renowned geologist, historian and public speaker, she is a leading voice on the role of science in society and the reality of anthropogenic climate change.

Naomi is author or co-author of 7 books, and over 150 articles, essays and opinion pieces, including ‘Why Trust Science’ and the popular ‘Merchants of Doubt’. ‘Merchants of Doubt’, co-authored with Erik Conway, was the subject of a documentary film of the same name produced by participant Media and distributed by SONY Pictures Classics, and has been translated into nine languages. A new edition of ‘Merchants of Doubt’, with an introduction by Al Gore, will be published in 2020.

In 2018 she was named a Guggenheim Fellow for a new book project with Erik Conway, ‘The Magic of the Marketplace: The True History of a False Idea,’ which will be published by Bloomsbury Press in September.

The live stream will go live at 6.55pm, and the introduction will begin at 7.00pm. If you register but miss the live stream, the video will be available to you via the same link for up to a week after the event date.