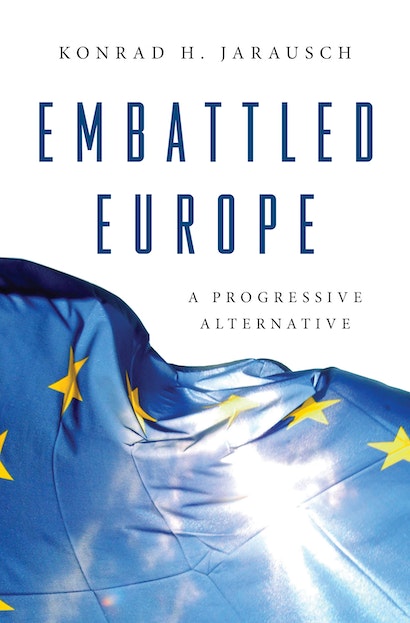 The first election after Chancellor Angela Merkel’s retirement was eagerly awaited, since it would show the direction of Germany’s and Europe’s future. In the sixteen years of her tenure, her rational pragmatism was a stabilizing factor in domestic and international politics, making the East German pastor’s daughter and trained physicist a predictable force of moderation. Cautious but determined, Merkel had moved the Christian Democratic Union into a centrist direction, often following Social Democratic initiatives of her partner in the “grand coalitions” that marked all but one of her terms. Even when she undertook daring measures like ending nuclear power or the admitting a million refugees, she acted largely in accord with popular sentiment. It therefore seemed likely that a grateful electorate would keep her governing party in office so as to continue her moderate policies. But when the voting returns came in, the surprising result was a narrow 1.6% win of the center-left Social Democratic Party, the oldest German political grouping that many pundits had earlier pronounced dead. Ironically, the electorate chose to continue Merkel’s policies—but with a different party, the real SPDs. So what happened? And what are the likely consequences?

Part of the reason for the outcome was a lackluster election campaign. Merkel’s initial designated successor Annegret Kramp-Karrenbauer had failed in the run-up and been shunted aside into the Ministry of Defense. The second pretender, Armin Laschet, the jovial minister president of the largest federal state of North-Rhine Westphalia, ran a flawed campaign, barely beating out the head of the Bavarian sister party Markus Söder in the nomination struggle. This internal wrangling in the CDU protracted uncertainty about the nominee, while Laschet failed to capitalize on the flooding catastrophe in his home state by looking irresponsible on TV. In contrast, the sober North German SPD candidate Olaf Scholz, who served as finance minister in the grand coalition, projected a more competent and reliable image, which generated trust in the electorate. For once, the Social Democrats did not do each other in, but stood united behind their candidate. Scholz somehow managed to suggest that his sensible style was both a continuation of Merkel’s centrist policies and a departure towards a broadening of the welfare state.

Often overlooked by commentators was another factor, namely the erosion of the two leading people’s parties and the pluralization of the political spectrum that had already happened in other European countries. Instead of each gathering about half of the votes, the CDU and SPD have shrunk to about one quarter of the ballots, since their umbrella approach could no longer compete with the more focused ideological message of smaller parties. Profiting from this erosion has been the Green Party, which itself had appeared to be a potential overall winner in early surveys, but whose neophyte candidate Annalena Baerbock also made mistakes, like plagiarizing passages in a campaign book, that cost her the lead. Its emphasis on the climate catastrophe resonated especially with well-educated younger urban voters, attracting about 15% of the vote. Another small party that profited from the weakness of the larger parties was the Free Democrats, a libertarian group endorsed by younger businesspeople who clamored for neoliberal deregulation and increased digitalization as overdue reforms. Led by Christian Lindner, the FDP gained about 12% of the vote. This structural transformation of the electorate has left the Greens and FDP in the role of kingmakers, since both are needed in order to create a parliamentary majority.

While the splintering of political affiliations renders the creation of a coalition govern­ment difficult, the result has reinforced the center since both extremes were weakened. The populist Alternative for Germany (AfD) stalled around one-tenth of the vote, reassuring the international community that Berlin would remain a stable democracy. At the same time, the radical post-communist party, the Left, did not even manage 5% of the vote, getting into the Bundestag only by virtue of capturing three seats directly. Since both extremes have excluded themselves from governing, the real negotiations involve the two former Volksparteien CDU and SPD for the chancellorship as well as with Greens and FDP as smaller coalition partners. As election winner and by popular preference, the Social Democrats are likely to govern, even if the Christian Democrats remain reluctant to cede power. The left-center coalition is called Ampel, since its colors red/yellow/green resemble a traffic light whereas the right-center coalition is named Jamaica after the black/green/yellow flag of the island nation. The creation of such a coalition is likely to take some time, since the members of either grouping have to make considerable concessions which is bound to strain the credulity of their members.

The likely consequence of this contested outcome is a blend of general continuity and cautious departure. If Scholz manages to put together an Ampel coalition, his own party will push for further welfare state measures such as a higher minimum wage, housing subsidies and secure retirement pay. But the Greens will only enter government, if they can show that credible measures will be taken against global warming by transiting to renewable energies, introducing electric cars and the like. At the same time, the FPD will insist on neoliberal economic and digitalization policies while excluding tax increases. Whether a worn-out CDU will admit that it has lost the election and how these contending aims can be reconciled with each other remains to be seen. All parties have promised to negotiate quickly so as to shorten the uncertainty of the transition; meanwhile chancellor Merkel will continue in a care-taker role until a solution is found. Fortunately on the international plane, the chancellor candidates are largely in agreement, since both have pledged further support for the European Union and a reset of transatlantic relations with the Biden administration. Even if it will take more time until the name of the new chancellor will be known, the results of the election are reassuring on the whole. But then further surprises can never be excluded.

Konrad H. Jarausch is the Lurcy Professor of European Civilization at the University of North Carolina, Chapel Hill. His many books include Out of Ashes: A New History of Europe in the Twentieth Century and Broken Lives: How Ordinary Germans Experienced the 20th Century (both Princeton). He lives in Chapel Hill and Berlin.