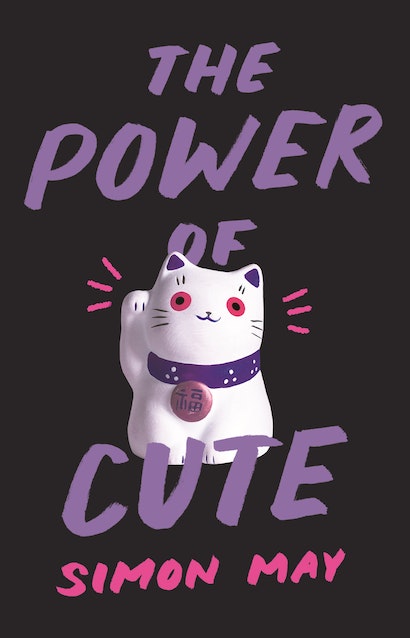 The Power of Cute
Available in 3 editions
Buy This

Cuteness has taken the planet by storm. Global sensations Hello Kitty and Pokémon, the works of artists Takashi Murakami and Jeff Koons, Heidi the cross-eyed opossum and E.T.—all reflect its gathering power. But what does “cute” mean, as a sensibility and style? Why is it so pervasive? Is it all infantile fluff, or is there something more uncanny and even menacing going on—in a lighthearted way? In The Power of Cute, Simon May provides nuanced and surprising answers.

Although “cute” is a versatile word in English, we questioned our multilingual colleagues and learned that that’s not necessarily the case in other languages. Read on for an exploration of “cute” around the world.

I think the closest equivalent to the English “cute” would be the German word “süß,” which means “sweet” or “adorable.” Babies can be “süß” as can animals or people, or you could use the word to describe a certain behavior (as in how somebody smiles). Other words that get close to the English “cute” are “niedlich,” or “reizend” or, very colloquially (and in my opinion inappropriate and outdated because it is used in a more sexual way for young females): “schnuckelig.”  That word in fact seems straight from the 50s and 60s, so one would hope not to hear it much any longer except perhaps in an ironic and self-reflective way, we hope? Then there is “putzig” (somewhat arcane, perhaps for a small furry animal) or “goldig” for a young child. On reflection, there isn’t quite one exact word that expresses all the connotations that we have for the English “cute.”

The first thing that comes to mind when I think of CUTE being expressed in our Jamaican culture, or “patois,” is in describing a woman—is a “Miss Hottie Hottie.” A “Miss Hottie Hottie” isn’t limited to North America’s standard of beauty; her body type can be big, medium, or small, her complexion can be medium, dark, or fair. It doesn’t matter her class status. A CUTE ‘ooman (note the spelling of the word woman in our patois language) know how fi put dem self together! Di clothes don’t have to be expensive. Dem just know how fi wear di clothes to look fashionable.

The English word “cute” is astonishingly versatile. A vast range of living things, inanimate objects, and places can be called cute. If you’re visiting a charming little town, for instance, you might remark on how “cute” it is. The closest equivalent to cute in Polish is the word “słodki,” a homonym that means sweet. It is pronounced swuht·kee. Słodki can be used literally and figuratively, but only within certain limits. I could call a baby “słodki” or a puppy “słodki” or a cup of tea “słodki,” but I would be remiss to describe a town as słodki. For that, I would have to say “uroczy” (oo·ruh·chih), which translates roughly to “charming”—but uroczy too has its limits. Alas, there is no word in Polish with the same distinctiveness and adaptability as cute.

Depending in which Spanish speaking country you are, there are many particular ways of saying cute. In Venezuela, the word cute would translate as “cuchi,” and refers to something or someone small and cute, as a baby or a figurine such as Hello Kitty. It would also apply to a sweet situation, such as a small kid randomly giving someone a hug. In Spain, cute is ‘mono/mona’ and applies to babies, and is used to describe an attractive person of any age.

There are some words that do not translate seamlessly into Russian, “privacy” and “savory” are classic examples. I think cute is one of them. The common translation of “cute” is милый or милая (female), it sounds like miliy /milaya. However, this translation has other meanings, depending on the context. Generally it covers the more romantic aspect of cute, and it is often used to describe a kind and/or attractive person, it is quite beyond the cute spectrum. If I wanted to describe a cute comedy, or a comically cute puppy, I would say забавный or забавная (female) sounds like: zabavniy /zabavnaya.

In Chinese, there are two different ways to describe cute. One is “可爱,” which means loveable, in the sense of being cute. The other expression is “萌,” which actually derives from a Japanese word “萌え.” “萌” means something new born, for example we would refer to a sprout as “萌芽.” Another word to describe cute things that illicit an emotional reaction is “萌,” used most often by the younger generation.