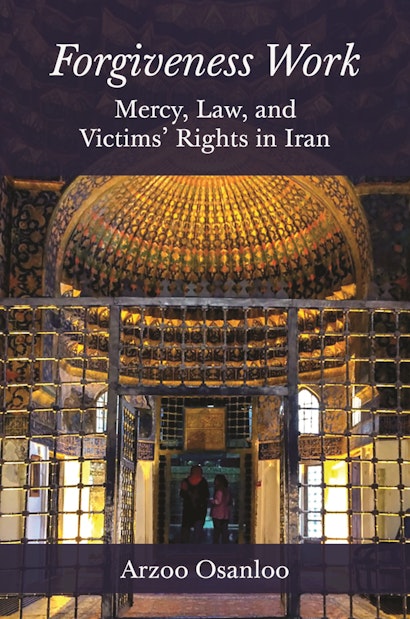 As many of us march in the streets or watch televised protests, we are forced to acknowledge the brutalities of our punitive justice system across the United States. On July 14th, 2020, the violence embedded in the system was further highlighted when the federal government administered the death penalty for the first time in seventeen years—over the objections of the victims’ relatives. Now many of us wonder how this will end. We ask ourselves, how will we come together? How might we envision criminal justice reforms that not only address racial and economic injustice, but also include the concerns of the families of victims? Can studying how other societies resolve disputes, as Laura Nader has suggested, provide any solutions? What insights can a criminal justice system that privileges victims’ rights, such as the one in Iran, offer?

While the severeness of the Iranian justice system is known to many outside observers, it is little known or understood that Iran’s retributive justice system affords victims’ kin as much a right to forgo retribution as it does to exact it. For the past ten years, I have studied Iran’s criminal justice system and observed how the major revisions to its penal code in 2012 affect dispute resolution between parties. But even before that, Iran’s system of criminal justice privatized murder—that is, it treated it as a tort in which each member of the victim’s next-of-kin possessed a private right of retribution.

After the 2012 revisions to the penal code, the state arguably amplified the emphasis on forbearance over retribution. And, with the 2015 revisions to the code of criminal procedures, it created an affirmative duty on the part of judicial official to advocate for forbearance. The forbearance provision, however, is left intentionally broad with regard to how victims might arrive at the decision to forgo retribution. In short, it allows private citizens, having nothing to do with the crime, to participate in myriad ways in advocating for victims’ next-of-kin to forgo their right of retribution.

The intentionality with respect to the lack of methods or guidance for achieving forbearance arises, of course, from the state’s need to express impartiality with respect to the rights of victims of a private harm, but it also implicitly affirms the organic rituals and practices of the victims with regard to forbearance. And yet, the “coloring-in,” as my interlocutors called it, of the right of forbearance in the penal code, provided opportunities for parties, including judicial officials, to engage victims’ families in at least contemplating what it would take for them to forgo retribution.

While state actors outlaw anti-death penalty activism, they both participate in and encourage forgiveness work, and thus a quiet movement emerges not against the religiously (and thus state) authorized right of retaliation, but in favor of the even more sanctioned act of forbearance. For, the Qur’anic verses authorizing retaliation specify that forbearance is indeed better (2:178 and 5:45).

And so, I suggest, the penal code, while expanding forbearance yet intentionally refraining from regulating it, also cultivated the emergence of a cottage industry of forgiveness workers who labor to inspire forbearance, both privately and in society at-large. These forgiveness workers, who range from judges, lawyers, public intellectuals, and social workers, to renowned artists, actors and athletes, work in numerous spaces to change, according to a number of my interlocutors, the culture on-the-ground from one that seeks retaliation to one that fosters forbearance.

The work of these actors ranges from holding private meetings between victims’ next-of-kin and perpetrators and their families to producing moving pieces of art, such as documentary theater, for example, the play, The Blue Feeling of Death. The effect of these artistic endeavors, often performed in small towns across the country, is to connect individuals—both victim and perpetrator—to systematic social injustices, leaving citizens to recite and contemplate the eleventh-century verse from the Persian poet and philosopher, Naser Khosrow’s Eagle’s Pride, “as maast ke bar maast” (from us that is to us).

So, in all of this forgiveness work, what do we learn? What do victims’ families want? They want peace of mind. Forgiveness offers them that, but often, not before they have had a chance to expel anger and frustration. Often they seek, request even, meetings with perpetrators and their families. Beyond apology, they want to share their grievance with the only individuals who can begin to contemplate their pain—those over whom they hold the power to live or to let die. This act of magnanimity, if it ever comes, is not clean—or “pure” as Derrida, has noted—but it recognizes the imbalance of power and the human need to correct it. It is, however, a far cry from “no contact orders” that many perpetrators on U.S. death row face, leaving their victims to call foul. “He never even said he was sorry,” one interlocutor in the US told me, unaware of the prohibition on the perpetrator against reaching out to his victims.

A system of justice may rightly eschew the private right of retaliation as a form of vengeance, but the other end of the spectrum, cutting the victim off from the perpetrator completely, may also have its drawbacks for failing to allow for forgiveness to emerge as a presence of mind. Ultimately, forgiveness in its many forms, is part and parcel of justice and is deeply rooted in many socio-cultural traditions. It can be the basis of both individual healing and community reconciliation. While forgiveness is not the end of injustice, it is a beginning that can forge the pathways to broader social and economic rapprochement.

Arzoo Osanloo is associate professor in the Department of Law, Societies, and Justice and the director of the Middle East Center at the University of Washington. She is the author of Forgiveness Work and The Politics of Women’s Rights in Iran (Princeton).