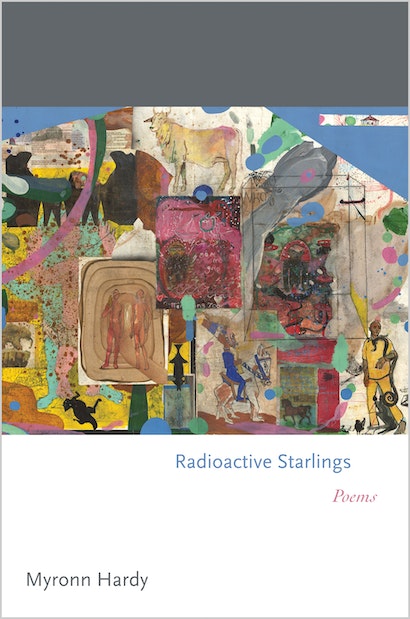 After having a conversation about a novel I’ve since forgotten, my undergraduate literature professor at the University of Michigan gave me a paperback copy of Robert Hayden’s Collected Poems.  Perhaps this gesture was to end our conversation as he had a flight to catch or, more effectively, optimistically, this was to preface another: one that would extend more than an hour in an office?  I hadn’t heard of Hayden or his poetry, so I was curious, especially since my professor gave me the book and said, “read” before leading me outside the office, locking the door and exiting the building.

There I was in front of the building, in front of the heavy oak and glass doors waving to a swiftly- moving-wrinkled trench coat and holding that gray book thinking it matched the sky’s grayness, the pavement’s grayness, the grayness of my sweater, the grayness I felt.  My professor didn’t even say, I think you’ll like it.  Or this is a necessary poet, or by reading these poems your poetry may deepen.  I was uncertain he knew I actually wrote, attempted to write, hoped to write.

“I had found an imagination to step within, believe, one that would magnify my own.”

I went to the café on State Street, ordered a green tea and began reading that book.  There was a progression, a movement in those poems, in myself as I read.  Those stark-glimmering short lines, the longer lines that seemed to float from the page, absorb into the air like sandalwood or the oily spray of clementine peels.  His poems speak to beauty, tragedy, Americanness, African-Americanness, myths both African and Western, the natural world, the personal, urbanity and rurality.  All of these strands stitched into poems where the stitching is invisible, where I surrendered to that language and craft.  I had found a poet to follow, to aspire association.  I had found an imagination to step within, believe, one that would magnify my own.

I didn’t read the whole book in that café but did in my dorm room that evening.  For a couple of days around campus and to my classes, I wore a silk bowtie in his honor– it ended up not being my style or rather, due to peer pressure, I stopped.  However, I kept the loosened tie on top of my dresser just to remember, to ponder Hayden.

He broke the silence to say Hayden had taught at the University for several years, before my time, our time.  But what mattered was he’d been there, and his presence, his energy remained.

Hayden heightened my sense of possibility as a poet.  That wide imagination could live in the poems I would write.

Years later, I read of Hayden garnering the grand prize for poetry at the First World Festival of Negro Arts in Dakar, Senegal in 1966.  A year later, he attended the ceremony in New York City to receive the award from Senegal’s first president Leopold Senghor.  Langston Hughes was at that ceremony and there asked Hayden to autograph his Selected Poems.

I don’t believe Hayden was in Dakar when his award was announced in 1966.  When I traveled to Dakar in 2014, I thought of Hayden.  I wondered how he would have absorbed that city.  How he would have walked in the sun with all of that pink sand on the ground, the light dusting of it on roofs and windshields of parked cars.  I wondered what poems he would have made if he’d see the hustle of that city, the beauty of it and its people, its pace.  I wondered what meal he and Senghor would have had together.  And if, after the tea was poured, they’d read each other’s new poems pulled, simultaneously, from the hidden pockets of their linen blazers.

But this is just me wondering, imagining.  These poems may be the ones I will, at some point write with my eyes closed to the sun.