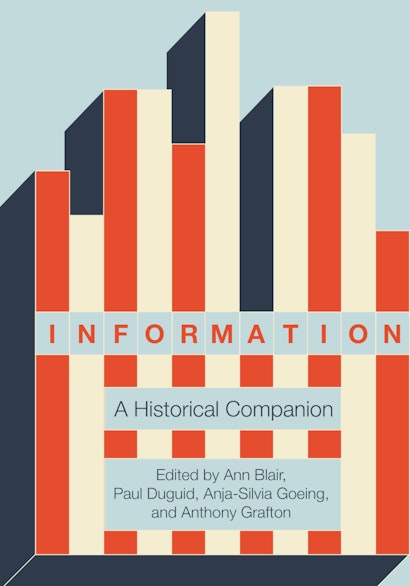 Information
Available in 2 editions
Buy This

Over Christmas week I reread Arthur Conan Doyle’s Sherlock Holmes stories. I had first read them as a child, working slowly through a worn red volume that contained them all. Since then I’ve often gone back to parts of the corpus, usually in tattered paperbacks. This time I turned to a digital version, rife with misprints, which I read in the Kindle App on my iPad.

Each reading left me with a different impression. As a child I discovered a hero: I admired Holmes’s brilliance, and mocked Watson’s stupidity. As a young professor, informed by a dazzling essay by Carlo Ginzburg, I learned how to set the stories into a historical context. Ginzburg revealed the similarities between Holmes’s dazzling leaps of inference and those of Sigmund Freud, Giovanni Morelli, and other real savants of the late nineteenth century, who also drew startling conclusions from tiny, almost imperceptible clues.

This time, too, I found a new Holmes. I came back to him after serving, with Ann Blair, Paul Duguid and Anja Goeing, as one of the editors of Information: A Historical Companion. This massive compendium seeks to show that information has been a vital part of human society for millennia—and especially since the middle of the second millennium CE. The books’ long articles and shorter notices portray many different kinds of information and the technologies, social and physical, by which it was recorded, preserved and transmitted. Its authors practice forms of history that have taken shape in recent decades: histories that take as their subject the different forms of communication and ways of making knowledge, institutions such as the archive and the library, and enterprises such as publishing and computing. As we worked with colleagues to define our subject and the best ways to cover it, we realized how vast it is. Though necessarily selective, Information ranges across times, places, and topics, from the Spice Trade and the Silk Routes to transatlantic cables and the World Wide Web.

After multiple readings of the articles and notices in Information, Holmes seemed less a brilliant non-conformist than a figure in a period landscape. Again and again, Doyle portrays his detective as an information master, in a range of senses all particular to his period—one in which, as Information shows, many new technologies and practices took shape. A remarkable range of technologies inform Holmes about the city of London and the larger world in which it is embedded. Newspapers allow him to follow notorious cases, not just day by day but edition by edition, and to send out specific requests for information, using their Agony columns. Telegraph offices keep him connected with Watson and his clients and enable him to collect information rapidly from foreign sources. Printed directories enable him to pick the “good train” that will take him and Watson from the safely populous streets of London to the scarily empty countryside.

Holmes also profits by living in a great age of encyclopedic compilations, assembled in new national libraries and archives—the age of the New English Dictionary, the Dictionary of National Biography and the Eleventh Edition of the Encyclopædia Britannica. Ordnance Survey Maps provide him with detailed topographical information when he leaves the safe, crowded streets of London for the leafy, deserted and scary lanes of the countryside. Weighty books, freshly printed, provide more esoteric information. Confronted by mysterious prints of tiny, bare human feet in The Sign of the Four, Holmes has the information he needed right at hand: “He stretched his hand up, and took down a bulky volume from the shelf. ‘This is the first volume of a gazetteer which is now being published. It may be looked upon as the very latest authority. What have we here? ‘Andaman Islands, situated 340 miles to the north of Sumatra, in the Bay of Bengal.’ … Ah, here we are. ‘The aborigines of the Andaman Islands may perhaps claim the distinction of being the smallest race upon this earth.’” Holmes himself, moreover, is portrayed as a zealous positivist scholar. He examines archival documents and prehistoric barrows as expertly as mud splashes and tobacco ash, and files the results of his reading and excerpting systematically in a massive collection of notebooks, which he regularly consults.

No wonder, then, that Holmes himself insists that a detective must have not only “quick intuition” but also a “wide range of exact knowledge.” Information plays as central a role as observation and inference in his detective practice. And that makes a further inference—if not a Holmesian deduction—possible. Like us, Conan Doyle and his readers were interested in information, its multiple sources and possible uses. They wanted not only to watch Holmes being brilliant, but to learn how he knew so many things. Doyle’s stories—like so many other artifacts and technologies—show us vividly that we are not the first to hunt, gather and use information of every kind. And if Information: A Companion to its History had a motto, it could be that.