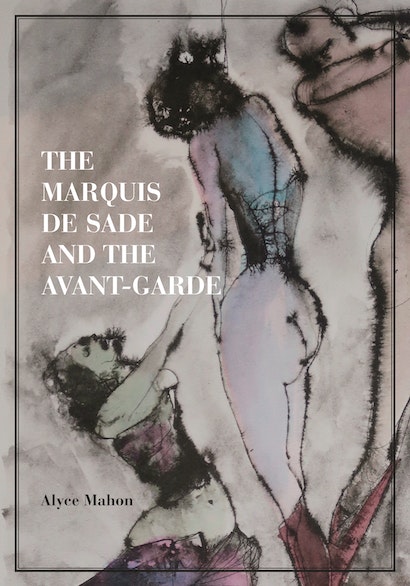 As many of us look out at the world from behind the walls and windows of our homes or reach out to others through screens and online chats, we increasingly find the boundaries between time and space blurring before our eyes. The walls may not yet be speaking to us, but we notice them in new ways. Often named the ‘divine Marquis’, the libertine philosopher known as the Marquis de Sade (Donatien Alphonse François de Sade, 1740- 1814) spent some thirty years behind closed doors—in the prisons of the Château de Vincennes and the Bastille, or in the Charenton Asylum, in Paris. His first letters from prison in 1777 describe an existence “locked up behind nineteen iron doors” and a desire to “crack my skull against these walls,” but he learned to survive incarceration through writing and the ‘windows’ of his imagination. Writing under three regimes—Louis XVI, the Terror and Napoleon Bonaparte, he found escape from the horrible confinement of his cell in detailed fantasies of sexual orgies, sodomy, torture, butchery and cannibalism. This is the cruel, libertine universe that we too can enter on reading The 120 Days of Sodom, or The School of Libertinism (1785), Justine, or The Misfortunes of Virtue (1791), Philosophy in the Bedroom (1795) and The New Justine, or the Misfortunes of Virtue, Followed by the Story of Juliette, Her Sister (1797).

Whether staged in the imagined château of Silling, with its thirty-foot-high walls, or in a boudoir, Sade’s work is united by the architectural motif of the enclosed space. The breathless syntax of his writing and the relentless cruelties of his plots reinforce the sense of confinement - an airless chamber echoing with the cries of multiple victims and the ejaculatory delights of libertines. Sade weaves his libertine texts on, in, and out of, a huge range of bodies as he describes young and old, beautiful and ugly, heterosexual and queer bodies, drawing the reader into a Dantesque world in which all facets of society come under attack—church, nobility, judiciary, capitalist. The Enlightenment values of beauty, virtue, innocence and candour are shown to only fuel libertine passions, begging to be violated.

Why read Sade? To borrow the words of his libertine heroine Juliette, “Philosophy must never shrink from speaking out”. He demonstrates the mind’s potential not simply to turn inwards from actual brick walls when we are deprived of our liberty, but the sheer power of the imagination to explode all boundaries. As Simone de Beauvoir noted in her existentialist essay “Must We Burn Sade?” (1951), Sade’s literary efforts demonstrate to the modern world his imaginative ability to escape “space, time, prison, the police, the void of absence.” Dominique Aury, who explored Sadean ideas in her erotic novel Story of O (1954), observed that Sade demonstrates that “we are all jailers, and all in prison, in that there is always someone within us whom we enchain, whom we imprison, whom we silence.” Since the early 20th century, men and women of the avant-garde have turned to the Sadean imagination not simply to dive into the abyss of sexual terror but to challenge Western civilisation, political oppression, and sexual hierarchies. They have continued Sade’s promise to his long suffering wife Renée-Pélagie de Montreuil: “my pen will be my weapon, as long as fate does not furnish me with others.”

Why read Sade in the midst of a pandemic as we face a public health, economic and environmental crisis? His fiction wallows in venereal disease, poverty, greed and famine—themes which resonate with our present times—as do his novels’ evocation of “absolute solitude,” to borrow Maurice Blanchot’s words. Sade’s dark and claustrophobic texts speak to space itself as a metaphor for the constraints and aspirations of the human condition, but they also allow momentary escape by breaking down walls with the limitless power of the imagination.