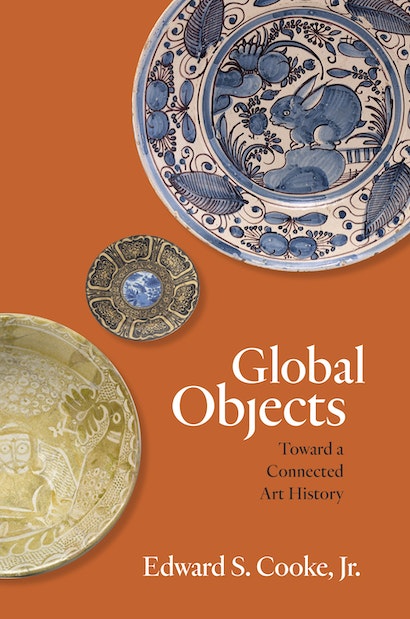 In a time of screen saturation, digitized images of objects and manuscripts, and an emphasis on “knowledge workers” rather than craftspeople, we run the risk of becoming materially illiterate. Increasingly, we have little idea from where materials originate, what they are like to work with, or how they are assembled. We take labels or written descriptions of objects at face value and lack the ability to assess them for ourselves through knowledge of materials or processes. Nor do we recognize how objects can tell us a great deal about the creative impulses and lived experiences of different times that have not been recorded in written or visual records. When we privilege sight and visual analysis alone, we fail to use a full battery of analytical tools deploying our eyes, touch, and embodied experiences to understand the material world. How might we link visual, haptic, and tacit knowledge of the material world when we have become distant from making and are more comfortable with approximations?

Formal visual analysis—a focus upon type and external aesthetic decoration—privileges appearance and often rests upon value systems generated outside of original context. An obsession with design sources, linear avenues of transmission, and identification of individual craftspeople has dominated the traditional study of decorative arts. Such an emphasis leads naturally to a hierarchy in which an idealized type or style is identified and charted as it moves outwards from the center to the periphery. Within a colonial structure, this narrative has typically been attributed to cultural lag, mindless imitation, racial inferiority, or misunderstanding. This approach also draws attention to makers who have marked their products or appeared in written records, thereby skewing in favor of those who work in the metropole. But what happens when one begins from the inside—by considering the choice of materials and techniques from a wide variety of possibilities and understanding an object on its own terms? What can be learned from an understanding of an object’s interior, of its structural logic, and then moving outwards to its context?

In interpreting functional works of art, one needs to think beyond the façade or style of the finished product. It is often the evidence of the unconscious act of the maker—the substrate, interior, or back rather than the surface, exterior, or front—that provide a true sense of the conditions of its creation. Materials are the crucial first step in delving into this hidden history of an object. The inherent possibilities of a particular medium can restrict or encourage certain action in the fabrication of objects. For example, Kongo weavers of the 16th century understood the techniques and effects of European cut pile velvet cloth but used their familiar raffia material and weaving practices to produce visually similar work that impressed European visitors. Such adaptation by the weaver turns an imperial perspective on end. Finished objects result from the interconnection of material, technique, and idea; resources, culture, and the maker’s body and brain all play active roles. An awareness of materials and an extrapolation of the maker’s technical knowledge from the artifactual evidence allows us to understand an object in its original context rather than stopping with a face value assessment and projecting an ahistorical interpretation on it. In short, attention to materials is the first step in giving voice to the maker and their work.

Once materials are harvested or processed, artisans transform them into objects through a series of interrelated steps of fabrication, decoration, and finish that altogether can be called realization. By recognizing that skilled work takes place over a considerable geographic and temporal range, we can divest ourselves of the notion that technology has continually improved and that the present offers the most advanced form of workmanship. Paying attention to the tacit knowledge and dexterous actions of past cultures questions this progressive model and allows us to see both refined and quotidian objects in a different light. We can see why some luminous East Asian objects, such as lacquer or porcelain, elicited a sense of wonder or why lightweight colorfast cottons from South Asia attracted the attention of the world. But we can also appreciate the simplicity of a turned wooden bowl used in medieval Britain or the deep gold color of cast copper alloys from the Deccan. The low-tech backstrap loom of the Andes, the integrated crucible molds of African copper alloy workers, and the ground-based woodworkers of South Asia all produced objects that continue to be admired for their sophisticated workmanship and beauty.

Systematic and sustained analysis from the inside out thinks through materials and techniques to understand function, desire, and meaning. How something is made is as important as why it is made and what it looks like. The ultimate goal of this sort of object-driven inquiry is a material literacy informed by cultural curiosity and an appreciation for diverse approaches to problem solving that supplants an inclination to judge, classify, and rank in hindsight. Objects, more than simply reflections of static values, are complex entities that defy easy categorization. They act as active, symbolic agents that emerge in specific contexts and can change in form, use, or value as they move across time and space. Human activity creates material culture, which in turn makes action possible while also recursively shaping and controlling action. Studied in this way, objects are truly at the center of interdisciplinary, cross-cultural study since they arise from specific socio-economic contexts, mediate social and cultural relations, and become important bearers of meaning and memory. Material literacy is key to acknowledging and understanding this complexity.

Edward S. Cooke, Jr. is the Charles F. Montgomery Professor of American Decorative Arts at Yale University. His books include Inventing Boston: Design, Production, and Consumption, 1680–1720 and Making Furniture in Preindustrial America: The Social Economy of Newtown and Woodbury, Connecticut. He lives in New Haven, Connecticut.