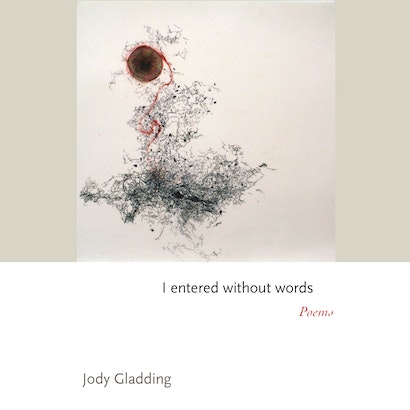 I entered without words
Available in 3 editions
Buy This

I entered without words: Poems has been described as “landscape oriented” in every sense. Originally a photographic term, now applied to a horizontal page, landscape orientation is, for me, a poetics. A poetics that begins by questioning the term “landscape” itself.

“Since Europe invented the term ‘landscape’ in the mid-sixteenth century, its meaning has not evolved. Consider its most recent definition (Robert dictionary): landscape is ‘the part of a country that nature presents to an observer.’ ‘The aspect of a country,’ ‘the territory that extends as far as the eye can see.’”

That’s what French sinologist and philosopher François Jullien writes in Vivre de paysage, his wonderful 2014 inquiry into the limitations of the Western notion of landscape. He continues, “Europe has not gotten beyond this idea, or rather this assumption, that landscape can be detached from land (i.e., the eye of the observer ‘carves’ the ‘landscape’ out of the ‘land’).”

Jullien goes on to explain that the term was coined in relation to painting for what filled the “empty corners” of the canvas, as background or decor. Thus, the primacy of visual perception: “There is the ‘observer’ on one side, and ‘nature’ on the other, and the two are separate from one another, subject and object. In other words, our thinking about landscape is embedded within fundamental structures of Western thought.”

And the alternative? Or an alternative? In Chinese, the term is “mountain(s)-water(s)” shan shui 山 水 or “mountain(s)-rivers(s)” shan chuan 山 川. Dating from antiquity and still used today—like our term, never evolving, never questioned—it doesn’t indicate a portion of nature fixed by the eye of the viewer, but rather a dynamic play between the factors and forces “by which the world is fundamentally conceived and organized.” On the one hand, there is the tendency toward height, immobility, permanence, form: mountain; on the other, the tendency toward depth, motion, variance, formlessness: water. “The opaque and transparent, solid and dispersed, stable and fluid, mixing together and enhancing one another.” The Chinese “mountains-rivers” names the endless interactions between the contradictory and coupled energies of yin and yang, from which the human is not separate but within, in this world, among the mountains and the waters.

In considering the Chinese alternative, we can see how our experience of landscape—our sense of the natural world as backdrop, the scenery we gaze at (or ignore) while the drama of our lives unfolds before it—is shaped by our word for it. We can see this writ large, reflected in how slowly we are coming to terms with the environmental crisis. Living in this world, among its mountains and rivers, actively participating in their dynamic, we would register their demise through our very being, all our senses.

And here is where landscape orientation becomes a poetics. Because our literature, like our painting, has favored “portrait orientation,” the human drama foregrounded, distinct from the natural world. How to reorient?

Loons are summer residents at several of the lakes in Calais, Vermont where I live. Nesting pairs require fairly large bodies of freshwater with little development to successfully breed and raise their young before returning to Atlantic coastal waters for the winter. Our lakes usually support only one or two pairs each summer.

Loons have a variety of calls, but the most haunting and familiar is their “yodel,” a complex string of phrases made by the male as a mating call or to defend territory. These yodels are unique, and the same call will echo from a particular lake for years. Biologists used to assume that was because the same pairs consistently returned to the same lakes. But studies now show that when the loons on a lake change, the yodel remains the same. The new loon will sing the same song as its predecessor even though they’ve never met. Likewise, a loon moving from one lake to another will adapt its call to match that of its new home. The yodel comes through the loon, from the lake.

Roni Horn’s Vatnasfn/Library of Water, in Iceland, is a glass structure housing twenty-four glass columns of water, collected from the ice of major Icelandic glaciers, that reflect and refract light onto a floor embedded with a field of Icelandic and English words related to weather. On the lower level of the building is a private studio for Icelandic and international writers-in-residence. Iceland’s enduring literary culture, with its ancient sagas, serves as a kind of foundation for its threatened, melting glaciers.

Early Chinese recluse poets sometimes inscribed their poems in huge characters on mountain cliffs. Because they were written with ink, they survived only until the rains washed them away.

Chinese has the advantage over English of having open or empty grammar. Connective words, verb tenses, personal pronouns are largely absent, leaving it up to the reader to actively participate in the making of sense/sentence. The poems in I entered without words try to tease language open, creating spaces for the reader to move about in, so that reading itself becomes a physical act in the physical world—I think of how one must stoop low or arch backwards to “read” the cave paintings at Lascaux.

The poems do this by forgoing standard lineation in favor of a field composition in which the page takes on spatial dimensions. Invited in by a bold through-line, the reader is then free to explore, to find units of meaning that dissolve and recombine, to trace one constellation, circle back, and discover another.

Because these poems are the field of their composition (form is content), let me end with one that moves among mountain(s)-water(s). This is what I mean by landscape orientation.

Jody Gladding is a poet and translator who has published four previous collections of poetry. Her awards include MacDowell and Stegner fellowships, the French-American Foundation Translation Prize, the Whiting Award, and the Yale Younger Poets Prize. She lives in East Calais, Vermont.