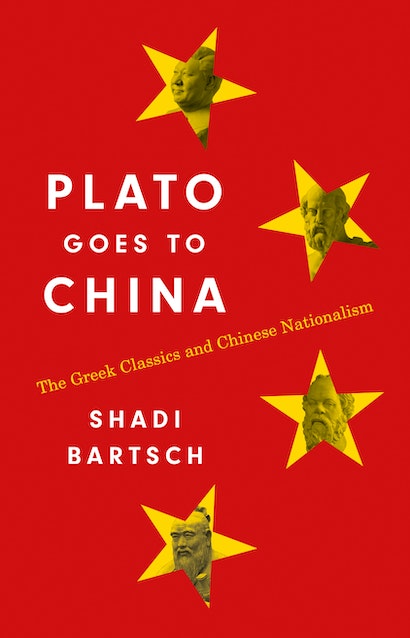 Plato Goes to China
Available in 2 editions
Buy This

Much as in Europe and the US, the ancient Greeks live on in China through their works—at least, recently so. Over the past century, the philosophical and political texts of western antiquity, especially those of classical Athens, have sparked the interest of Chinese intellectuals, journalists, reformers, and nationalists. Given that China was closed to the West for most of the reclusive Ming dynasty, this interest is barely a hundred and fifty years old. It was in the second half of the nineteenth century that Chinese reformers and intellectuals started to turn to western texts on political theory and philosophy to help them reimagine future possibilities for a Chinese nation. They found it appropriate to turn not only to modern texts but also to works from western antiquity—works by figures such as Plato, Aristotle, Thucydides, and, to a lesser extent, the Romans Cicero and Vergil. These age-old thinkers took their place among Kant, Rawls, Montesquieu, Rousseau, and others as textbooks for a new nation. Articles by prominent intellectuals such as Liang Qichao helped to disseminate the political ideas of Greek antiquity that grounded the challenge to the dynasty (Confucius, himself an ancient wise man, was generally criticized as an abettor of the hierarchical dynastic system). Public reformers even believed that the content of these texts—and the traditions that had developed from them—contributed to the west’s enviable scientific trajectory, a notion widely explored in journal essays and newspaper articles.

More recently, there has been a second surge of interest in these old texts.  Once again, the western classics are a topic of conversation and debate after a long silence initiated by the Mao years. The outlook, however, of the earlier and later instances of interest in western texts could not be more different. Since the 1990s, many classical texts in China have been galvanized by public intellectuals in support of the Chinese government and its political system—a fact partially made possible by their inclusion in the nationalistic topic of “studies in Chinese civilization” (国学 guoxue) found at any Chinese university. The range of interpretations we encounter is interesting but always in the service of proving China’s political and ethical superiority to the west.  Either the classics are excoriated for the bad values they represent (e.g. slavery), in which case the west is seen as having inherited those values; or, more often, they are praised for the good they represent, in which case they are shown to be in harmony with contemporary (and also ancient) Chinese political and ethical theory but not in harmony with Europe and the US of the present day. For example, Socrates may be claimed to be a copy of Confucius, tying both classical pasts together, or Plato’s imaginary Republic may be compared to Confucian ideals of hierarchy and government.  On the other hand, Aristotle may be read as a slave-monger, in a condemnation of the entire history of the west, while Thucydides and Plato are wise, since both were suspicious of democracy. (Of course, that last interpretation does not call for any interpretation at all.)

These classical texts and their values have become particularly relevant as China and the United States jostle for the position of moral superiority—a struggle in which they can claim to represent “harmony” or “democracy,” to criticize each other for human rights abuses and racism, or to point mutually to past atrocities. The fact that the Chinese government has thought to look at the claims of the western classics has many implications besides the ones I have pointed out here. For example, it demonstrates the respect for antiquity, no matter whose, that is a particularly Chinese cultural trait. Imagine if the Book of Poetry was interpretated by some Democrats as supporting the Democrats! No one, I suspect, would be deeply moved to change their vote one way or another. And, of course, the use of the classics I am discussing hardly covers the gamut of interpretations outside nationalistic goals, such as ones produced by well-trained readers of Greek and Latin texts within apolitical university departments.

As we ponder these strange facts, we should note that this Chinese development is all the more curious because in the western culture at whose origin these classics (partly) lie, there is a growing sense that the works of classical antiquity have little to say and may not even deserve a place in the educational system. As universities in the United States close down their classics departments—judging them useless, the province of the elite, or, worse still, purveyors of imperialism—the Chinese are reading about Plato in Party editorials. And what a coup of soft power is provided by this approach! It enables the Party to ridicule the west further for wanting to discard its own antiquity because it was unjust, instead of acknowledging that such injustice was simply the way of the world.