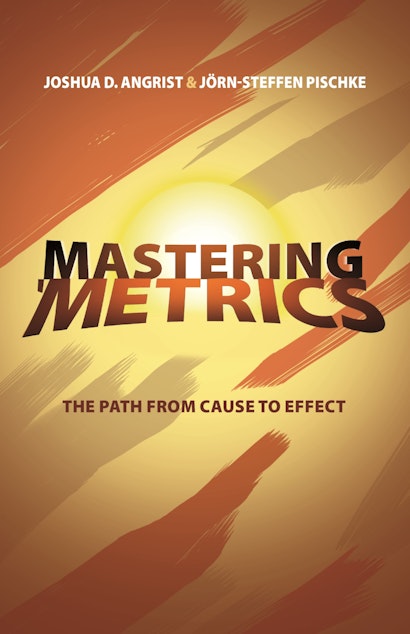 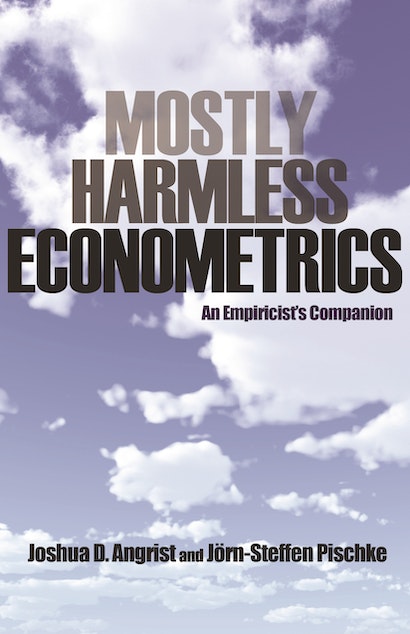 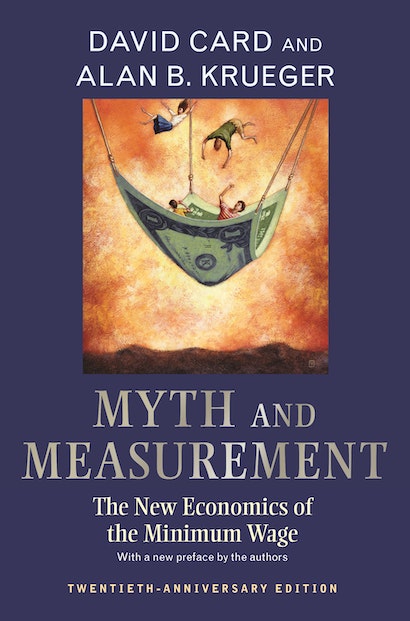 Myth and Measurement
Available in 2 editions
Buy This

Princeton University Press authors Joshua D. Angrist and David Card are co-winners of the Sveriges Riksbank Prize in Economic Sciences in Memory of Alfred Nobel 2021. According to The Swedish Royal Academy of Sciences, Dr. Angrist has been jointly awarded one half of the prize with Guido W. Imbens, “for their methodological contributions to the analysis of causal relationships.” Dr. Card has been awarded one half of the prize “for his empirical contributions to labour economics.”

The Award announcement noted: “This year’s Laureates … have provided us with new insights about the labour market and shown what conclusions about cause and effect can be drawn from natural experiments. Their approach has spread to other fields and revolutionised empirical research.”

Joshua D. Angrist is the Ford Professor of Economics at the Massachusetts Institute of Technology and a fellow of the American Academy of Arts and Sciences. He has authored dozens of peer-reviewed articles and reviews. Agrist is the co-author, with Jörn-Steffen Pischke, of two Princeton University Press books: Mastering Metrics: The Path From Cause to Effect, which presents the essential tools of econometric research, and Mostly Harmless Econometrics: An Empiricist’s Companion, which was awarded the 2018 (Second) Eugene Fama Prize for Outstanding Contributions to Doctoral Education, University of Chicago Booth School of Business.

Card has received numerous honors for his work, including the American Economic Association’s John Bates Clark Prize, the IZA Labor Economics Award, the BBVA Frontiers of Knowledge Prize, and the Econometric Society’s Frisch Medal. He is the author of more than 100 journal articles and several books, including with Alan Kreuger, Myth and Measurement: The New Economics of a Minimum Wage. Originally published by Princeton University Press in 1995, with a 20th anniversary edition released in 2015, the book presented empirical data from across the United States to challenge conventional wisdom and show that increasing the minimum wage did not lead to job loss.

Writing in the New Yorker, political and economic commentator John Cassidy described the book’s groundbreaking work: “Card and Krueger didn’t just question the conventional wisdom; they attacked it in a novel and powerful way. Instead of concocting a mathematical model and ‘testing’ it with advanced statistical techniques, which is what most economists call research, they decided to test the theory in the real world. … The work of Card and Krueger was worth a hundred theoretical models in The American Economic Review.”