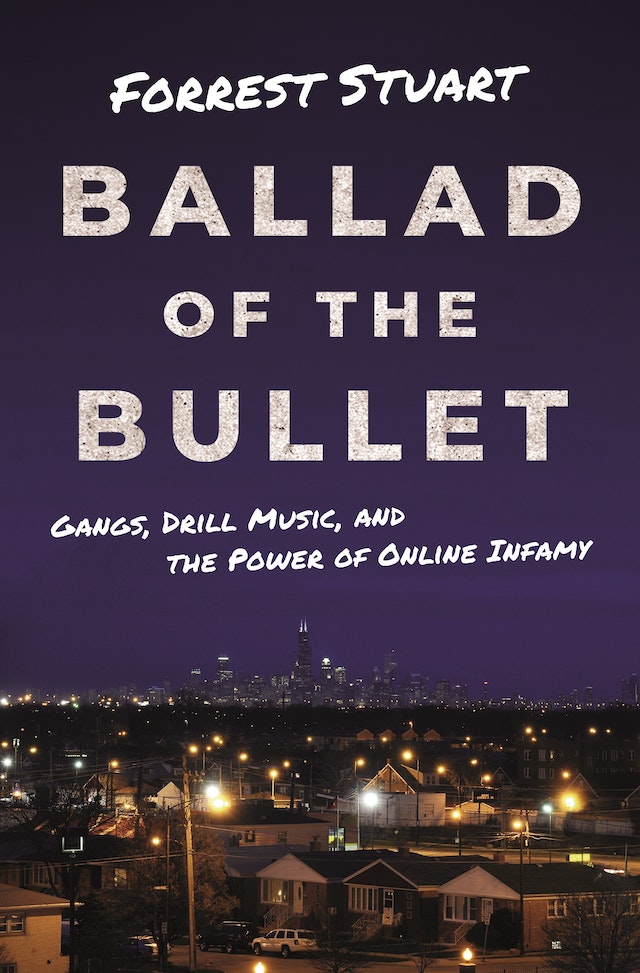 Sociologist and PUP author Forrest Stuart has been honored with a prestigious MacArthur Fellowship for his work “challenging long-held assumptions about the forces that shape urban poverty and violence and bringing to light the lived reality of those who experience it.” According to the MacArthur Foundation the annual Fellowship, commonly referred to as a “genius grant,” is awarded to “individuals who have shown extraordinary originality and dedication in their creative pursuits and a marked capacity for self-direction.”

Stuart is an associate professor of sociology and director of the Ethnography Lab at Stanford University and the author, with PUP, of Ballad of the Bullet: Gangs, Drill Music, and the Power of Online Infamy. The book—hailed by The Economist as “gripping”—follows the Corner Boys, a group of young men on Chicago’s South Side who have hitched their dreams of success to the creation of “drill music” (slang for “shooting music”). Drawing on extensive fieldwork and countless interviews compiled from daily, close interactions with the Corner Boys, as well as time spent with their families, friends, music producers, and followers, Stuart looked at the lives and motivations of these young men and examined why drillers choose to embrace rather than distance themselves from negative stereotypes, using the web to assert their supposed superior criminality over rival gangs. Stuart’s previous book Down, Out, and Under Arrest: Policing and Everyday Life in Skid Row (University of Chicago Press) is an ethnography about policing in disadvantaged neighborhoods of Los Angeles.