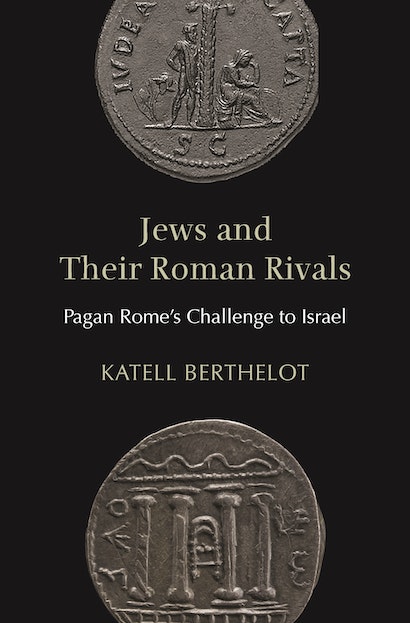 Jews and Their Roman Rivals
Available in 2 editions
Buy This

Congratulations to Katell Berthelot, whose book Jews and Their Roman Rivals: Pagan Rome’s Challenge to Israel has won the National Jewish Book Award in Scholarship.

Throughout their history, Jews have lived under a succession of imperial powers, from Assyria and Babylonia to Persia and the Hellenistic kingdoms. Jews and Their Roman Rivals shows how the Roman Empire posed a unique challenge to Jewish thinkers such as Philo, Josephus, and the Palestinian rabbis, who both resisted and internalized Roman standards and imperial ideology. Berthelot traces how, long before the empire became Christian, Jews came to perceive Israel and Rome as rivals competing for supremacy and argues that Jewish thinkers imitated the Romans in some cases and proposed competing models in others. The books sheds critical new light on Jewish thought in antiquity, revealing how Jewish encounters with pagan Rome gave rise to crucial evolutions in the ways Jews conceptualized the Torah and conversion to Judaism.

Inaugurated in 1950, the Nation­al Jew­ish Book Awards is the longest-run­ning North Amer­i­can awards pro­gram of its kind. The Awards are given annually, across eighteen categories, and recognize the authors of outstanding English-language books of Jewish interest.