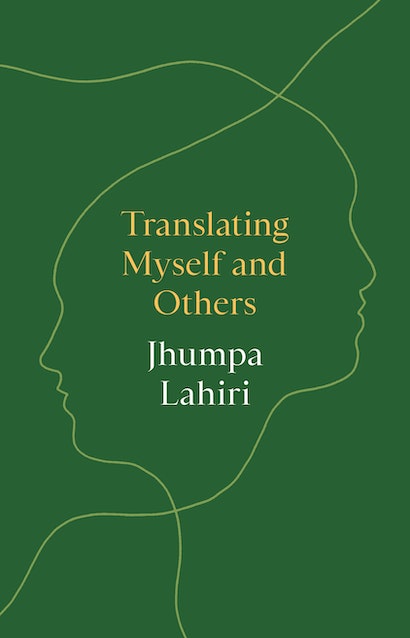 Translating Myself and Others
Available in 3 editions
Buy This

Translating Myself and Others by Jhumpa Lahiri has been longlisted for the 2023 PEN/Diamonstein-Spielvogel Award for the Art of the Essay, announced today.

In Translating Myself and Others Pulitzer Prize–winning author Jhumpa Lahiri reflects, in candid and disarmingly personal essays, on her emerging identity as a translator, as well as a writer in two languages. Drawing on Ovid’s myth of Echo and Narcissus to explore the distinction between writing and translating, and providing a close reading of passages from Aristotle’s Poetics, Lahiri explores topics of writing, desire, and freedom. The collection traces the theme of translation in Antonio Gramsci’s Prison Notebooks and takes up the question of Italo Calvino’s popularity as a translated author. Lahiri considers the unique challenge of translating her own work from Italian to English, the question “Why Italian?,” and the singular pleasures of translating contemporary and ancient writers.

Praised as “excellent” (NPR), “passionate and thoughtful” (The Spectator), “enlightening” (Elle), and “lucid and provocative” (Publishers Weekly), Translating Myself and Others features essays originally written in Italian and published in English for the first time, as well as essays written in English, and brings together Lahiri’s most lyrical and eloquently observed meditations on the translator’s art.

Administered annually, the Diamonstein-Spielvogel Award honors “a seasoned writer whose collection of essays is an expansion on their corpus of work.” Lahiri’s collection is one of nine books on the longlist, which was judged by Jill Lepore, John McWhorter, and Simon Winchester. Finalists will be announced in February.