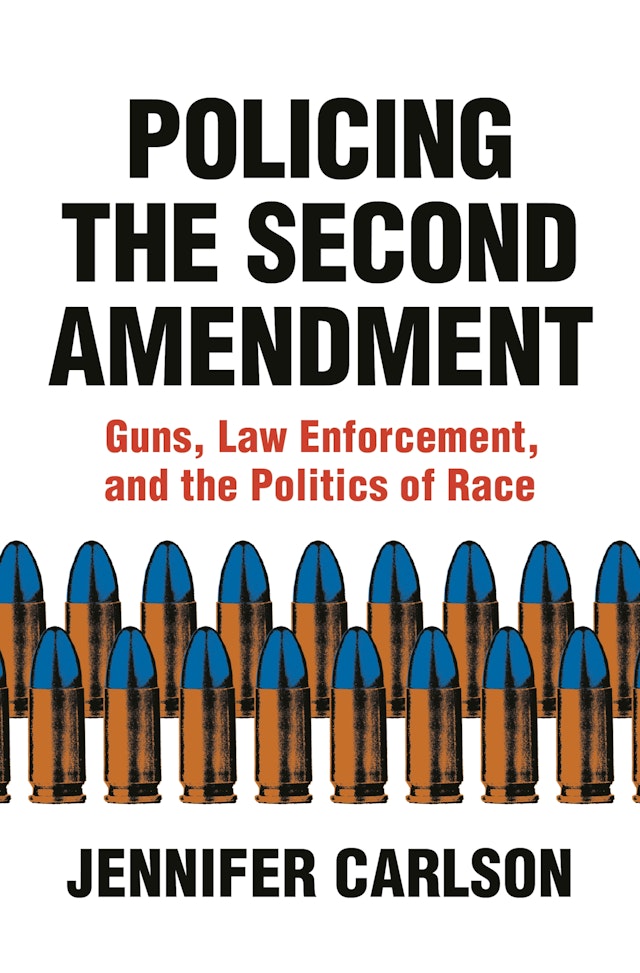 Policing the Second Amendment
Available in 2 editions
Buy This

The United States is steeped in guns, gun violence—and gun debates. As arguments rage on, one issue has largely been overlooked—Americans who support gun control turn to the police as enforcers of their preferred policies, but the police themselves disproportionately support gun rights over gun control. Yet who do the police believe should get gun access? When do they pursue aggressive enforcement of gun laws? And what part does race play in all of this? Policing the Second Amendment unravels the complex relationship between the police, gun violence, and race. Rethinking the terms of the gun debate, Jennifer Carlson shows how the politics of guns cannot be understood—or changed—without considering how the racial politics of crime affect police attitudes about guns.

Drawing on local and national newspapers, interviews with close to eighty police chiefs, and a rare look at gun licensing processes, Carlson explores the ways police talk about guns, and how firearms are regulated in different parts of the country. Examining how organizations such as the National Rifle Association have influenced police perspectives, she describes a troubling paradox of guns today—while color-blind laws grant civilians unprecedented rights to own, carry, and use guns, people of color face an all-too-visible system of gun criminalization. This racialized framework—undergirding who is “a good guy with a gun” versus “a bad guy with a gun”—informs and justifies how police understand and pursue public safety.

Policing the Second Amendment demonstrates that the terrain of gun politics must be reevaluated if there is to be any hope of mitigating further tragedies.

Jennifer Carlson is associate professor of sociology as well as government and public policy at the University of Arizona. She is the author of Citizen-Protectors: The Everyday Politics of Guns in an Age of Decline. Her writing has appeared in such publications as the Los Angeles Times, the Wall Street Journal, and the Washington Post. She lives in Tucson, Arizona. Twitter @jdawncarlson