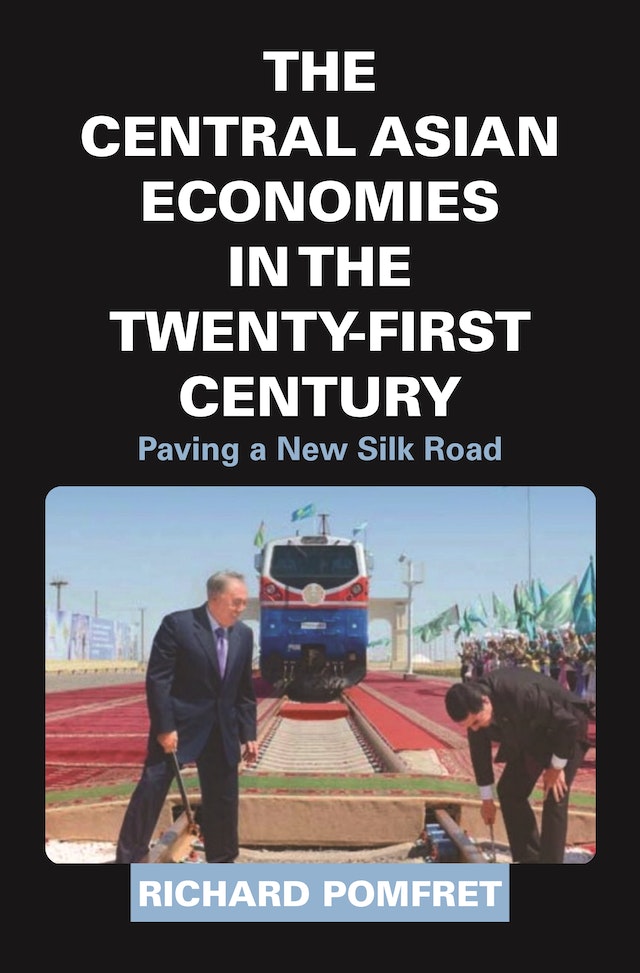 This book analyzes the Central Asian economies of Kazakhstan, the Kyrgyz Republic, Tajikistan, Turkmenistan, and Uzbekistan, from their buffeting by the commodity boom of the early 2000s to its collapse in 2014. Richard Pomfret examines the countries’ relations with external powers and the possibilities for development offered by infrastructure projects as well as rail links between China and Europe.

The transition of these nations from centrally planned to market-based economic systems was essentially complete by the early 2000s, when the region experienced a massive increase in world prices for energy and mineral exports. This raised incomes in the main oil and gas exporters, Kazakhstan and Turkmenistan; brought more benefits to the most populous country, Uzbekistan; and left the poorest countries, the Kyrgyz Republic and Tajikistan, dependent on remittances from migrant workers in oil-rich Russia and Kazakhstan. Pomfret considers the enhanced role of the Central Asian nations in the global economy and their varied ties to China, the European Union, Russia, and the United States. With improved infrastructure and connectivity between China and Europe (reflected in regular rail freight services since 2011 and China’s announcement of its Belt and Road Initiative in 2013), relaxation of United Nations sanctions against Iran in 2016, and the change in Uzbekistan’s presidency in late 2016, a window of opportunity appears to have opened for Central Asian countries to achieve more sustainable economic futures.

Richard Pomfret is professor of economics and the Jean Monnet Chair on the Economics of European Integration at the University of Adelaide, and is adjunct professor of international economics at the Johns Hopkins University School of Advanced International Studies in Bologna. His books include The Economies of Central Asia and The Central Asian Economies since Independence (both Princeton).

“Pomfret’s new book is a timely and welcome comprehensive update of his previous books on Central Asia. As Asia and Europe become ever more interconnected, Central Asia is at the hub of a new supercontinental economy. With his long-term engagement in Central Asia and his in-depth familiarity with the region, Pomfret offers readers a unique window into the past, present, and future of this important but much neglected part of the world.”—Johannes F. Linn, former World Bank vice president for Europe and Central Asia

“In the last three decades, Richard Pomfret has established himself as the economist with the best knowledge and understanding of the Central Asian economies. This is his third book on this topic, and it is as lucid as it is judicious. Eminently informed, Pomfret offers a sensible analysis, drawing convincing conclusions and explaining these unique economies admirably.”—Anders Åslund, Atlantic Council and Georgetown University

“This timely and highly important book deals with the economic situations of the five Central Asian countries during the twenty-first century. With coherent and robust analysis, Pomfret tackles the types of economic systems adopted by the new independent states, their consequences, and the challenges of development for resource-rich countries. A significant contribution, this book will fill a gap in the Central Asian economic literature.”—Yelena Kalyuzhnova, University of Reading

“This book provides a comprehensive investigation into the development of the Central Asian economies after independence in 1991. Pomfret crafts a fine combination of accurate and concise descriptions of these countries’ key development determinants with deep analysis of their achievements and challenges. This work will be an invaluable resource for all scholars and students interested in Central Asia.”—Roman Mogilevskii, University of Central Asia