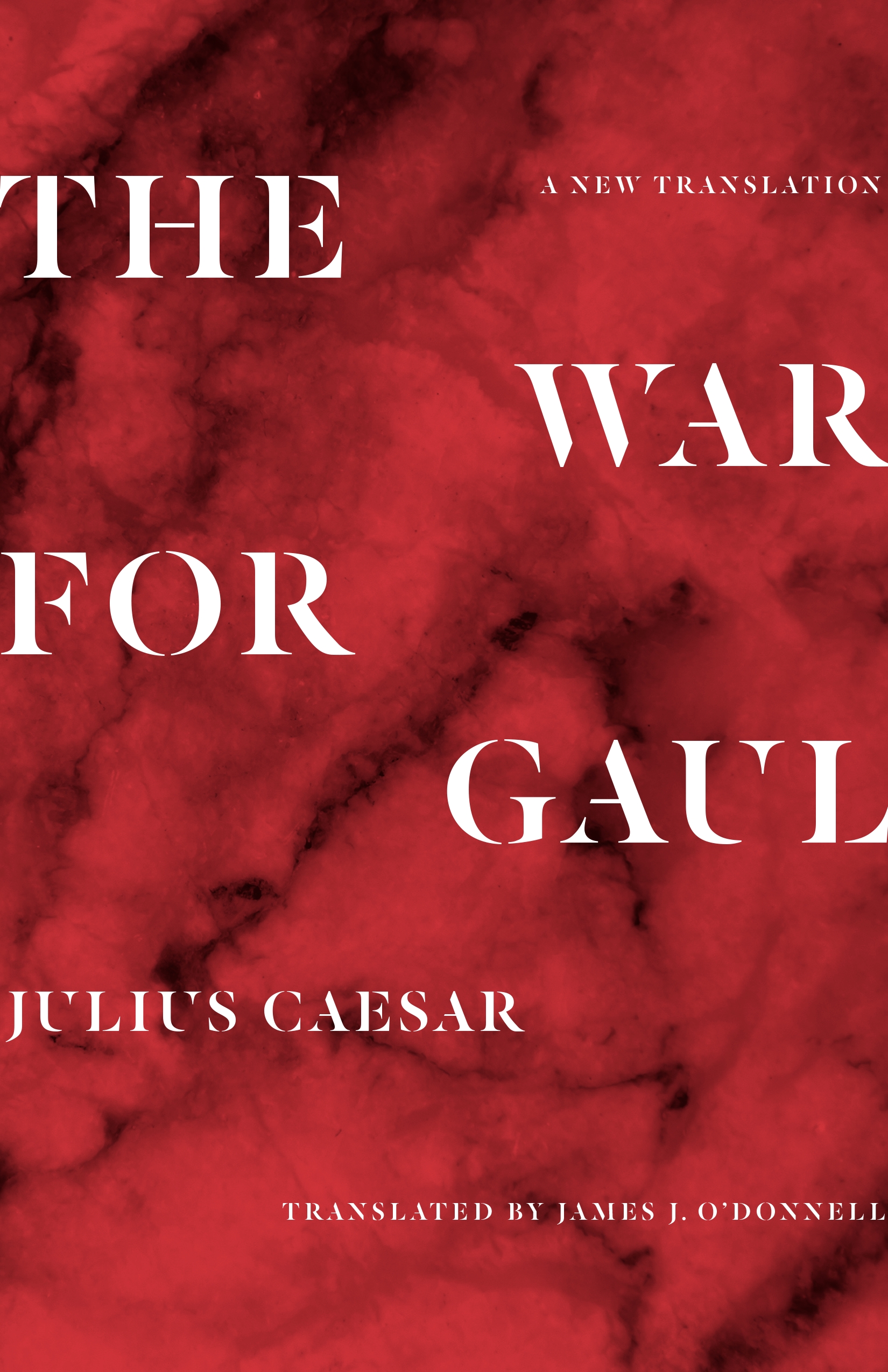 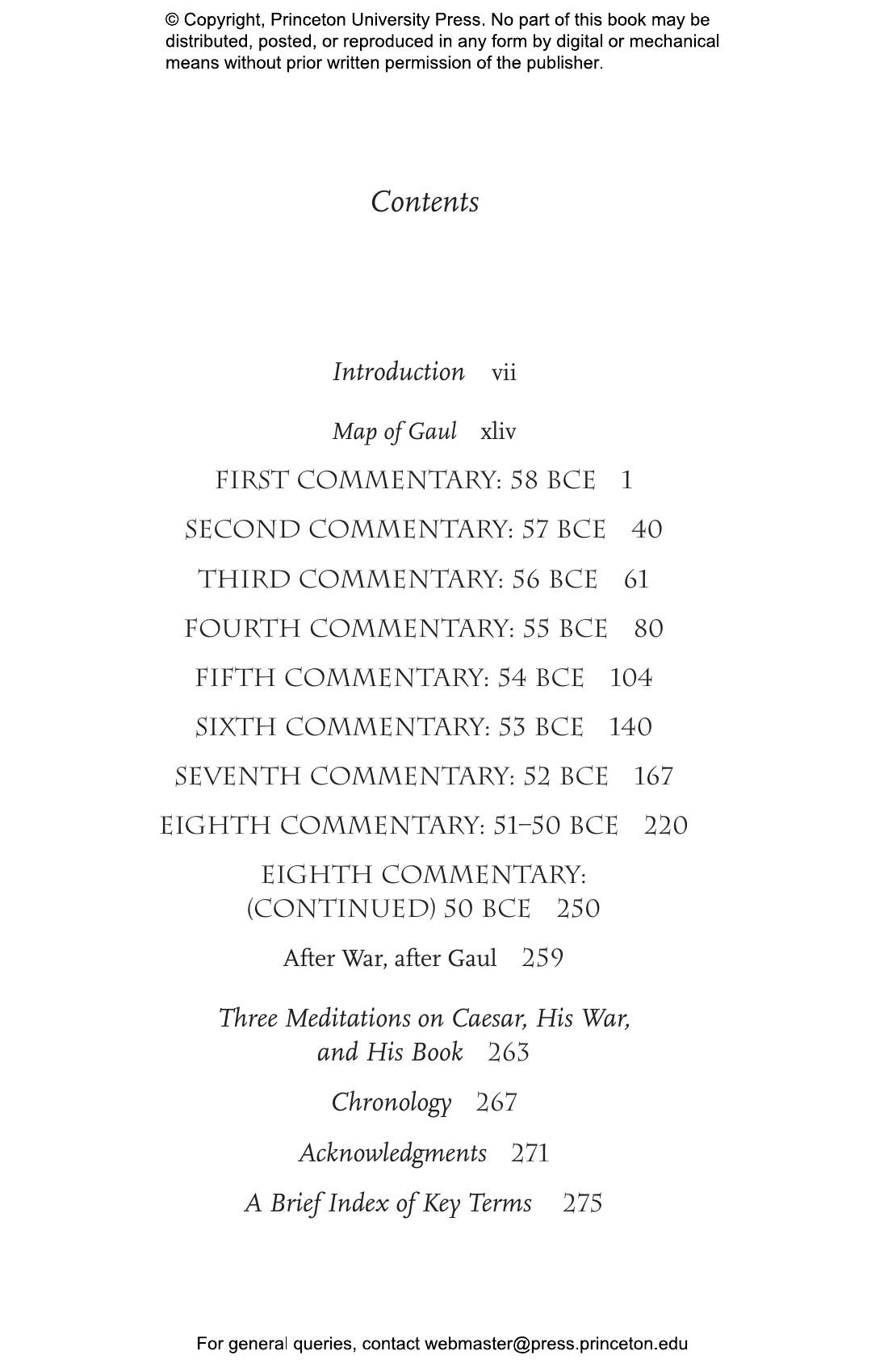 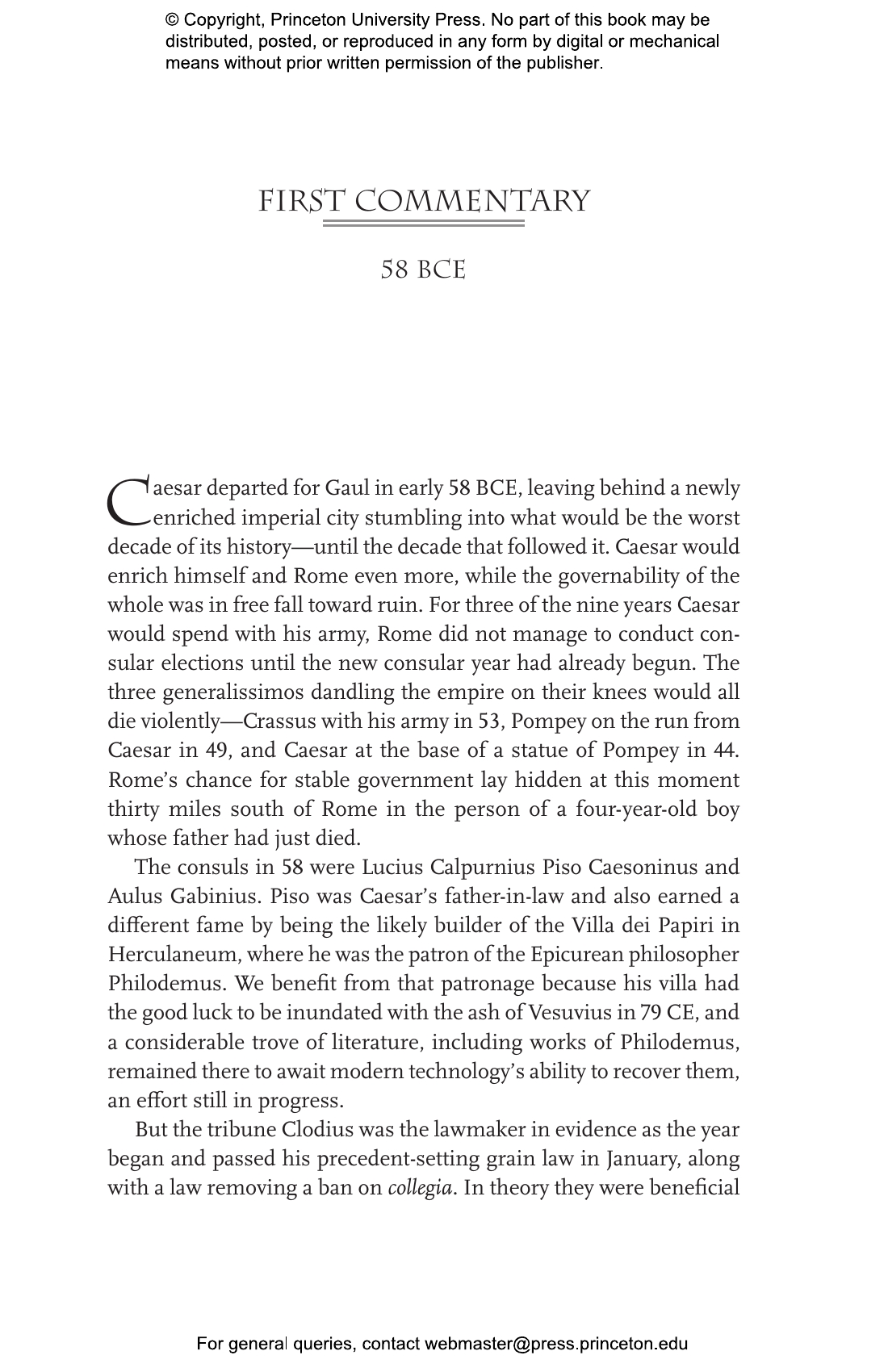 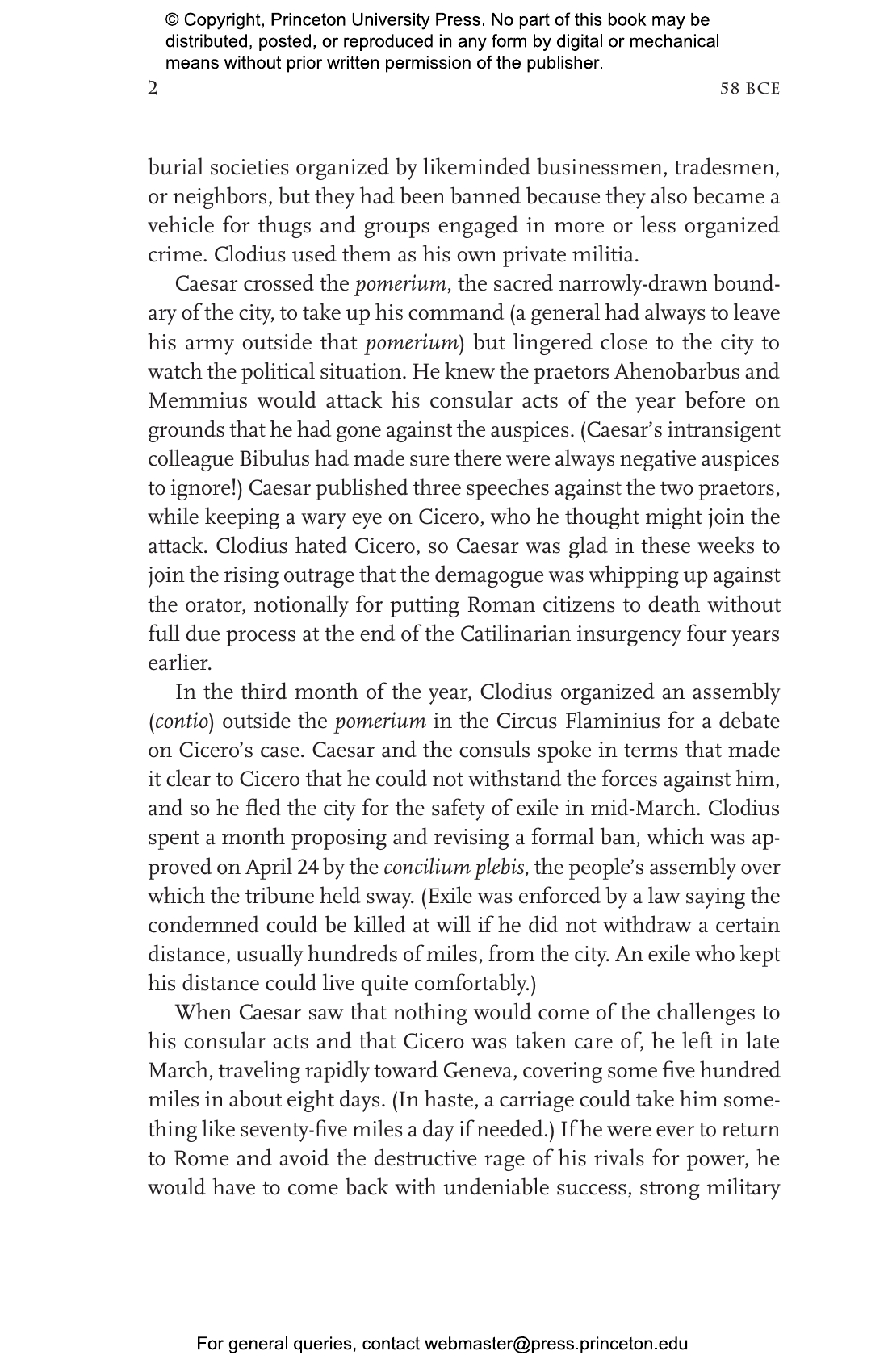 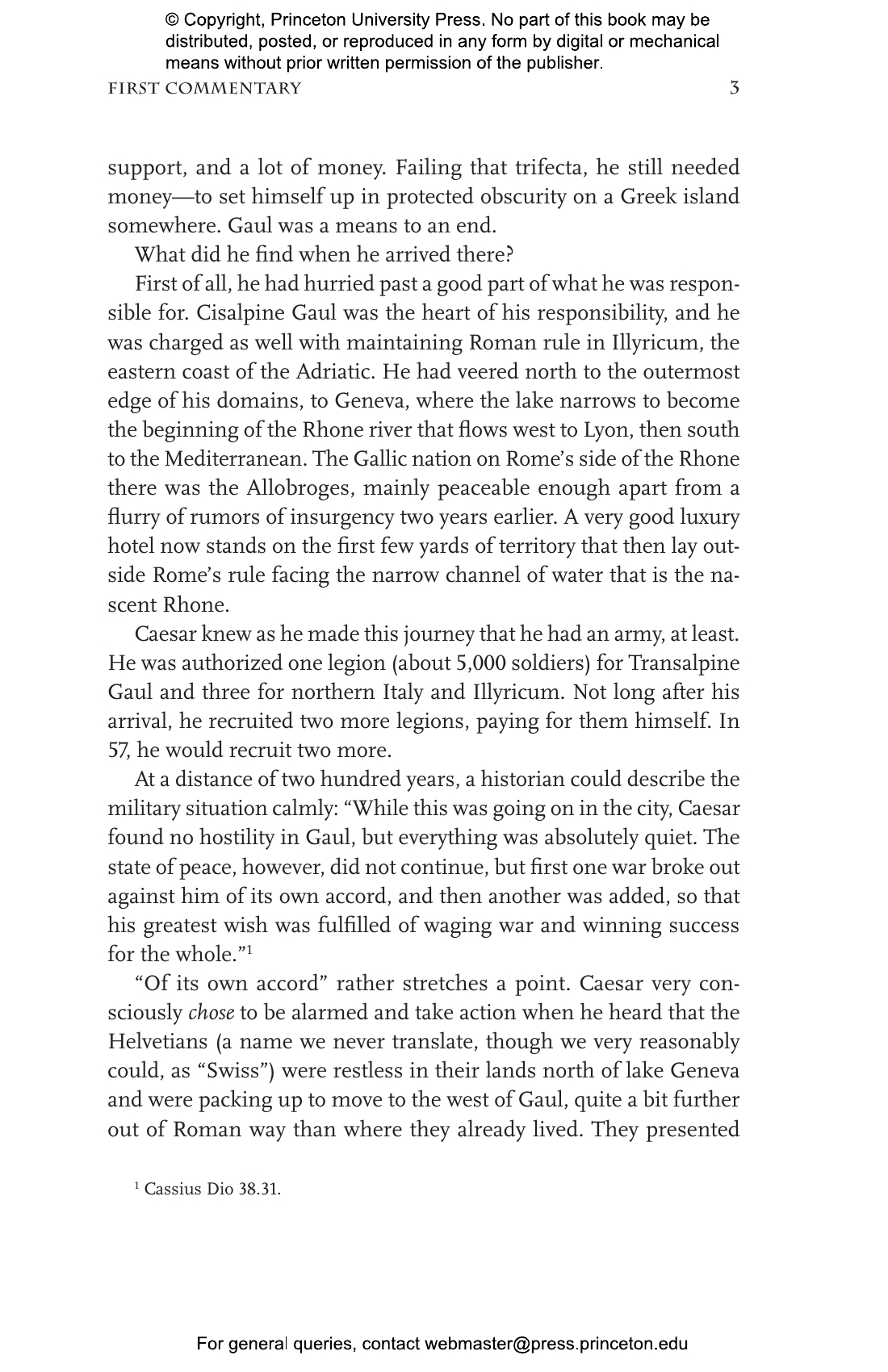 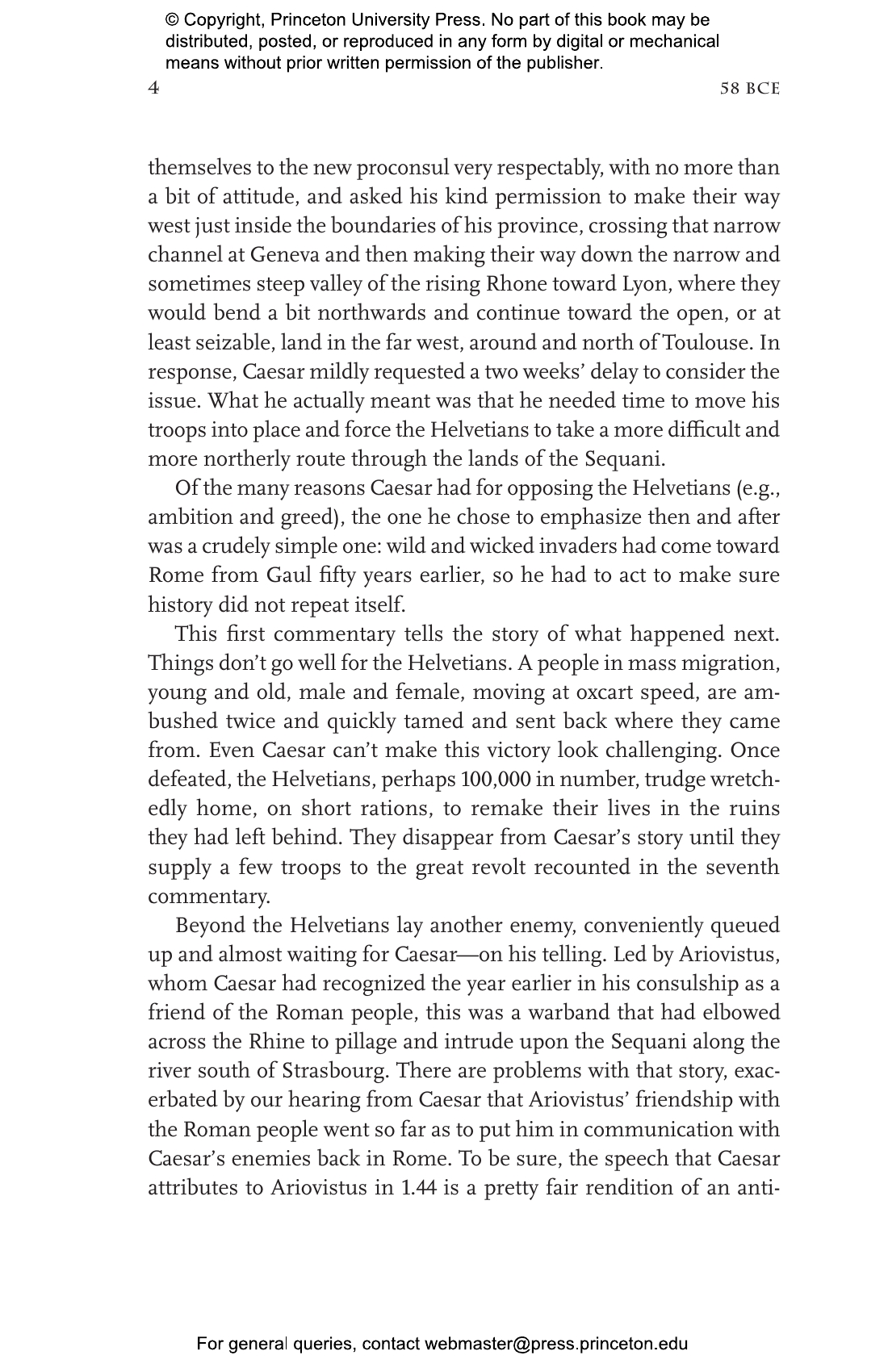 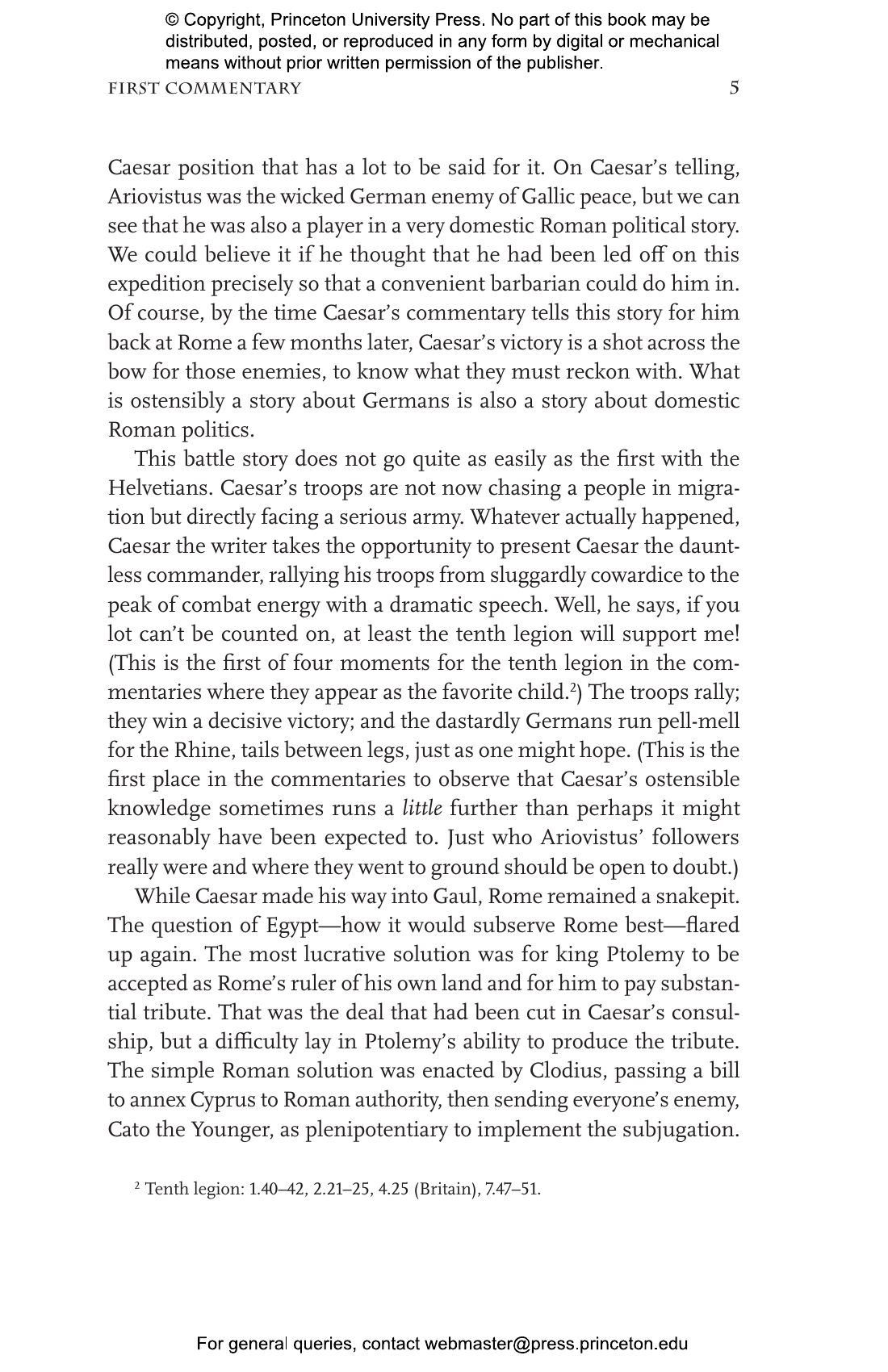 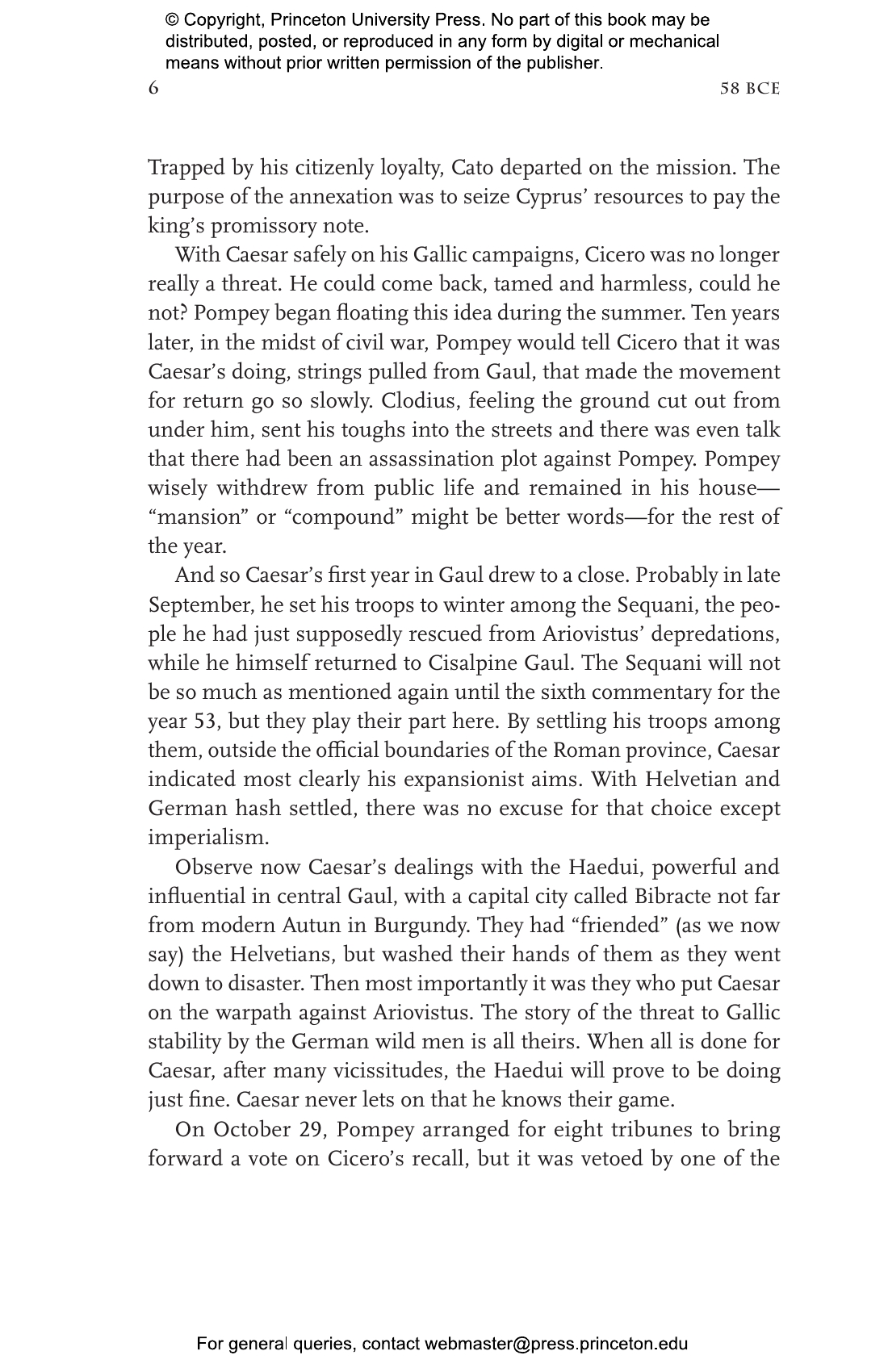 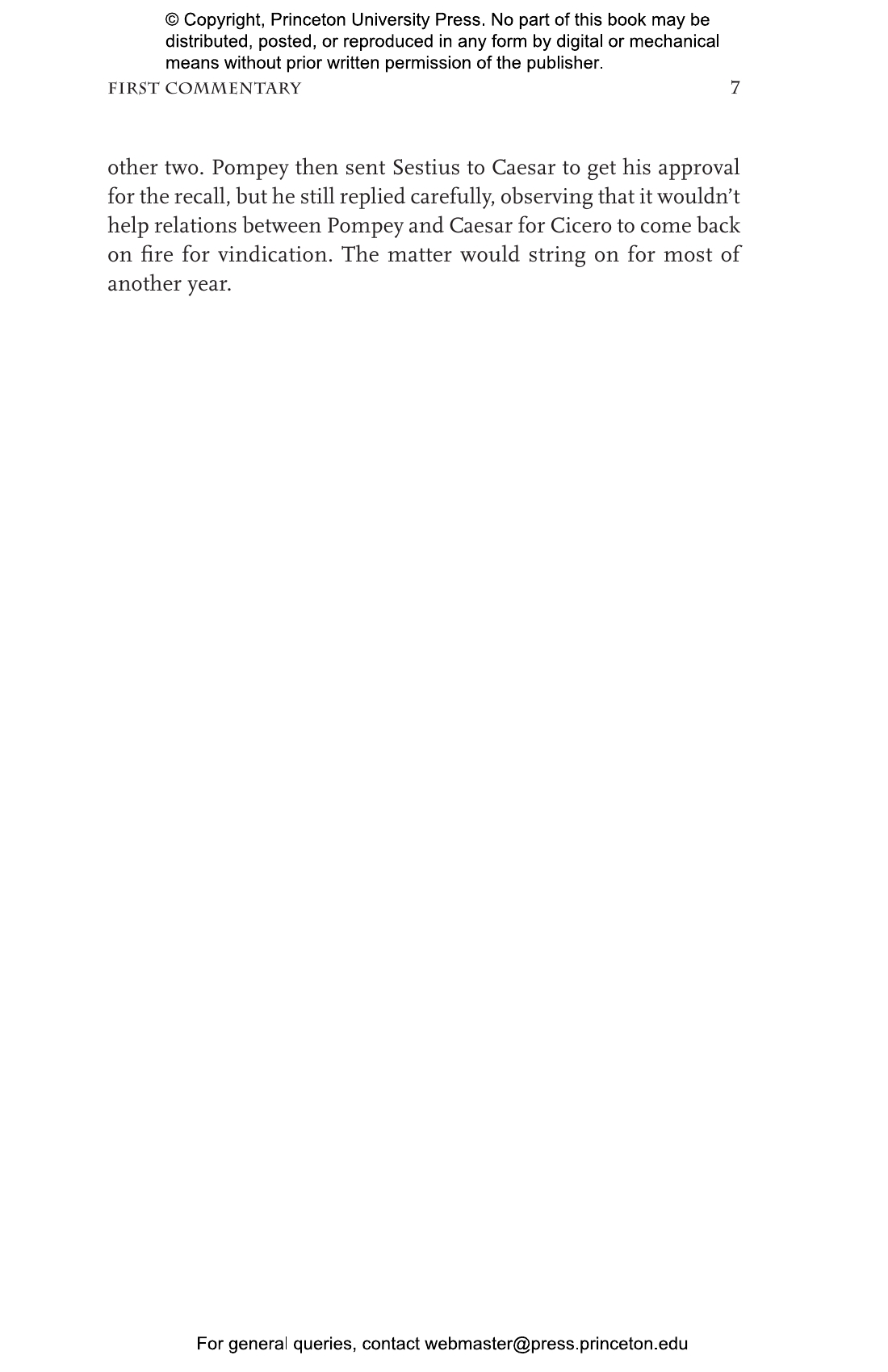 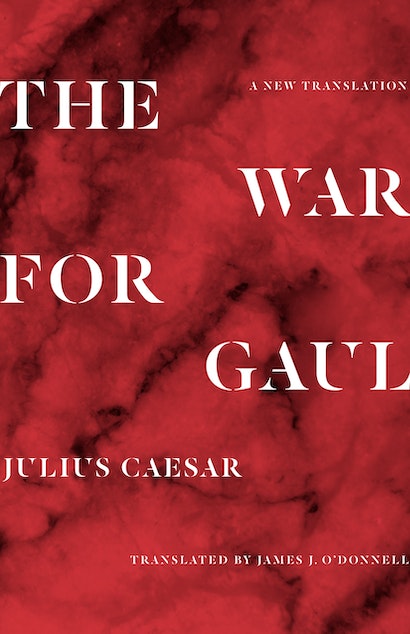 Imagine a book about an unnecessary war written by the ruthless general of an occupying army—a vivid and dramatic propaganda piece that forces the reader to identify with the conquerors and that is designed, like the war itself, to fuel the limitless political ambitions of the author. Could such a campaign autobiography ever be a great work of literature—perhaps even one of the greatest? It would be easy to think not, but such a book exists—and it helped transform Julius Caesar from a politician on the make into the Caesar of legend. This remarkable new translation of Caesar’s famous but underappreciated War for Gaul captures, like never before in English, the gripping and powerfully concise style of the future emperor’s dispatches from the front lines in what are today France, Belgium, Germany, and Switzerland.

While letting Caesar tell his battle stories in his own way, distinguished classicist James O’Donnell also fills in the rest of the story in a substantial introduction and notes that together explain why Gaul is the “best bad man’s book ever written”—a great book in which a genuinely bad person offers a bald-faced, amoral description of just how bad he has been.

Complete with a chronology, a map of Gaul, suggestions for further reading, and an index, this feature-rich edition captures the forceful austerity of a troubling yet magnificent classic—a book that, as O’Donnell says, “gets war exactly right and morals exactly wrong.”

"This modern commentary on the Commentaries also 'lets you see Caesar the man and politician, not just the general he wanted you to see.'"—Robert S. Davis, New York Journal of Books

"I rather like O’Donnell’s asceticism. He sent me back to the original for first time in decades and drove home how rarely we approach these old warhorses with fresh eyes. . . . [O’Connell] will convince you that Caesar was a very bad man indeed."—Michael Kulikowski, London Review of Books

"Certainly one for the school library shelves or young friends and relatives (classicists or not) who may well be less acquainted with Caesar."—Adrian Spooner, Classics for All Reviews

"[A]n excellent translation . . . one that poses important questions about Caesar, his actions in Gaul, and the dying years of the Republic."—Anthony Smart, Bryn Mawr Classical Review

“To publicize his campaigns in Gaul, Julius Caesar invented a new genre—and a direct, swift, but careful narrative style, like a tight skin around the events he recounts. James O'Donnell admirably renders this style in English, ventriloquizing Caesar's mysterious genius."—Sarah Ruden, translator of Augustine's Confessions

"This book invites us to rethink Caesar’s war commentaries not as epic history or grand adventure, but as highly political presentations. The introduction and notes provide rich context, penetrating insight, and grim wit, making clear that Caesar aims not merely to inform but to seduce. As James O’Donnell so strikingly puts it, ‘as you put down this volume, you have become Caesar.' "—Steven Saylor, author of The Throne of Caesar

“The War for Gaul is Caesar’s report of his conquest of Gaul, an amoral war and a vastly destructive prelude to political revolution at Rome. O’Donnell does full justice to Caesar’s Latin, giving us an account as terse and understated as the original. The introductions preceding each Commentary give the modern reader a sense of the context that the ancient reader brought to the story and show us Caesar in the process of becoming Caesar.”—Cynthia Damon, editor and translator of Caesar’s Civil War

"Caesar waged prose as he waged war—in ways swift, economical, and ruthless. One sign of the businesslike slaughter of this book is its author's famous use of the third person about himself. He made the mere word 'Caesar' a weapon to be wielded against his foes. O'Donnell enhances this fine translation by prefacing each yearly report from Gaul with a description of what was going on in Rome at the same time, allowing us to see how profoundly the two streams of action affected each other."—Garry Wills, author of Rome and Rhetoric: Shakespeare's "Julius Caesar"

“Most translations of Caesar give the impression that his style is weighty, ponderous, and, frankly, boring, but nothing could be further from the truth. James O’Donnell’s version of The War for Gaul is much more successful than others in rendering Caesar’s taut, forceful prose in English. In replicating the economy and sweep of Caesar’s narrative, O’Donnell’s version wins hands down.”—James M. May, St. Olaf College

“No one has come close to capturing Caesar’s verbal celerity in anything like the way James O’Donnell has. His disciplined application of a terse, bracing style is both readable and simulates something of the experience of the original audience. This makes for a gripping read and brings out what made Caesar famous as an author in his own time. A genuinely distinctive and valuable translation.”—Andrew M. Riggsby, author of Caesar in Gaul and Rome