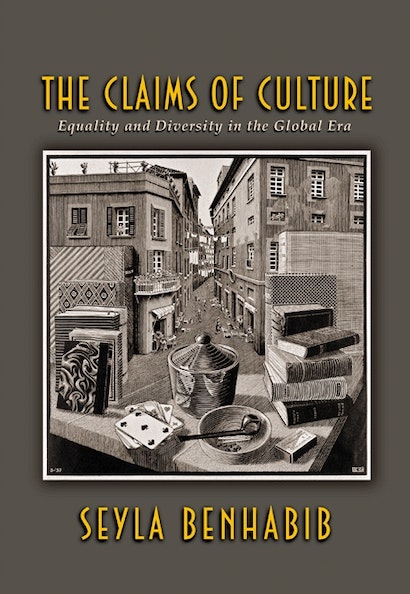 How can liberal democracy best be realized in a world fraught with conflicting new forms of identity politics and intensifying conflicts over culture? This book brings unparalleled clarity to the contemporary debate over this question. Maintaining that cultures are themselves torn by conflicts about their own boundaries, Seyla Benhabib challenges the assumption shared by many theorists and activists that cultures are clearly defined wholes. She argues that much debate — including that of “strong” multiculturalism, which sees cultures as distinct pieces of a mosaic — is dominated by this faulty belief, one with grave consequences for how we think injustices among groups should be redressed and human diversity achieved. Benhabib masterfully presents an alternative approach, developing an understanding of cultures as continually creating, re-creating, and renegotiating the imagined boundaries between “us” and “them.”


Drawing on contemporary cultural politics from Western Europe, Canada, and the United States, Benhabib develops a double-track model of deliberative democracy that permits maximum cultural contestation within the official public sphere as well as in and through social movements and the institutions of civil society. Agreeing with political liberals that constitutional and legal universalism should be preserved at the level of polity, she nonetheless contends that such a model is necessary to resolve multicultural conflicts.


Analyzing in detail the transformation of citizenship practices in European Union countries, Benhabib concludes that flexible citizenship, certain kinds of legal pluralism and models of institutional powersharing are quite compatible with deliberative democracy, as long as they are in accord with egalitarian reciprocity, voluntary self-ascription, and freedom of exit and association. The Claims of Culture offers invaluable insight to all those, whether students or scholars, lawyers or policymakers, who strive to bridge the gap between the theory and practice of cultural politics in the twenty-first century.

Seyla Benhabib is Eugene Meyer Professor of Political Science and Philosophy at Yale University. Her books include Transformations of Citizenship (The Spinoza Lectures), The Reluctant Modernism of Hannah Arendt, and Situating the Self. Among the volumes she has edited are Democracy and Difference (Princeton) and Feminism as Critique

"A brave and beautiful book that grows in power and poignancy after 9/11. Rejecting the dismal view that the global world will be mired in the 'clash of civilizations' and the culture wars, Benhabib restores our faith in the human need to narrativize the historical and cultural experiences of self and other. This wonderful work allows us to hope that the contested conversations of mankind may converge in the intricate dialogues of the democratic process."—Homi K. Bhabha, Harvard University

"Seyla Benhabib's book presents a subtly defined, vigorously argued universalist position in democratic theory, one that nevertheless accommodates (and essentially integrates) varieties of multiculturalism. It is especially notable for going beyond the trite oppositions between the politics of cultural identity and the theory of deliberative democracy."—Amelie Rorty, Brandeis University

"Reading this book was a deeply satisfying experience. Benhabib's model of democracy is firmly rooted in a systematic and well-developed moral theory, and her policy recommendations are informed both by extensive philosophical reflection and by her uncompromising commitment to individual identity."—Alison Jaggar, University of Colorado