In the past fifteen years, inflation has been conquered by many advanced countries. History reveals, however, that it has been conquered before and returned. In The Conquest of American Inflation, Thomas J. Sargent presents a groundbreaking analysis of the rise and fall of U.S. inflation after 1960. He examines two broad explanations for the behavior of inflation and unemployment in this period: the natural-rate hypothesis joined to the Lucas critique and a more traditional econometric policy evaluation modified to include adaptive expectations and learning. His purpose is not only to determine which is the better account, but also to codify for the benefit of the next generation the economic forces that cause inflation.


Sargent begins with an explanation of how American policymakers increased inflation in the early 1960s by following erroneous assumptions about the exploitability of the Phillips curve — the inverse relationship between inflation and unemployment. In subsequent chapters, he connects a sequence of ideas — self-confirming equilibria, least-squares and other adaptive or recursive learning algorithms, convergence of least-squares learners with self-confirming equilibria, and recurrent dynamics along escape routes from self-confirming equilibria. Sargent synthesizes results from macroeconomics, game theory, control theory, and other fields to extend both adaptive expectations and rational expectations theory, and he compellingly describes postwar inflation in terms of drifting coefficients. He interprets his results in favor of adaptive expectations as the relevant mechanism affecting inflation policy.


Providing an original methodological link between theoretical and policy economics, this book will engender much debate and become an indispensable text for academics, graduate students, and professional economists.

Thomas J. Sargent is Donald Lucas Professor of Economics, Stanford University, and Senior Fellow at the Hoover Institution at Stanford. He is the author of many articles and books on macroeconomic theory, most recentlyBounded Rationality in Macroeconomics. 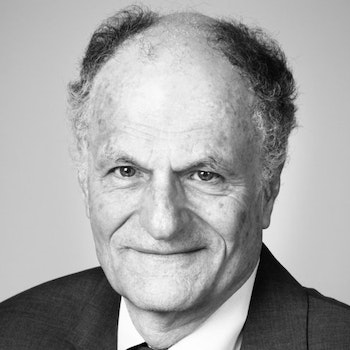 "This book illustrates Sargent's great curiosity and honesty. . . . [Here] the reader gets a lucid, penetrating inquiry into the "ifs and buts" of rational expectations (RE) and their implications for policy."—Peter Sinclair, The Times Higher Education Supplement

"A lucid, penetrating inquiry into the 'ifs and buts' of rational expectations and their implications for policy. . . . This book illustrates Sargent's great curiosity and honesty . . . A beautifully crafted, deep, and . . . very accessible work. . . . It deserves to be one of the century's most influential books on macroeconomics."—Peter Sinclair, Times Literary Supplement

"A path-breaking contribution. It shows new ways to analyze dynamic economics. It is a basic reference to understand—and develop—dynamic macroeconomic theory in the 21st century."—Ramon Marimon, Journal of Economic Literature