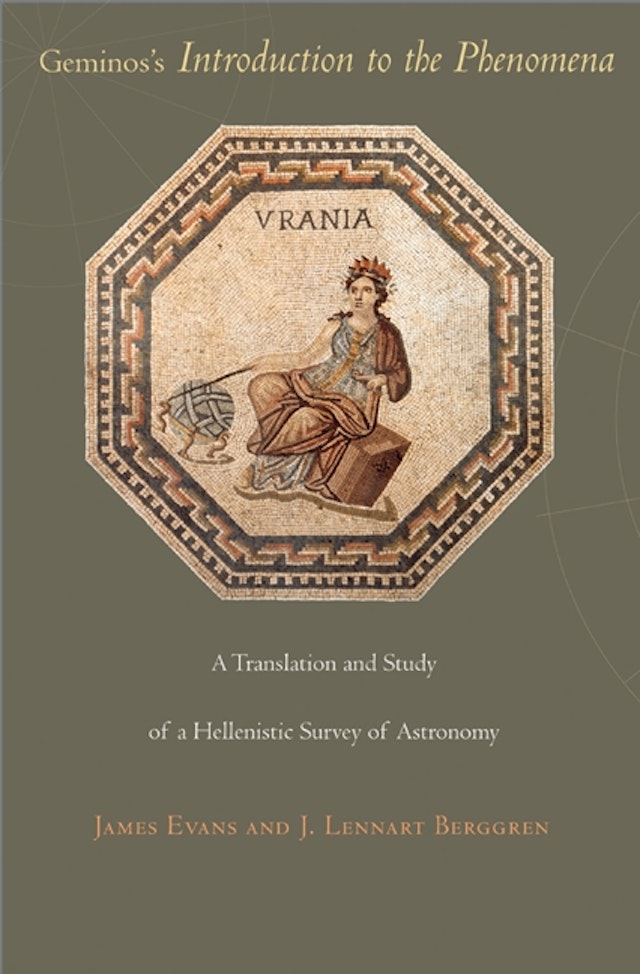 This is the first complete English translation of Geminos’s Introduction to the Phenomena — one of the most important and interesting astronomical works of its type to have survived from Greek antiquity. Gracefully and charmingly written, Geminos’s first-century BC textbook for beginning students of astronomy can now be read straight through with understanding and enjoyment by a wider audience than ever before. James Evans and Lennart Berggren’s accurate and readable translation is accompanied by a thorough introduction and commentary that set Geminos’s work in its historical, scientific, and philosophical context. This book is generously illustrated with diagrams from medieval manuscripts of Geminos’s text, as well as drawings and photographs of ancient astronomical instruments. It will be of great interest to students of the history of science, to classicists, and to professional and amateur astronomers who seek to learn more about the origins of their science.


Geminos provides a clear view of Greek astronomy in the period between Hipparchos and Ptolemy, treating such subjects as the zodiac, the constellations, the theory of the celestial sphere, lunar cycles, and eclipses. Most significantly, Geminos gives us the earliest detailed discussion of Babylonian astronomy by a Greek writer, thus offering valuable insight into the cross-cultural transmission of astronomical knowledge in antiquity.

James Evans is codirector of the Program in Science, Technology, and Society at the University of Puget Sound. J. Lennart Berggren is Professor of Mathematics at Simon Fraser University.