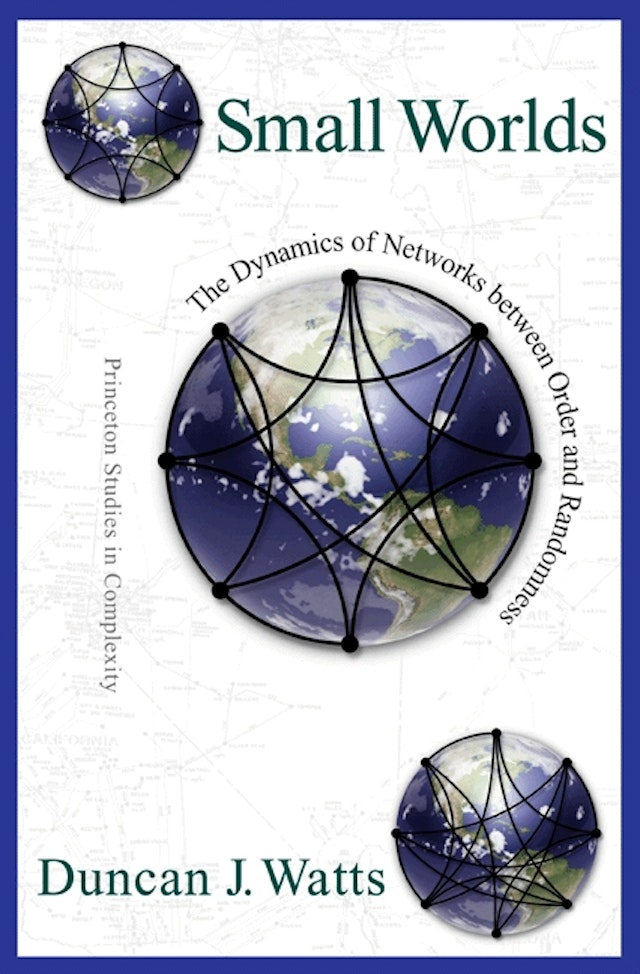 Everyone knows the small-world phenomenon: soon after meeting a stranger, we are surprised to discover that we have a mutual friend, or we are connected through a short chain of acquaintances. In his book, Duncan Watts uses this intriguing phenomenon — colloquially called “six degrees of separation” — as a prelude to a more general exploration: under what conditions can a small world arise in any kind of network?

The networks of this story are everywhere: the brain is a network of neurons; organisations are people networks; the global economy is a network of national economies, which are networks of markets, which are in turn networks of interacting producers and consumers. Food webs, ecosystems, and the Internet can all be represented as networks, as can strategies for solving a problem, topics in a conversation, and even words in a language. Many of these networks, the author claims, will turn out to be small worlds.

How do such networks matter? Simply put, local actions can have global consequences, and the relationship between local and global dynamics depends critically on the network’s structure. Watts illustrates the subtleties of this relationship using a variety of simple models — -the spread of infectious disease through a structured population; the evolution of cooperation in game theory; the computational capacity of cellular automata; and the sychronisation of coupled phase-oscillators.

Watts’s novel approach is relevant to many problems that deal with network connectivity and complex systems’ behaviour in general: How do diseases (or rumours) spread through social networks? How does cooperation evolve in large groups? How do cascading failures propagate through large power grids, or financial systems? What is the most efficient architecture for an organisation, or for a communications network? This fascinating exploration will be fruitful in a remarkable variety of fields, including physics and mathematics, as well as sociology, economics, and biology.

Duncan J. Watts, is Associate Professor of Sociology at Columbia University and an external faculty member of the Santa Fe Institute. He holds a Ph.D. in theoretical and applied mechanics from Cornell University and is the author of Six Degrees: The Science of A Connected Age. He lives in New York City.