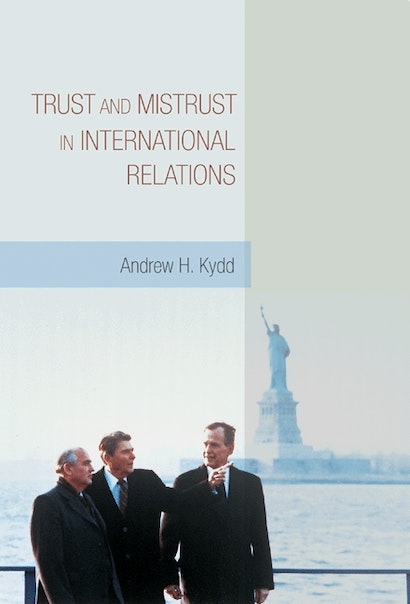 The difference between war and peace can be a matter of trust. States that trust each other can cooperate and remain at peace. States that mistrust each other enough can wage preventive wars, attacking now in fear that the other side will attack in the future. In this groundbreaking book, Andrew Kydd develops a theory of trust in international relations and applies it to the Cold War. Grounded in a realist tradition but arriving at conclusions very different from current realist approaches, this theory is the first systematic game theoretic approach to trust in international relations, and is also the first to explicitly consider how we as external observers should make inferences about the trustworthiness of states.


Kydd makes three major claims. First, while trustworthy states may enter conflict, when we see conflict we should become more convinced that the states involved are untrustworthy. Second, strong states, traditionally thought to promote cooperation, can do so only if they are relatively trustworthy. Third, even states that strongly mistrust each other can reassure each other and cooperate provided they are trustworthy.


The book’s historical chapters focus on the growing mistrust at the beginning of the Cold War. Contrary to the common view that both sides were willing to compromise but failed because of mistrust, Kydd argues that most of the mistrust in the Cold War was justified, because the Soviets were not trustworthy.

Andrew H. Kydd is associate professor of political science at the University of Wisconsin.

"Andrew H. Kydd's impressive new book speaks to a range of topics. . . . This is a book everyone should read. . . . Kydd's book is a model of systematic thinking about important subjects. The field of international relations is stronger because of its publication."—Aaron M. Hoffman, Political Science Quarterly

"This bold, elegant, innovative book is an important work of political science, but historians should take it seriously as well."—David A. Welch, International History Review

"[This] is an important book that does what a good theory book should do: offer a novel way of looking at a phenomenon and provide a solid basis for future research."—Branislav L. Slantchev, Perspectives on Politics

"Trust and Mistrust in International Relations is an important book that does what a good theory book should do: offer a novel way of looking at a phenomenon and provide a solid basis for future research.... Andrew Kydd utilizes the models to illuminate crucial periods of recent history in a way that allows one to weigh, and dismiss, well-known alternatives."—Branislav L. Slantchev, Perspectives on Politics