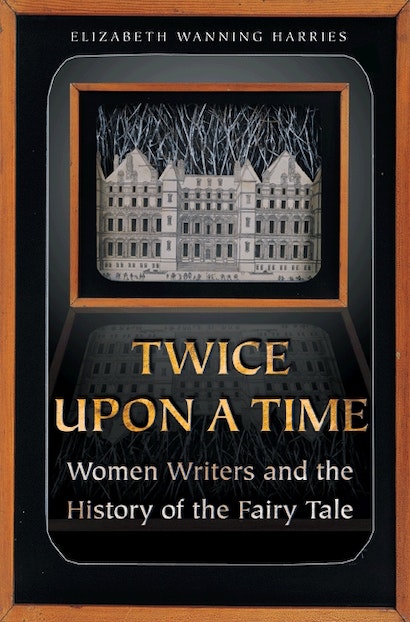 Fairy tales, often said to be ”timeless” and fundamentally ”oral,” have a long written history. However, argues Elizabeth Wanning Harries in this provocative book, a vital part of this history has fallen by the wayside. The short, subtly didactic fairy tales of Charles Perrault and the Grimms have determined our notions about what fairy tales should be like. Harries argues that alongside these ”compact” tales there exists another, ”complex” tradition: tales written in France by the conteuses (storytelling women) in the 1690s and the late-twentieth-century tales by women writers that derive in part from this centuries-old tradition.


Grounded firmly in social history and set in lucid prose, Twice upon a Time refocuses the lens through which we look at fairy tales. The conteuses saw their tales as amusements for sophisticated adults in the salon, not for children. Self-referential, frequently parodic, and set in elaborate frames, their works often criticize the social expectations that determined the lives of women at the court of Louis XIV.


After examining the evolution of the ”Anglo-American” fairy tale and its place in this variegated history, Harries devotes the rest of her book to recent women writers — A. S. Byatt, Anne Sexton, Angela Carter, and Emma Donoghue among them — who have returned to fairy-tale motifs so as to challenge modern-day gender expectations. Late-twentieth-century tales, like the conteuses’, force us to rethink our conception of fairy tales and of their history.

Elizabeth Wanning Harries is Professor of English and Comparative Literature at Smith College. She is the author of The Unfinished Manner: Essays on the Fragment in the Later Eighteenth Century.

"In this elegant study the scholar Elizabeth Wanning Harries gives their due to the counteuses—the 17th century French ladies . . . who entertained their salons with witty, sophisticated fantasies about imaginary princes and princesses. . . . Harries suggests, with culture today fragmented into myriad products and market niches, fairy tales may be our only universal point of reference, the only cultural language we speak in common."—Amanda Heller, The Boston Globe

"To read Harries's study is to have that all too rare experience of recognizing that this book needed to be written and is full of truths."—Choice

"This is a highly readable work which engages with important questions in feminist literary criticism and fairy-tale research and offers a valuable and well-argued rereading of the history of the fairy tale."—Karen Seago, Marvels and Tales