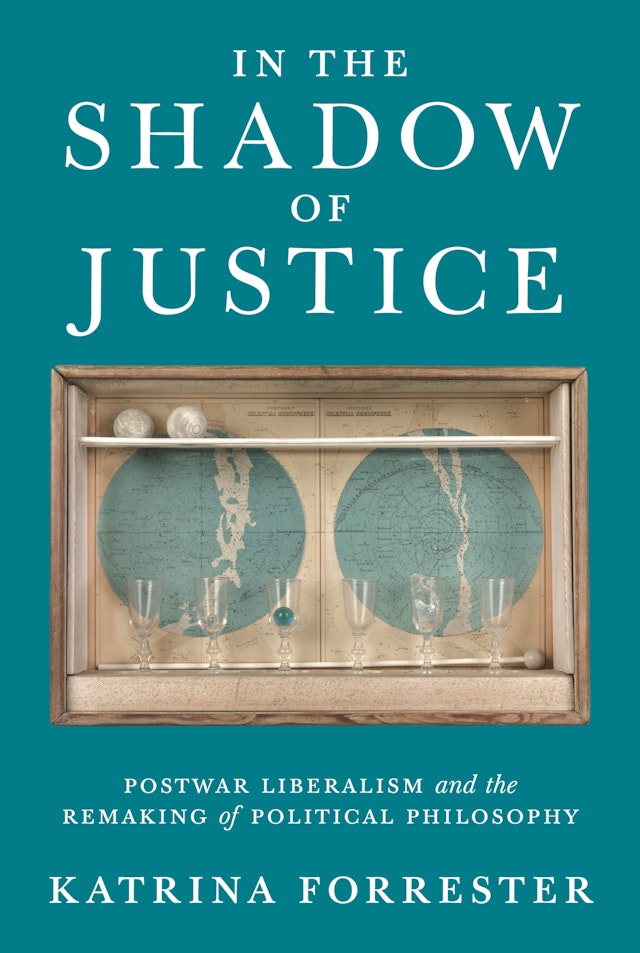 In the Shadow of Justice tells the story of how liberal political philosophy was transformed in the second half of the twentieth century under the influence of John Rawls. In this first-ever history of contemporary liberal theory, Katrina Forrester shows how liberal egalitarianism—a set of ideas about justice, equality, obligation, and the state—became dominant, and traces its emergence from the political and ideological context of the postwar United States and Britain.

In the aftermath of the civil rights movement and the Vietnam War, Rawls’s A Theory of Justice made a particular kind of liberalism essential to political philosophy. Using archival sources, Forrester explores the ascent and legacy of this form of liberalism by examining its origins in midcentury debates among American antistatists and British egalitarians. She traces the roots of contemporary theories of justice and inequality, civil disobedience, just war, global and intergenerational justice, and population ethics in the 1960s and ’70s and beyond. In these years, political philosophers extended, developed, and reshaped this liberalism as they responded to challenges and alternatives on the left and right—from the New International Economic Order to the rise of the New Right. These thinkers remade political philosophy in ways that influenced not only their own trajectory but also that of their critics.

Recasting the history of late twentieth-century political thought and providing novel interpretations and fresh perspectives on major political philosophers, In the Shadow of Justice offers a rigorous look at liberalism’s ambitions and limits.

Katrina Forrester is assistant professor of government and social studies at Harvard University. She is the coeditor of Nature, Action, and the Future. Her writing has appeared in the New Yorker, the London Review of Books, the Nation, the Guardian, Dissent, the New Statesman, n+1, and Harper’s. Twitter @katforrester 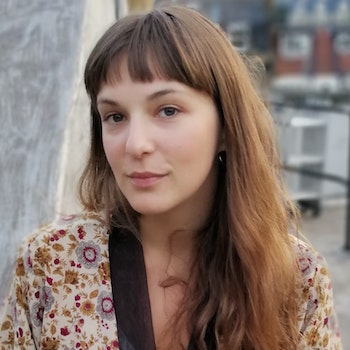 "[An] extraordinary study . . . Forrester is a subtle intellectual historian as well as a political theorist."—Jedediah Purdy, The New Republic

"A fascinating account of how the concerns of philosophers were transformed by the work of one diffident and self-effacing philosopher, the Harvard professor John Rawls."—Alan Ryan, New Statesman

"A path-breaking book that shows how postwar liberalism was transformed by the philosophy of John Rawls."—Gavin Jacobson, New Statesman

"[A] magisterial history of postwar liberal political philosophy. . . . Forrester is a scholarly marvel in her combination of a writer’s eloquence, a historian’s eye for revelatory detail, and an activist’s commitment to social liberation. . . . In the Shadow of Justice a formidable intervention in the trajectory of contemporary political thought."—Vafa Ghazavi, The Philosopher

"In the Shadow of Justice will particularly benefit scholars and students of philosophy, politics and history concerned with the future of political liberalism. [Forrester's] important work provides a unique resource for shedding light on the conceptual roots of modern political thought while at the same time disclosing its limits."—Rahel Süß, LSE Review of Books

"Forrester’s excellent recent book…tells the story of how . . . Rawls’s highly intricate and deceptively simple brand of abstract liberal egalitarianism—first articulated in his A Theory of Justice in 1971—came to take over academic philosophy. . . . In reminding us that even political philosophers who claim to speak outside any particular time or place are, in fact, the product of a particular time and place, Forrester undoes the pretension to timelessness that Rawls claimed, at least for a time."—Susan McWilliams Barndt, Commonweal

"A wonderful overview—impressively combining a big-picture synthesis with a remarkably fine-grained attention to key details—of the postwar milieu, the major players and the crucial debates, that consolidated the hegemony of liberal egalitarianism in Anglo-American political theory circles. Forrester has performed an invaluable service in providing a history of ideas that anyone interested in these issues will now simply have to read."—Charles Mills, author of Black Rights / White Wrongs: The Critique of Racial Liberalism

"With exquisite documentation and extraordinary power, In the Shadow of Justice reconstructs a set of contingent developments in Anglo-American philosophy that acquired the force of apparent necessity and defined the philosophical agenda for two generations. This is one of the most effective and unsettling works of genealogical intellectual history that I have ever read and it is destined to be an instant classic."—Samuel Moyn, author of Not Enough: Human Rights in an Unequal World

"In the Shadow of Justice is a splendid reconstruction of the intellectual roots of liberal egalitarianism. But it is also so much more. Forrester tells a subtle story of how liberal politics and ideology both enabled and constrained the quest for justice in postwar thought. She has given us one of the very best books on Rawls, and an exquisite model of how to engage with normative political theory to understand the times in which we live."—Lea Ypi, author of Global Justice and Avant-Garde Political Agency

"This important book is the first to put liberalism in postwar Anglo-American political thought in proper historical perspective. It deepens our understanding of the tradition of liberal egalitarianism, the origins of John Rawls’s theory in particular. Forrester is critical of that tradition’s blind spots, but also rightly emphasizes what unsuspected resources egalitarianism might still provide for thinking through our present political challenges."—Jan-Werner Muller, author of Contesting Democracy: Political Ideas in Twentieth-Century Europe and What Is Populism?