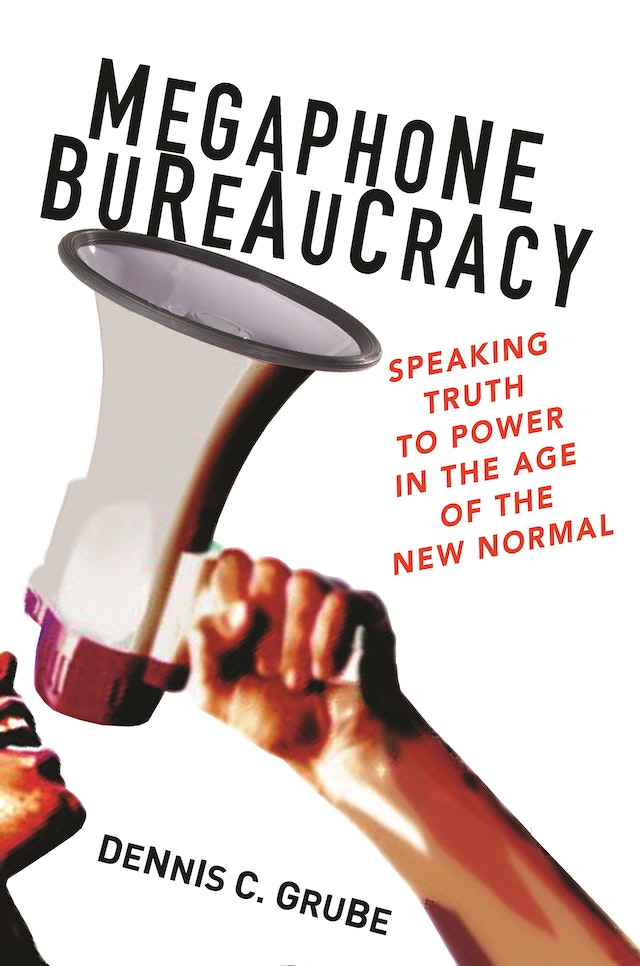 Once relegated to the anonymous back rooms of democratic debate, our bureaucratic leaders are increasingly having to govern under the scrutiny of a 24-hour news cycle, hyperpartisan political oversight, and a restless populace that is increasingly distrustful of the people who govern them. Megaphone Bureaucracy reveals how today’s civil servants are finding a voice of their own as they join elected politicians on the public stage and jockey for advantage in the persuasion game of modern governance.

In this timely and incisive book, Dennis Grube draws on in-depth interviews and compelling case studies from the United States, the United Kingdom, Australia, Canada, and New Zealand to describe how senior bureaucrats are finding themselves drawn into political debates they could once avoid. Faced with a political climate where polarization and media spin are at an all-time high, these modern mandarins negotiate blame games and manage contradictory expectations in the glare of an unforgiving spotlight. Grube argues that in this fiercely divided public square a new style of bureaucratic leadership is emerging, one that marries the robust independence of Washington agency heads with the prudent political neutrality of Westminster civil servants. These “Washminster” leaders do not avoid the public gaze, nor do they overtly court political controversy. Rather, they use their increasingly public pulpits to exert their own brand of persuasive power.

Megaphone Bureaucracy shows how today’s senior bureaucrats are making their voices heard by embracing a new style of communication that brings with it great danger but also great opportunity.

Dennis C. Grube is lecturer in public policy at the University of Cambridge. A former political speechwriter, he is the author of Prime Ministers and Rhetorical Governance and At the Margins of Victorian Britain: Politics, Immorality, and Britishness in the Nineteenth Century. He lives in South Cambridgeshire, England. 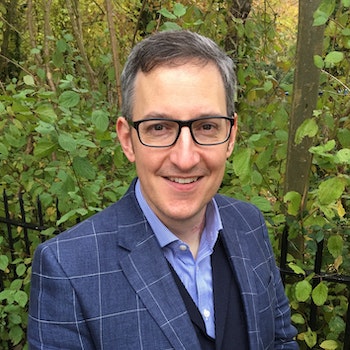 "Grube’s contribution is to show how civil servants, in an era of bots and deliberate misinformation, can up the volume for veracity, pushing boundaries while not crossing them. It’s a message we need to hear."—Drew Fagan, Literary Review of Canada

"Brexit has provided a case study like no other in how British officials must tread a perilous path between their private advice and public-facing roles. Dennis Grube's study of this 'megaphone bureaucracy' reveals how officials in both Britain and America are navigating, and sometimes embracing, this new era. A must-read for anyone seeking to reach the top echelons of public service."—Catherine Haddon, Institute for Government

"Today's public servants must navigate treacherous waters because of more demanding standards of openness, polarized politics, an accelerated news cycle, and unforgiving social media. Dennis Grube makes the intriguing argument that this new world of public service—where we all know more about the complexities of policymaking—might actually be better. This is an important and timely contribution for scholars and practitioners."—Alasdair Roberts, University of Massachusetts Amherst

“Vivid, topical, and well-researched. Grube’s analysis raises important issues about leadership in executive government in the age of transparency and the respective roles of political and administrative officeholders in providing that leadership.”—Paul ’t Hart, Utrecht University

"Megaphone Bureaucracy is a timely comparative analysis that restores some balance to the mainstream arguments in political science that our 'statespersons in disguise' have been cowed and intimidated by powerful and sometimes vindictive political forces. Grube persuasively argues that today's bureaucrats not only have increased opportunity but indeed the moral responsibility to speak out and correct the public record for the sake of good governance."—John Wanna, Australian National University