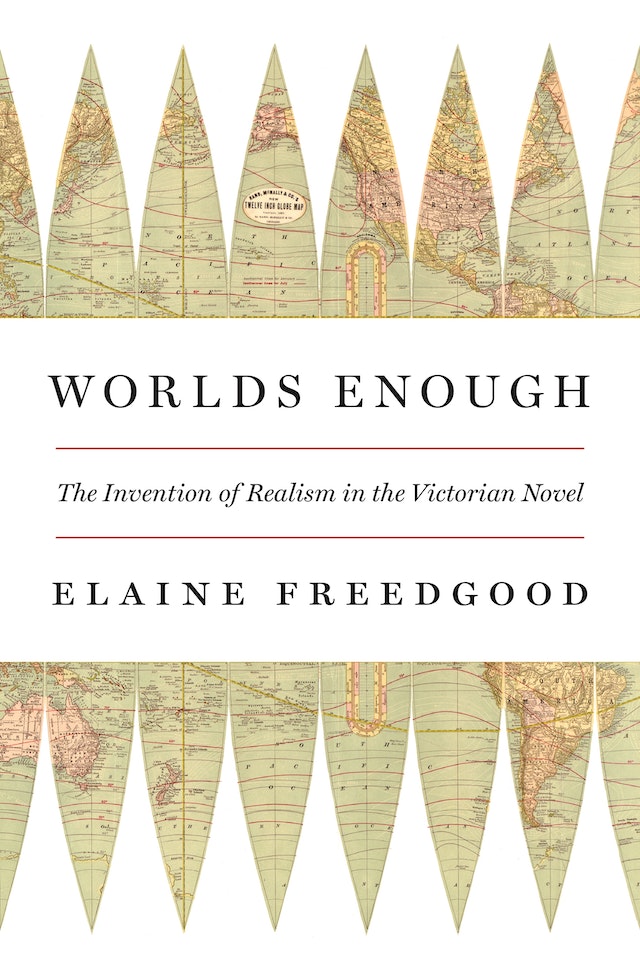 Now praised for its realism and formal coherence, the Victorian novel was not always great, or even good, in the eyes of its critics. As Elaine Freedgood reveals in Worlds Enough, it was only in the late 1970s that literary critics constructed a prestigious version of British realism, erasing more than a century of controversy about the value of Victorian fiction.

Examining criticism of Victorian novels since the 1850s, Freedgood demonstrates that while they were praised for their ability to bring certain social truths to fictional life, these novels were also criticized for their formal failures and compared unfavorably to their French and German counterparts. She analyzes the characteristics of realism—denotation, omniscience, paratext, reference, and ontology—and the politics inherent in them, arguing that if critics displaced the nineteenth-century realist novel as the standard by which others are judged, literary history might be richer. It would allow peripheral literatures and the neglected wisdom of their critics to come fully into view. She concludes by questioning the aesthetic racism built into prevailing ideas about the centrality of realism in the novel, and how those ideas have affected debates about world literature.

By re-examining the critical reception of the Victorian novel, Worlds Enough suggests how we can rethink our practices and perceptions about books we think we know.

Elaine Freedgood is professor of English at New York University. Her previous books include The Idea in Things: Fugitive Meaning in the Victorian Novel and Victorian Writing about Risk: Imagining a Safe England in a Dangerous World.

"Written with her trademark combination of sharp-wittedness and bluntness, Elaine Freedgood’s short but ambitious book, Worlds Enough: The Invention of Realism in the Victorian Novel, aims to show that the prevailing understanding of the Victorian novel’s realism is fundamentally wrong and, more important, pernicious in its effects. . . . Elaine Freedgood is an iconoclastic, inventive critic whose work is suffused with moral and political urgency."—Daniel Hack, Modern Philology

"Novel, we hardly knew you: The Victorian fiction whose familiarity we took for granted emerges from Freedgood's account uncannily recognizable yet hauntingly estranged. Ambitious, serious, and fearlessly irreverent, Freedgood's provocative argument against seeing nineteenth-century British fiction as 'realistic, reactionary, and great' gives us a Victorian novel for our time, one that points in surprising directions for the future of fiction and of critical method."—Leah Price, Harvard University

"Worlds Enough could not be timelier. Elaine Freedgood's bracing new book liberates the novel from realism, invented by modern critics to make nineteenth-century fiction respectable. Writing with her customary brio, Freedgood opens our minds to the form's multiple global horizons and restores a richer, rougher, messier Victorian novel in place of the one we thought we knew."—Ian Duncan, University of California, Berkeley

"Packing an enormously consequential argument into a small number of pages, Worlds Enough offers a brilliantly vivid and thought-provoking assessment of why, how, and when the realist novel came to be regarded as the exemplary genre of modernity. If there is such a thing as a desert-island list for works of literary criticism, this book needs to be on it."—Yoon Sun Lee, Wellesley College

"Worlds Enough offers an exciting approach to the formal and ideological issues surrounding the Victorian realist novel, and will swiftly take a prominent place in debates about it."—Audrey Jaffe, University of Toronto

"With her customary wit, wisdom, and wiliness, Elaine Freedgood peels off the layers of past criticism of the Victorian novel to reveal their startling premises. Freedgood skillfully undoes the binary between fiction and history to show the myriad ways in which readers can be in multiple worlds at once. Arguing that the messy Victorian novel is an outcome of a multiplicity that encompasses writing from non-Western societies, Worlds Enough makes an invaluable contribution to ways of reading Victorian fiction alongside literature from the Global South."—Gauri Viswanathan, Columbia University