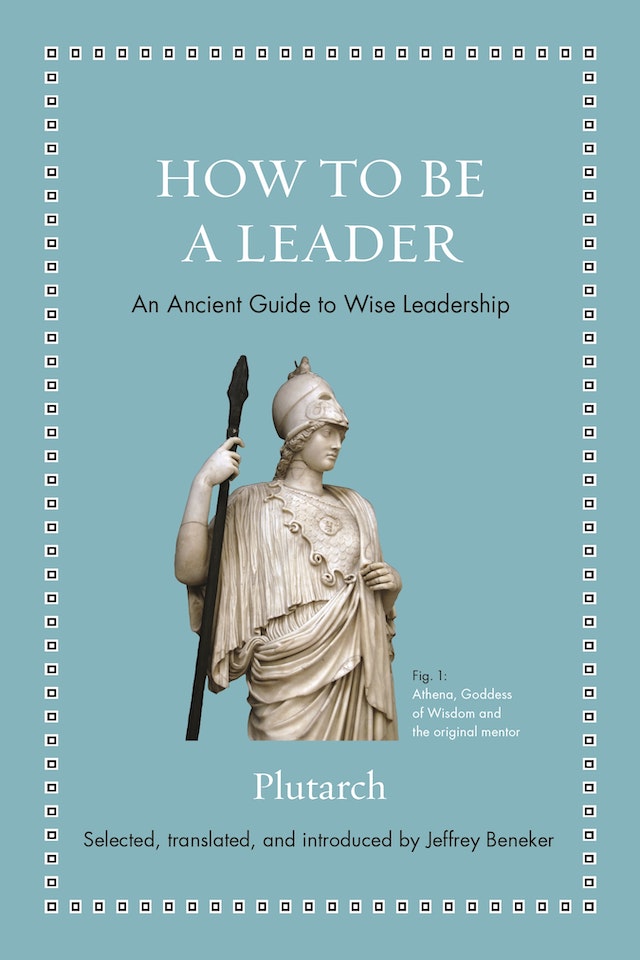 The ancient biographer and essayist Plutarch thought deeply about the leadership qualities of the eminent Greeks and Romans he profiled in his famous—and massive—Lives, including politicians and generals such as Pericles, Alexander the Great, Julius Caesar, and Mark Antony. Luckily for us, Plutarch distilled what he learned about wise leadership in a handful of essays, which are filled with essential lessons for experienced and aspiring leaders in any field today. In How to Be a Leader, Jeffrey Beneker presents the most important of these essays in lively new translations accompanied by an enlightening introduction, informative notes, and the original Greek on facing pages.

In “To an Uneducated Leader,” “How to Be a Good Leader,” and “Should an Old Man Engage in Politics?” Plutarch explains the characteristics of successful leaders, from being guided by reason and exercising self-control to being free from envy and the love of power, illustrating his points with memorable examples drawn from legendary Greco-Roman lives. He also explains how to train for leadership, persuade and deal with colleagues, manage one’s career, and much more.

Writing at the height of the Roman Empire, Plutarch suggested that people should pursue positions of leadership only if they are motivated by “judgment and reason”—not “rashly inspired by the vain pursuit of glory, a sense of rivalry, or a lack of other meaningful activities.” His wise counsel remains as relevant as ever.

Jeffrey Beneker is professor of classics at the University of Wisconsin–Madison and the author of The Passionate Statesman: Eros and Politics in Plutarch’s "Lives." He lives in Madison, Wisconsin.

"Nuggets of wisdom for the budding leader . . . glimmer through an anthology that sometimes feels like a mashup of Polonius’s TED talk to Laertes and the epistolary musings of an aging historian."—Jonathan W. Jordan, Wall Street Journal

"In the modern age, people who try to tell us how to be good leaders usually end up telling us only about themselves. Through new translations of three concise essays from Plutarch, Jeffrey Beneker guides us toward far better advice about the wisdom, stoicism, and selflessness found in true leaders."—Tom Nichols, author of The Death of Expertise

"These writings of Plutarch are surprisingly relevant to political life in twenty-first-century democracies and deserve to be better known. How to Be a Leader brings these works to modern readers in an accessible way."—Timothy Duff, University of Reading