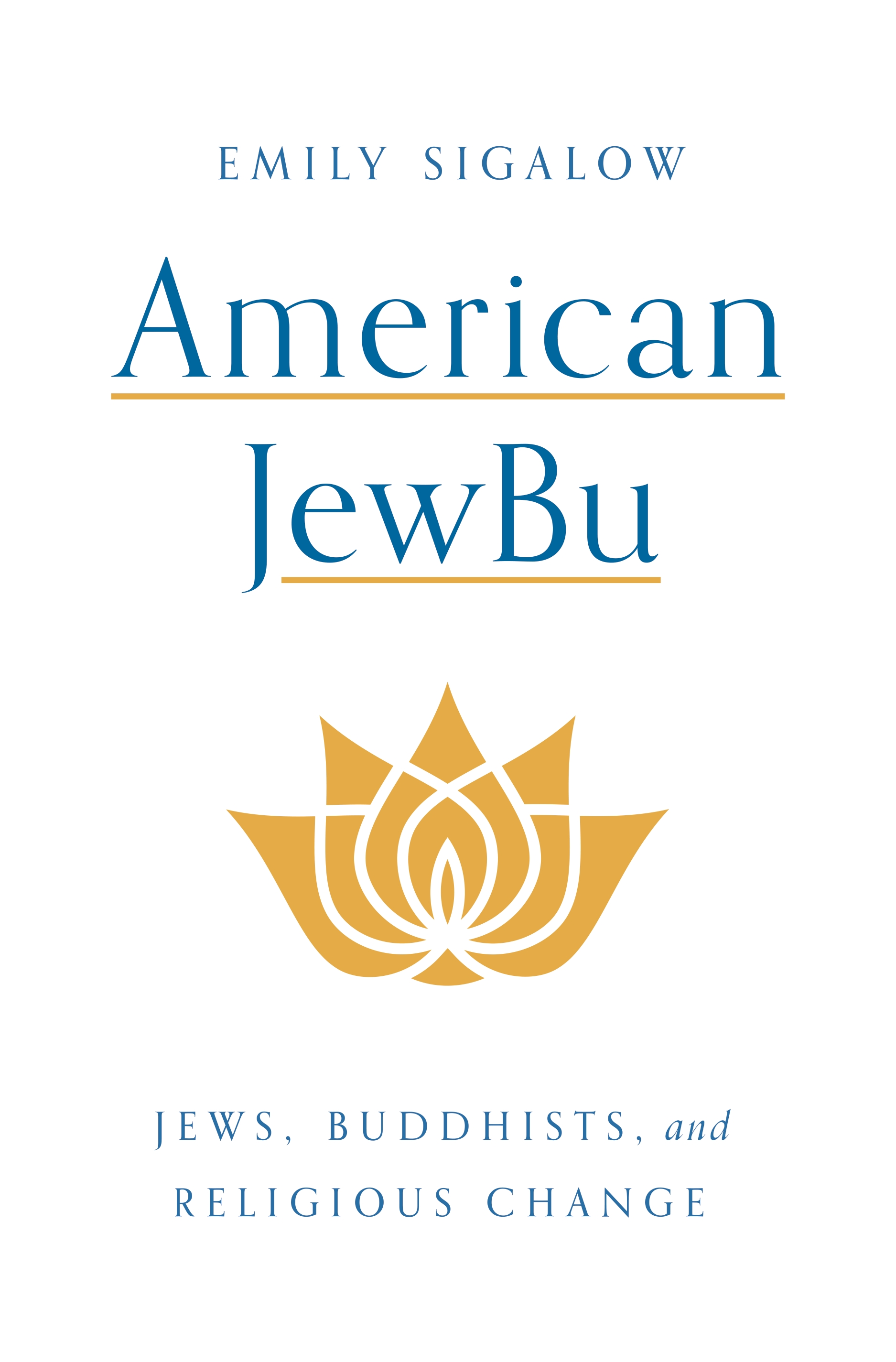 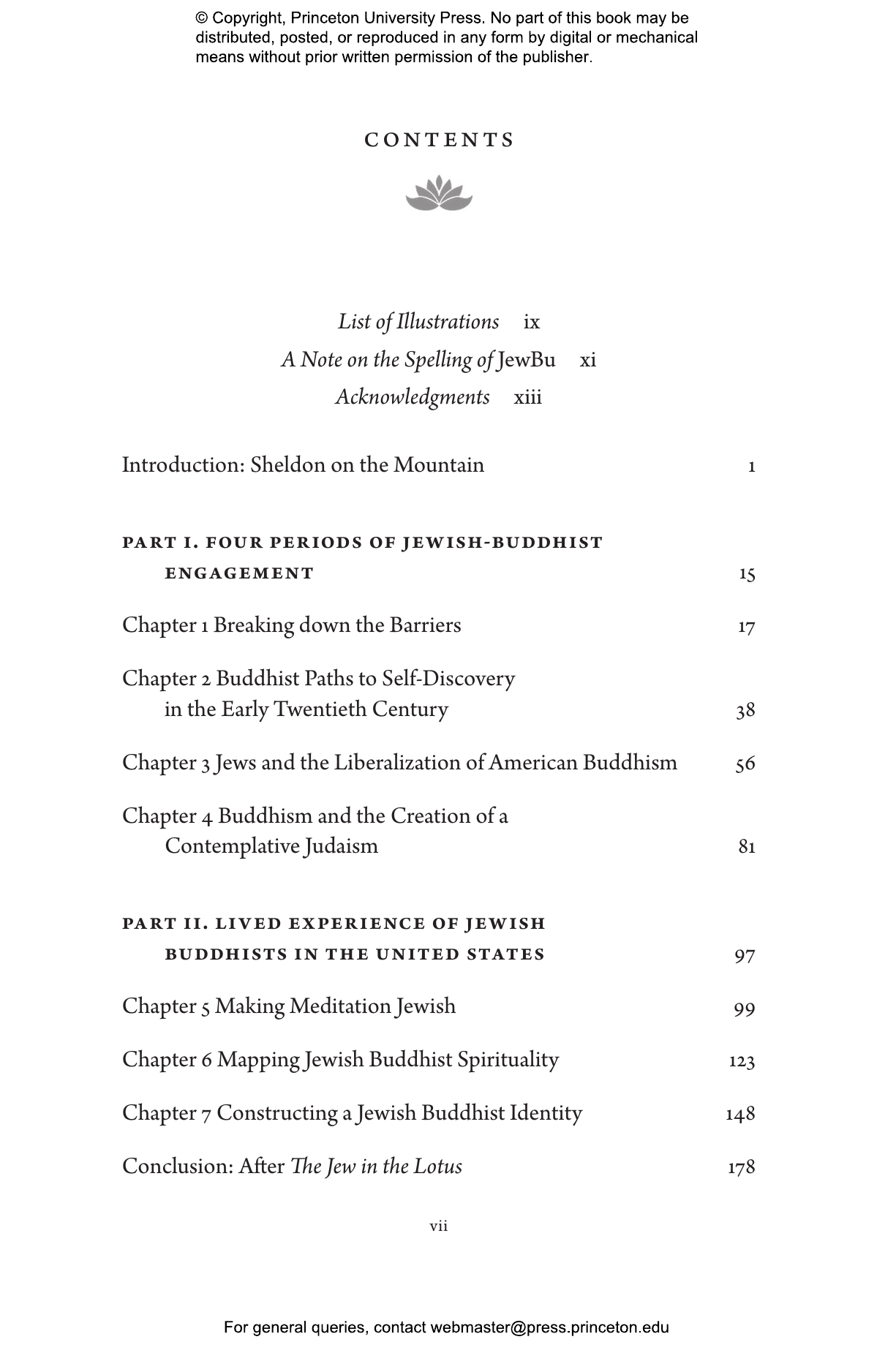 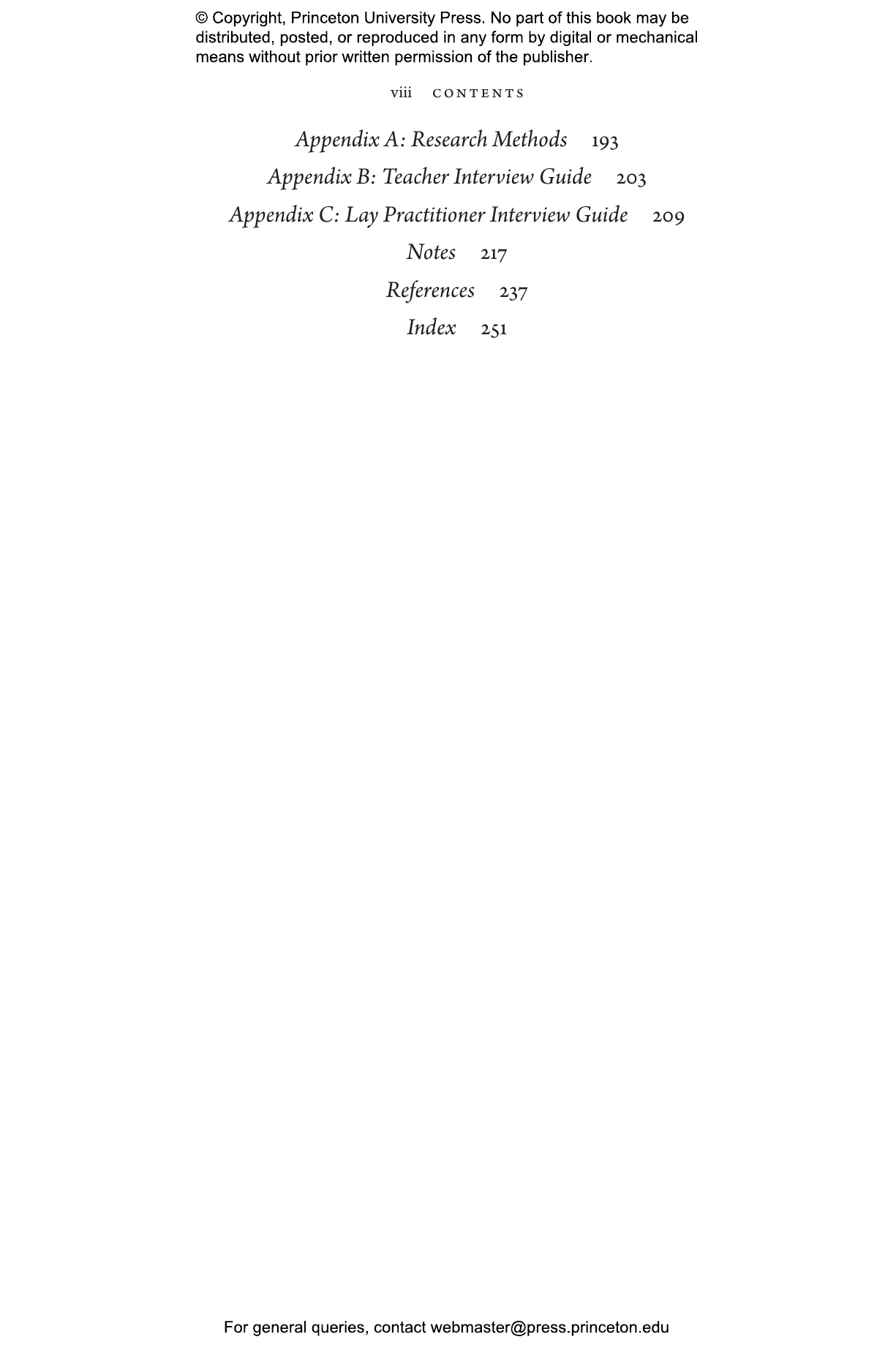 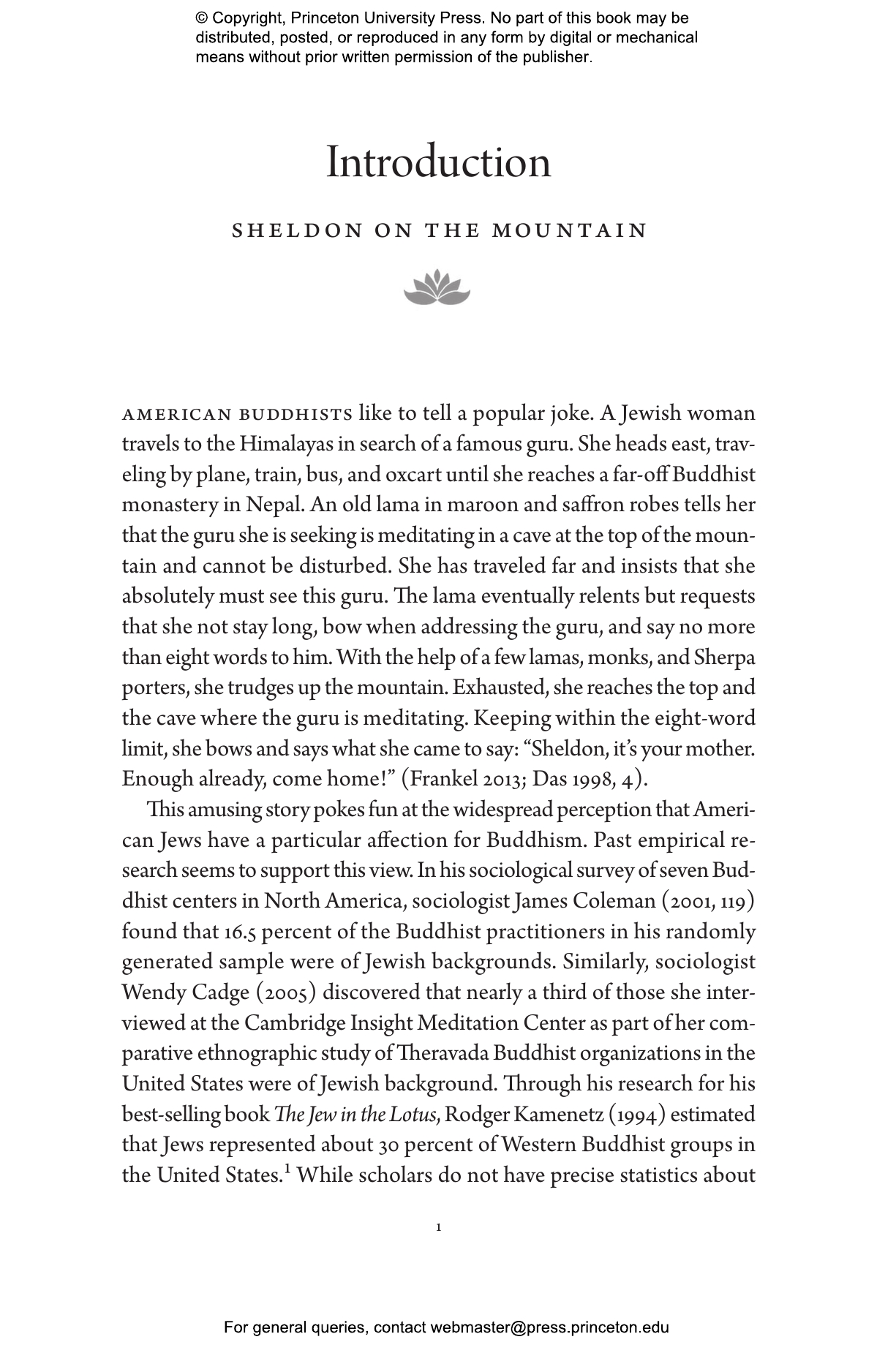 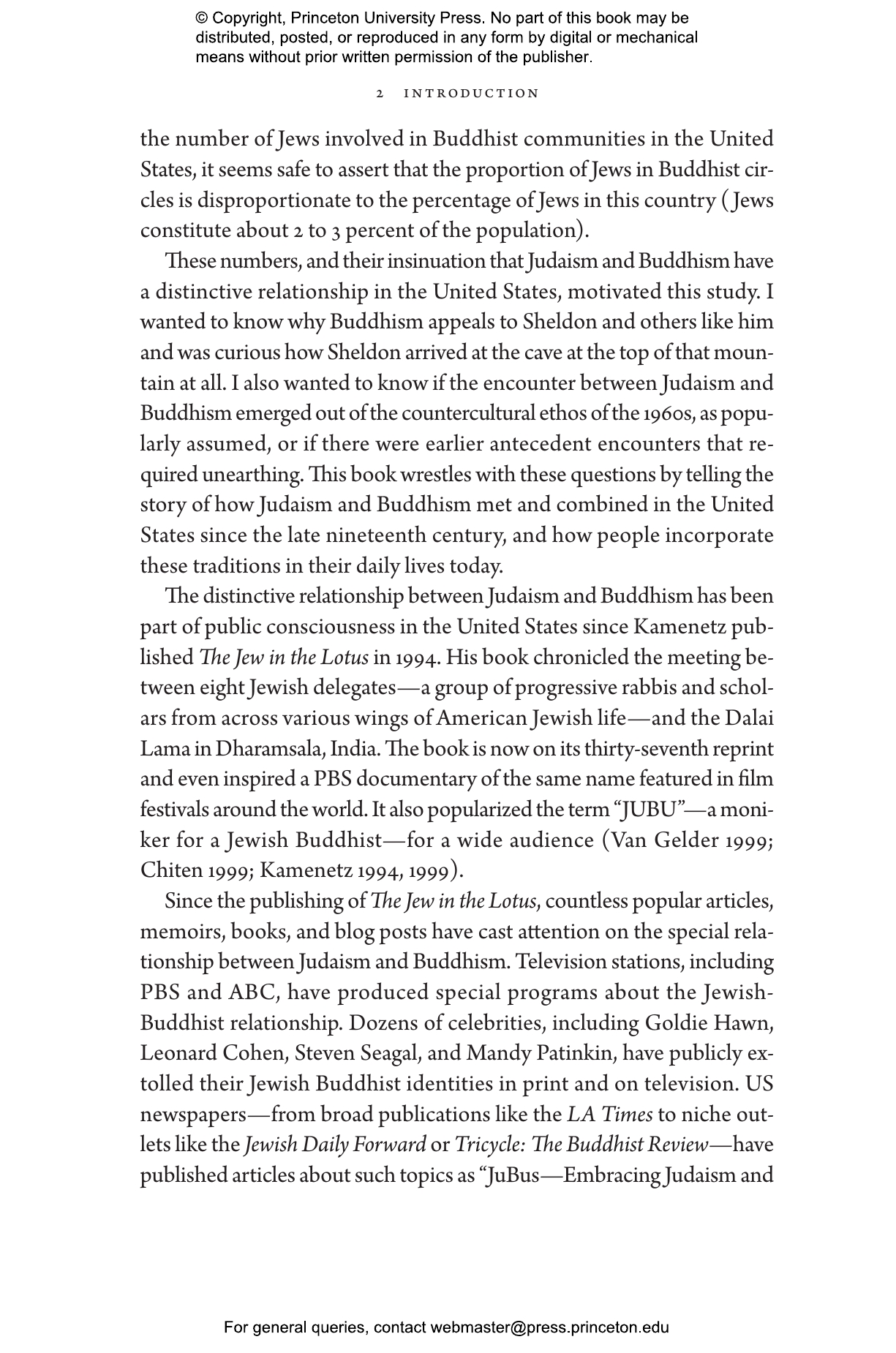 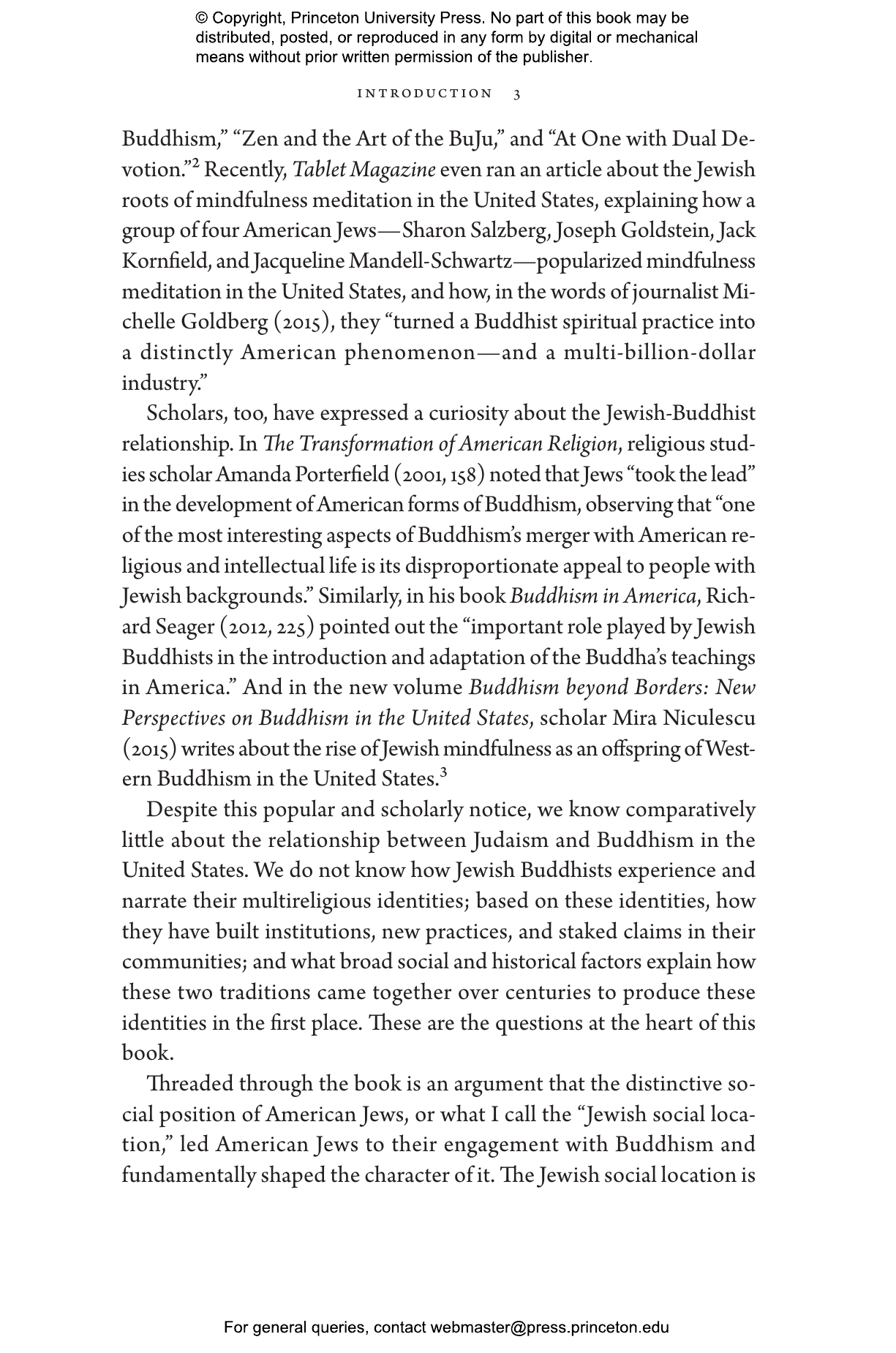 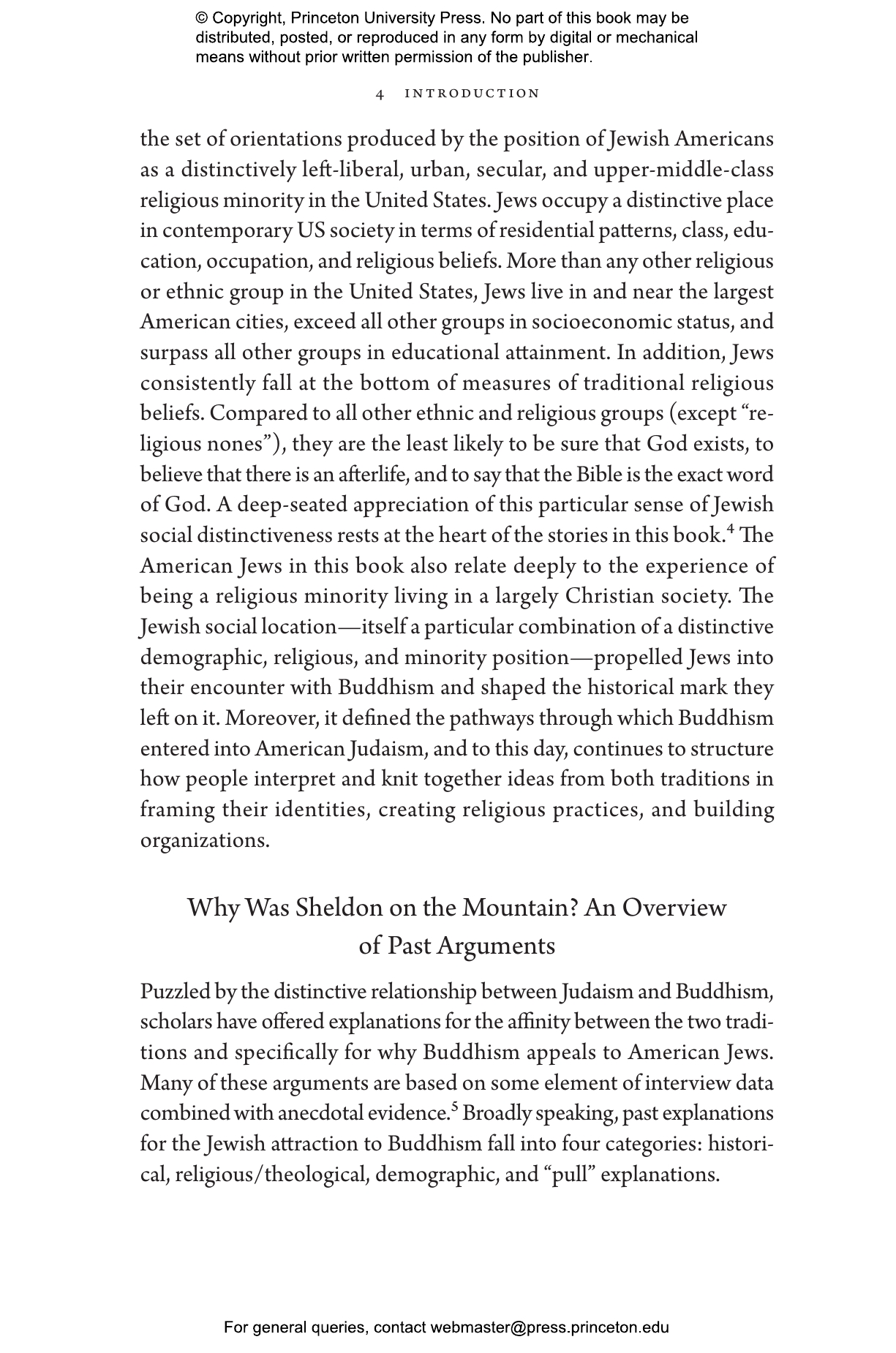 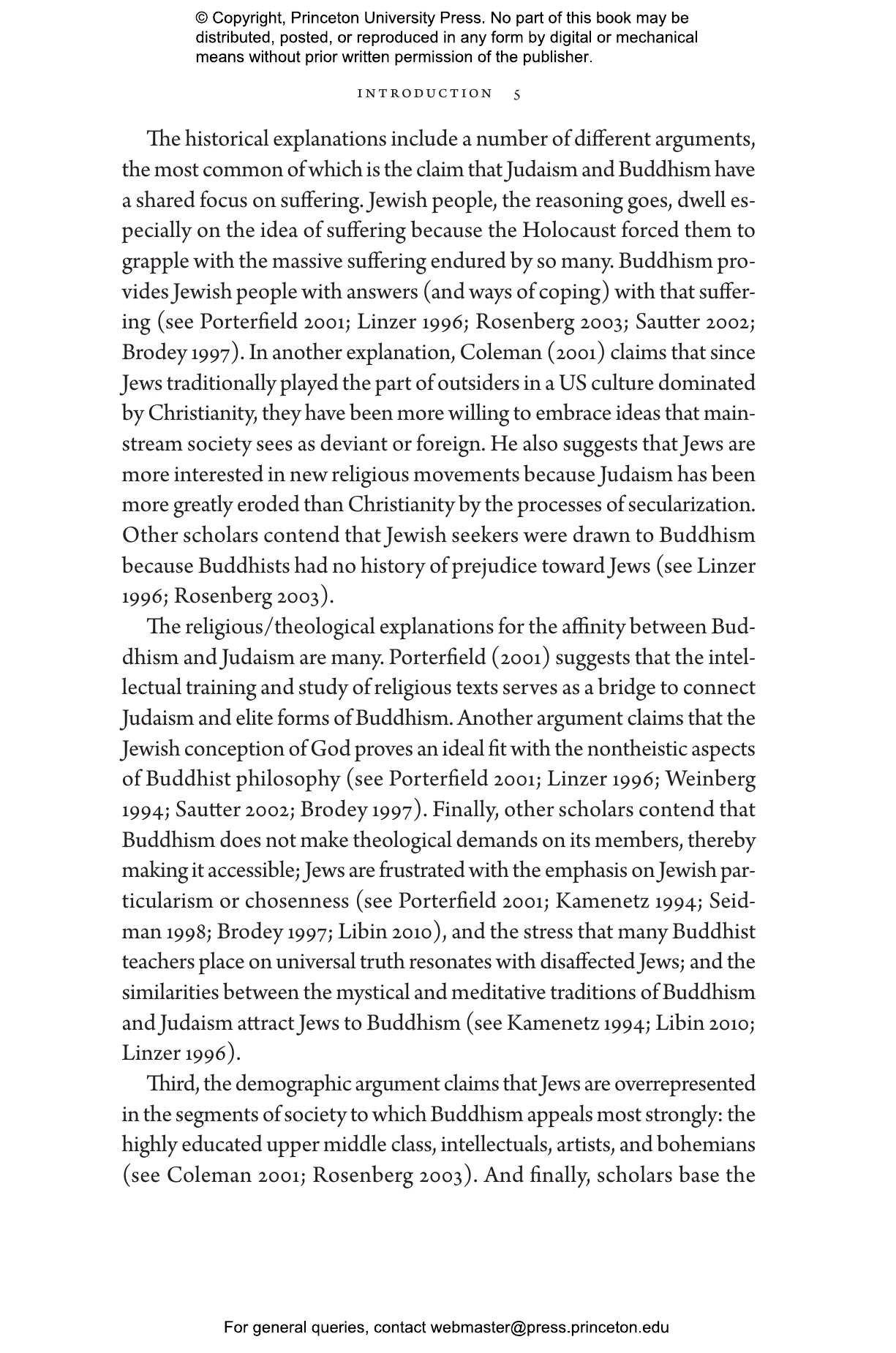 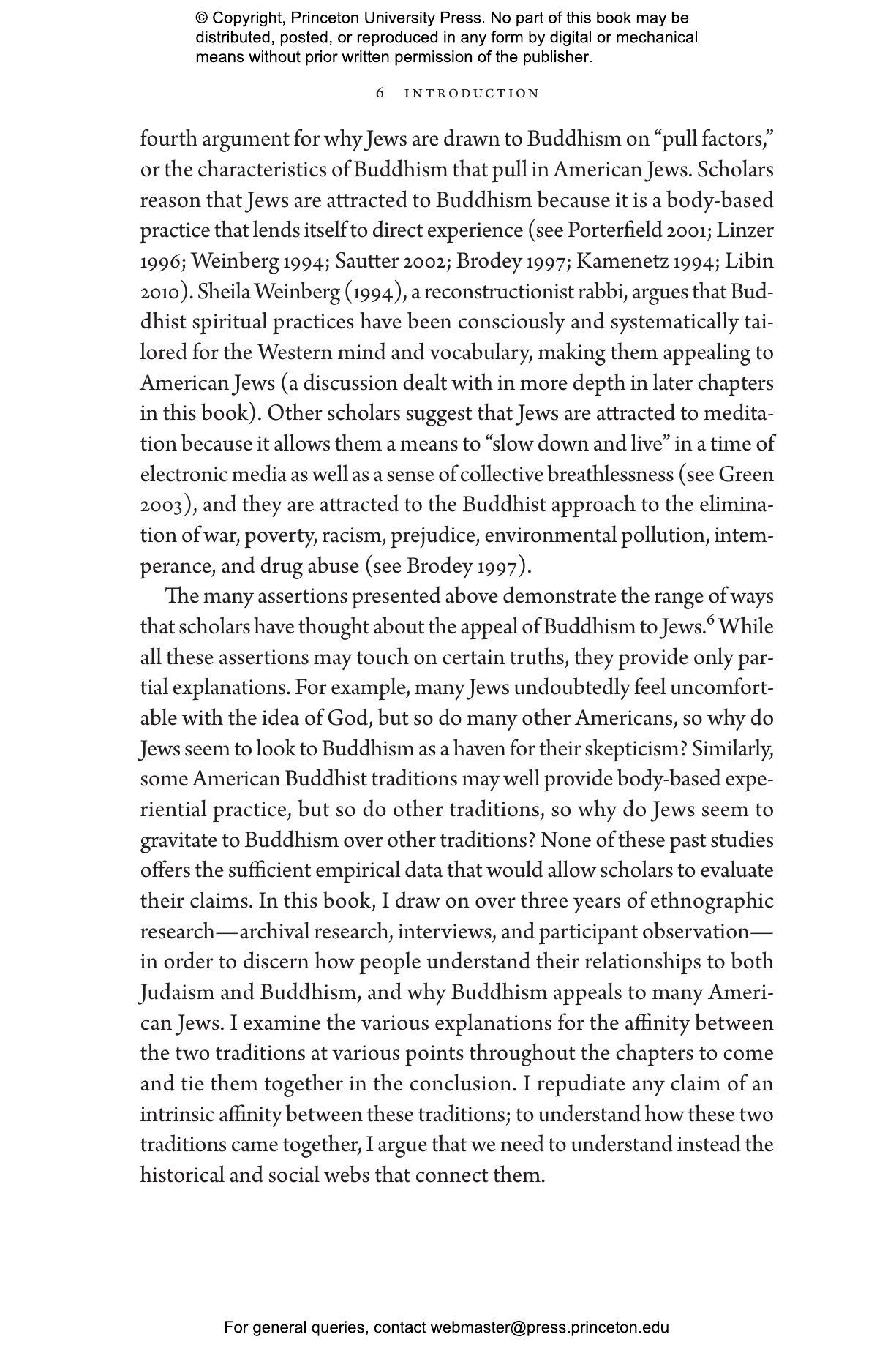 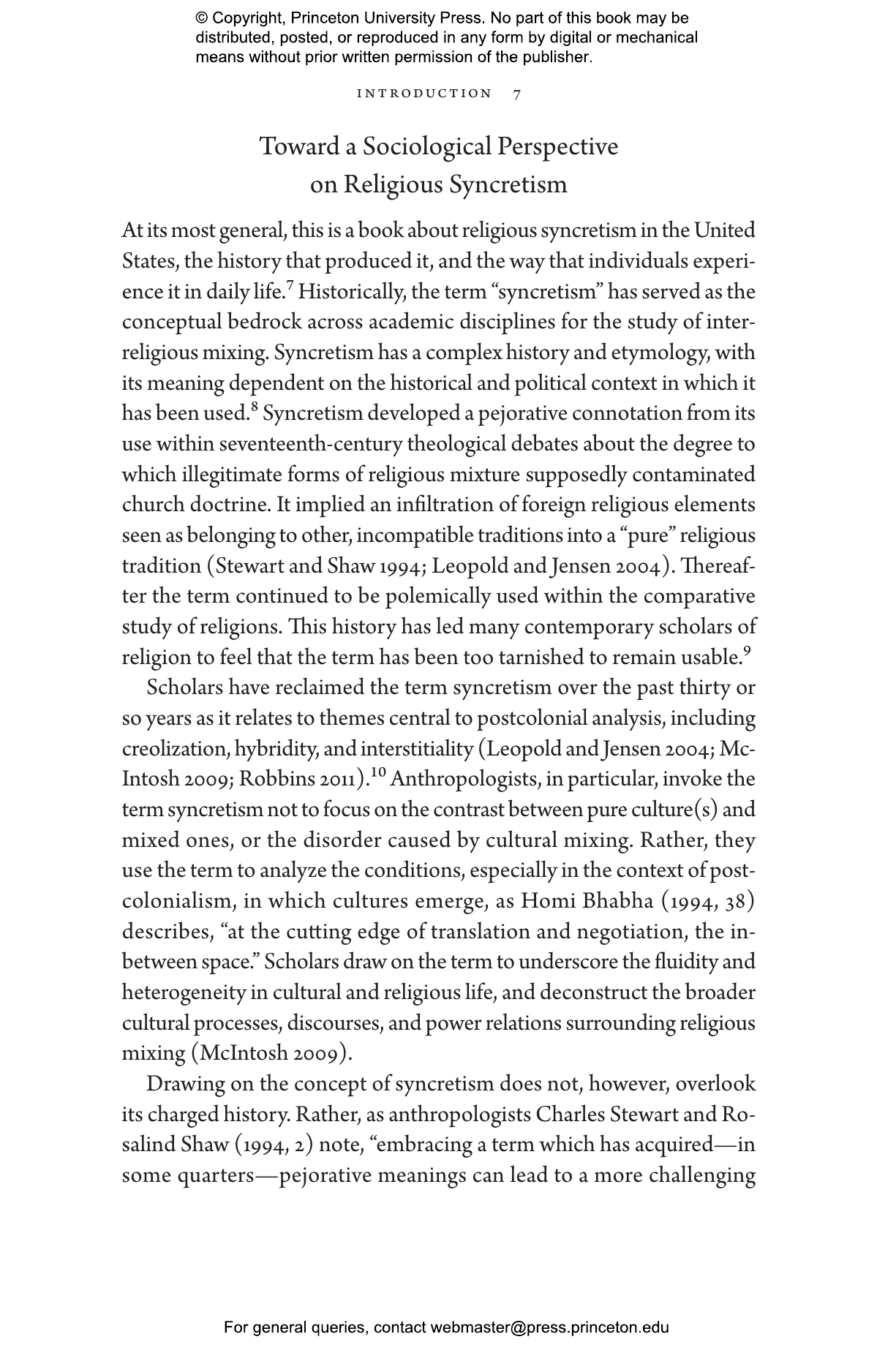 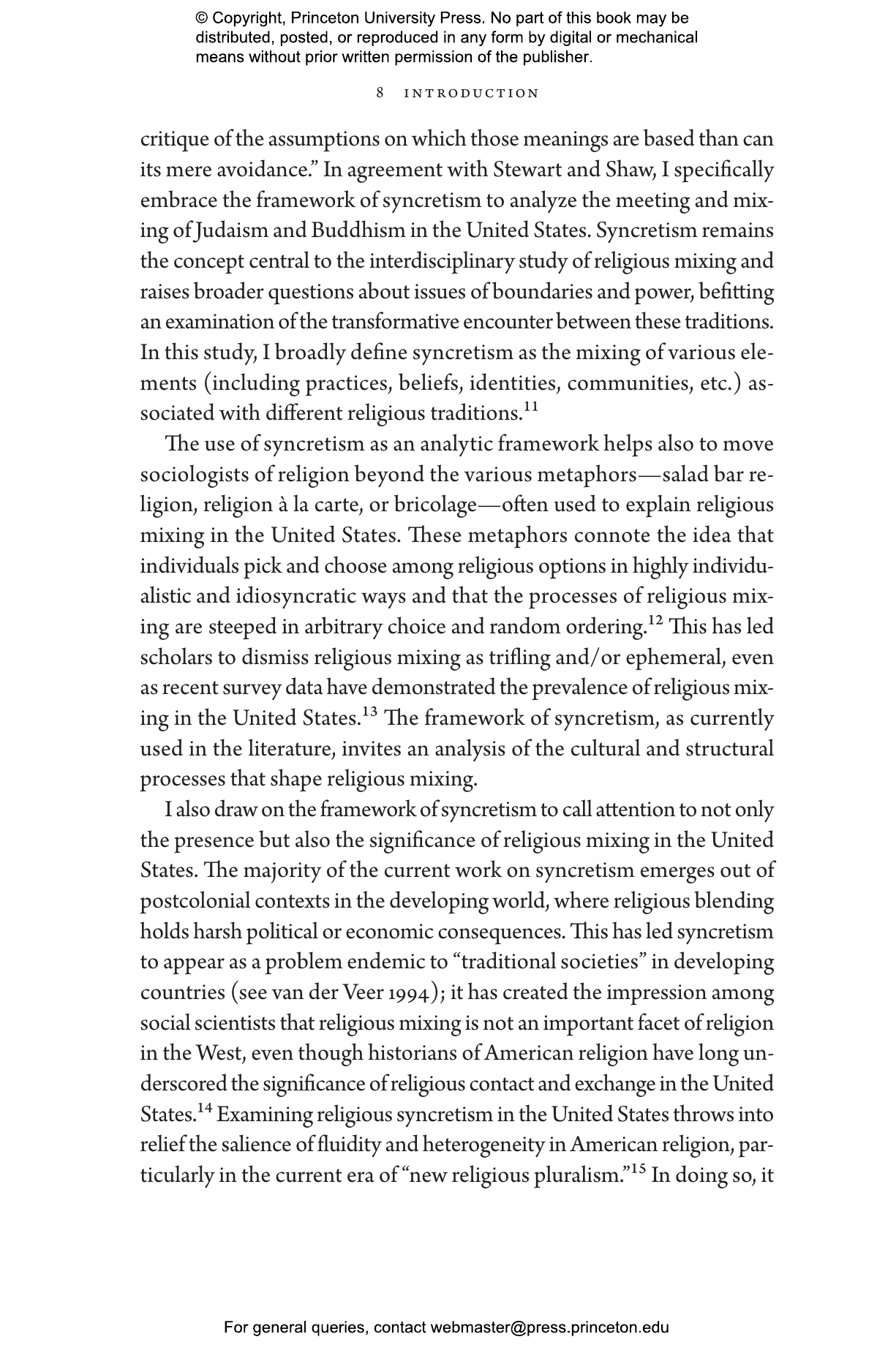 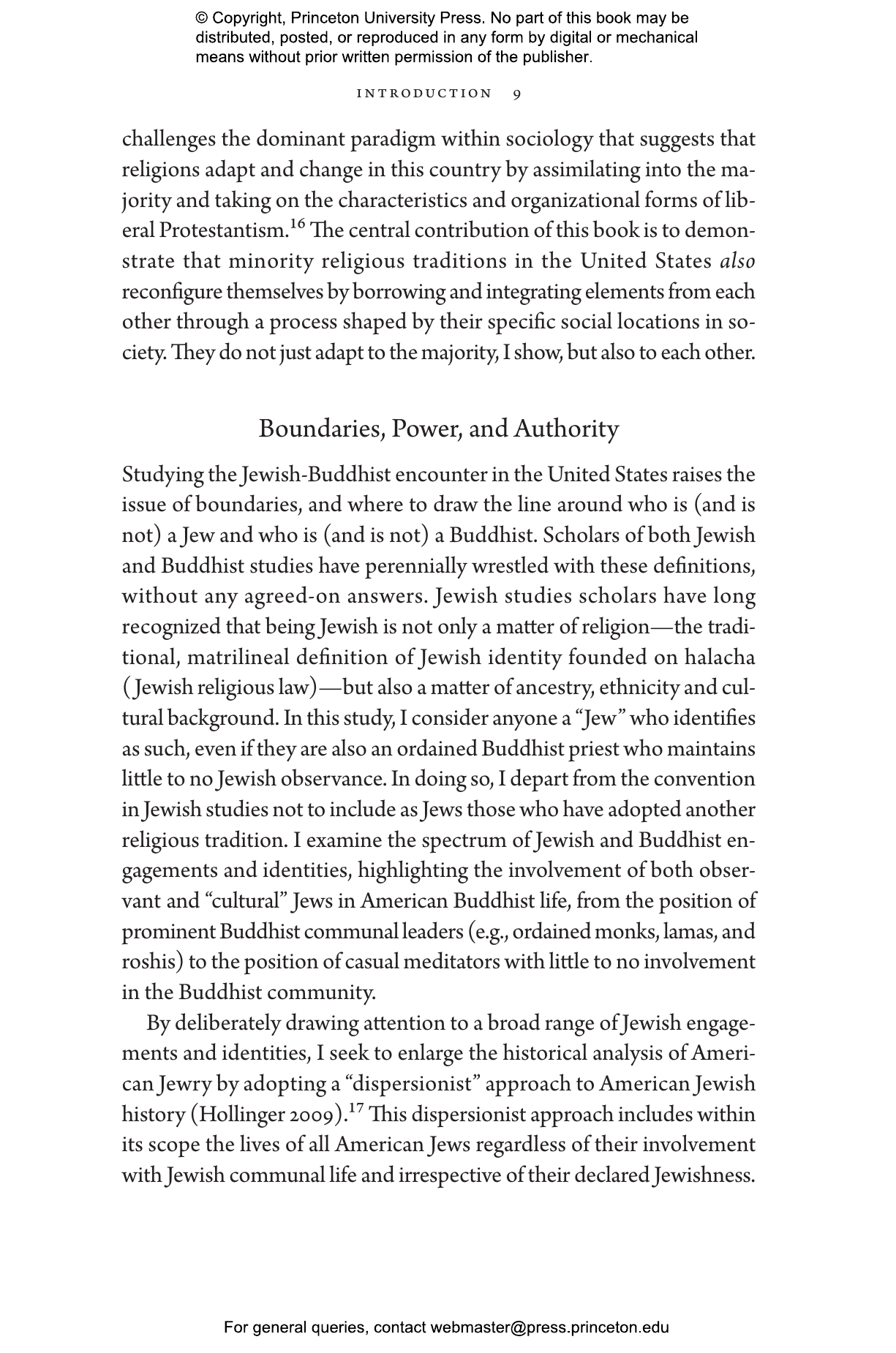 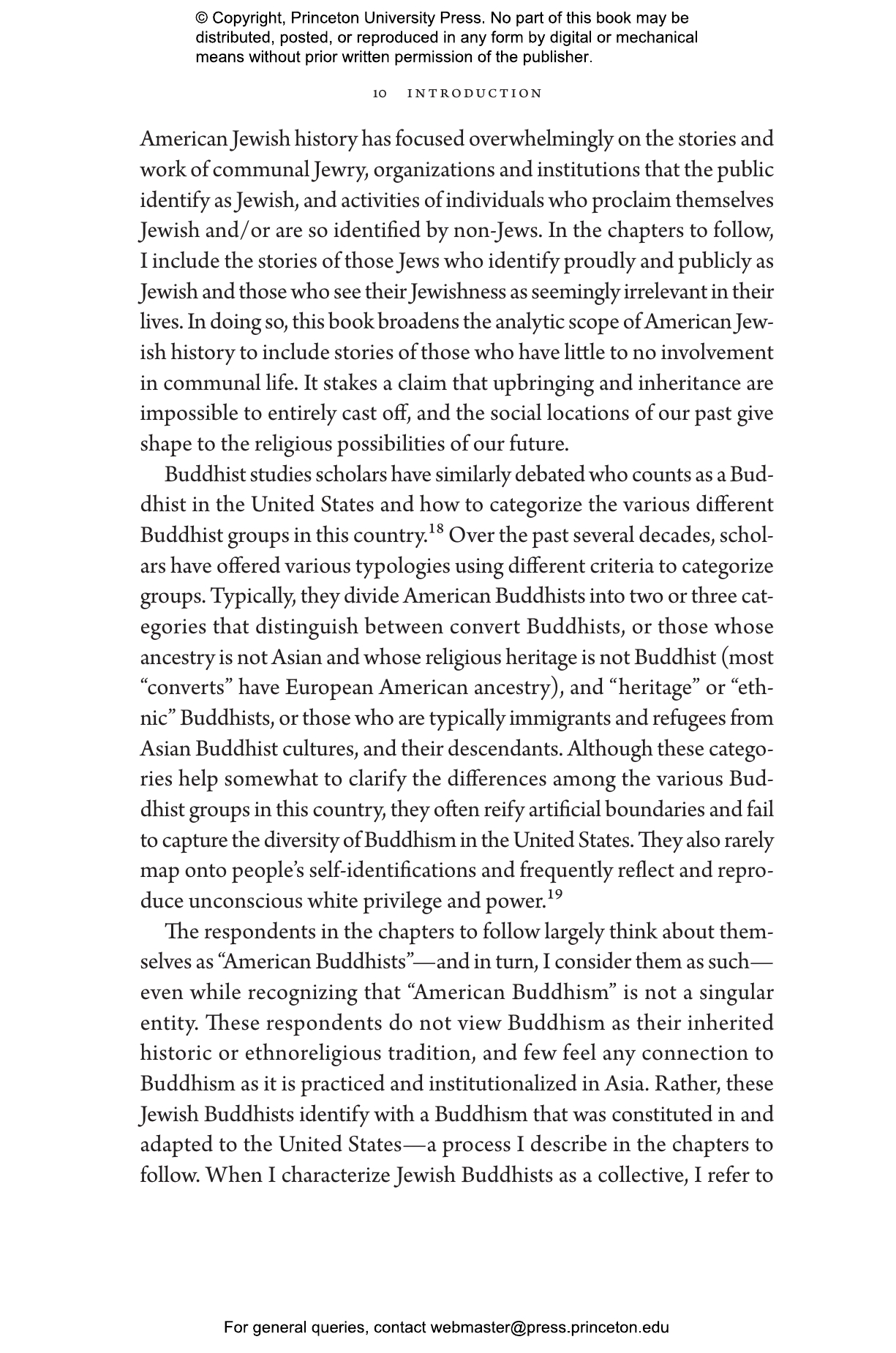 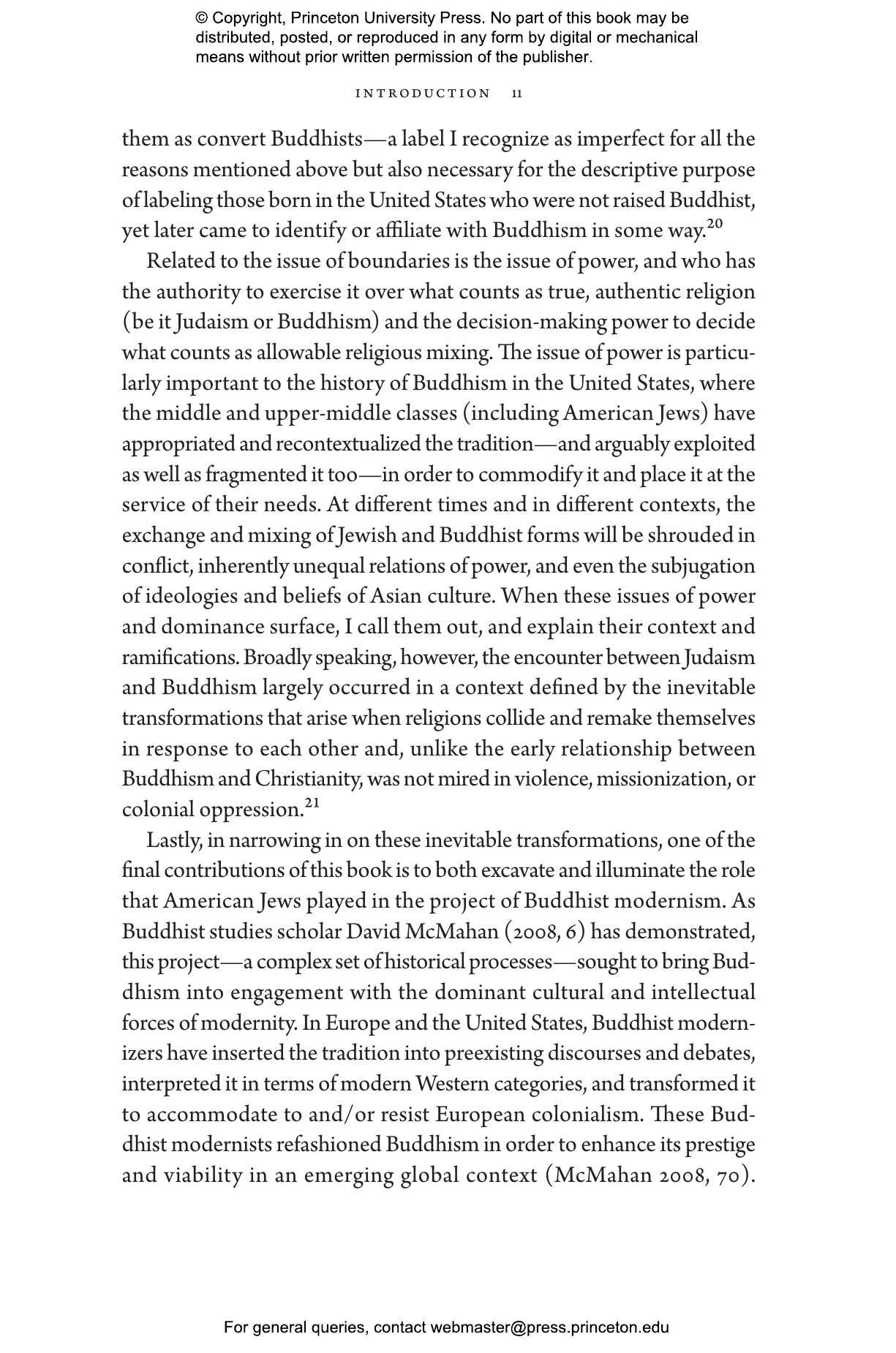 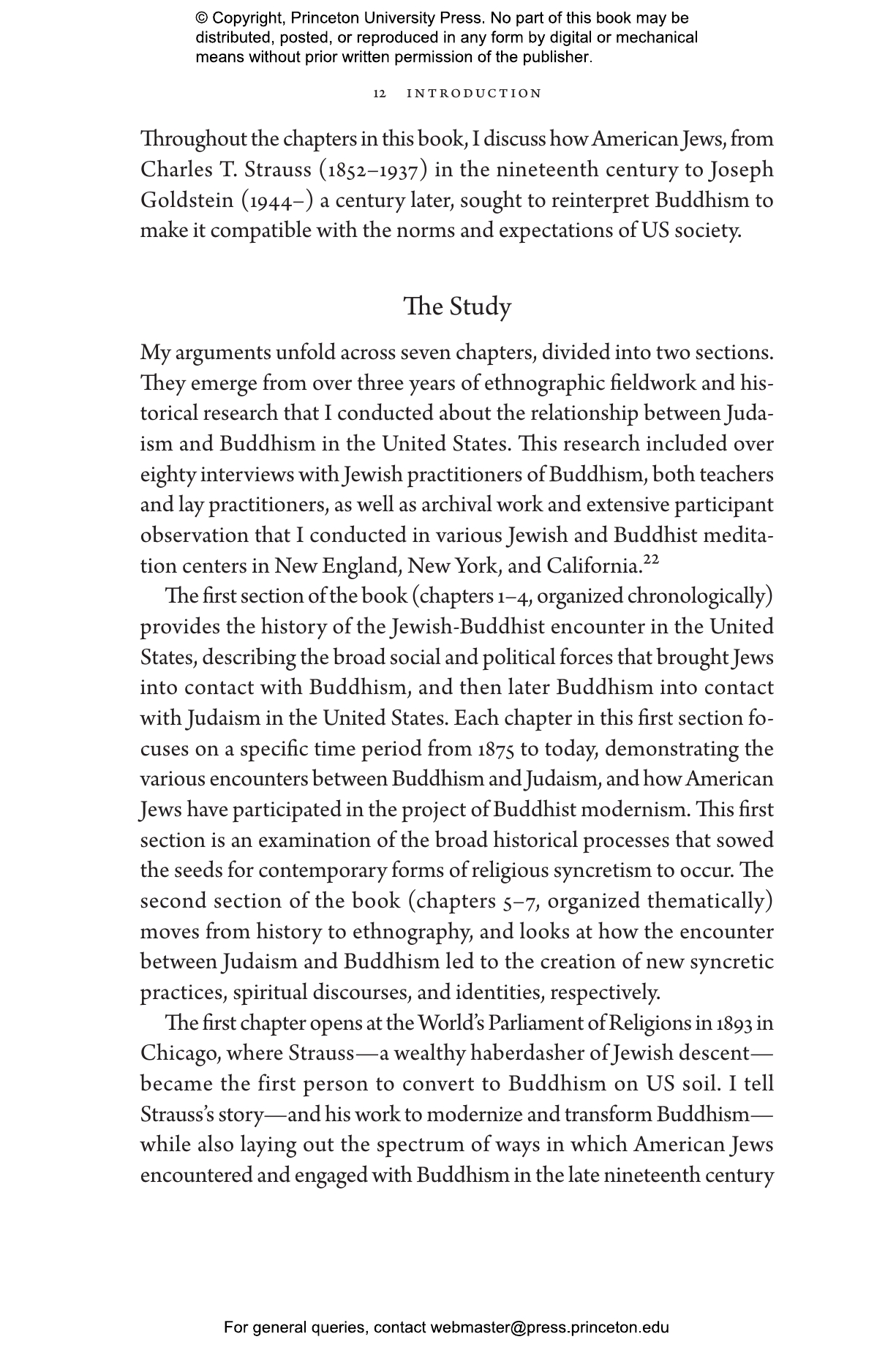 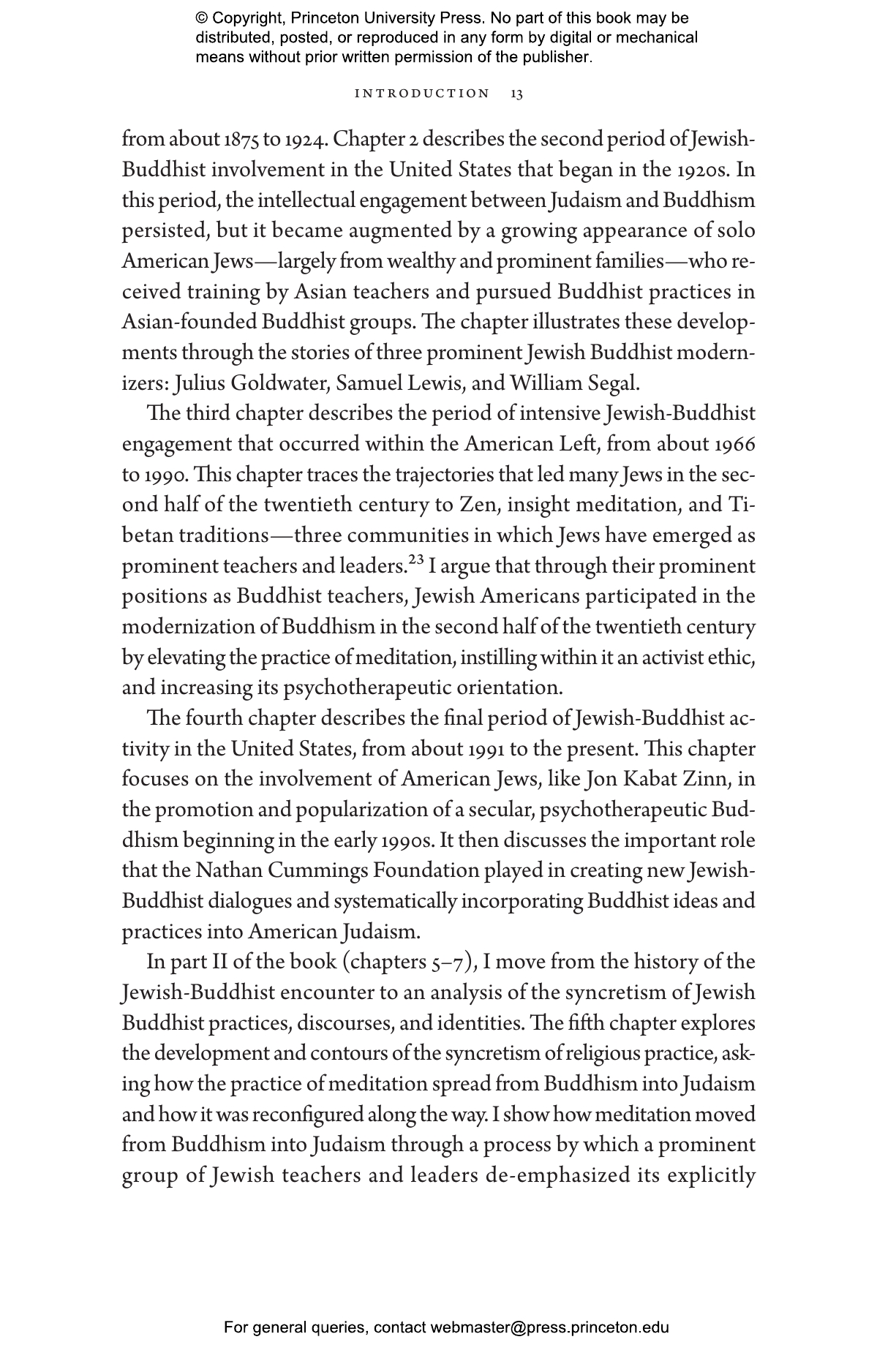 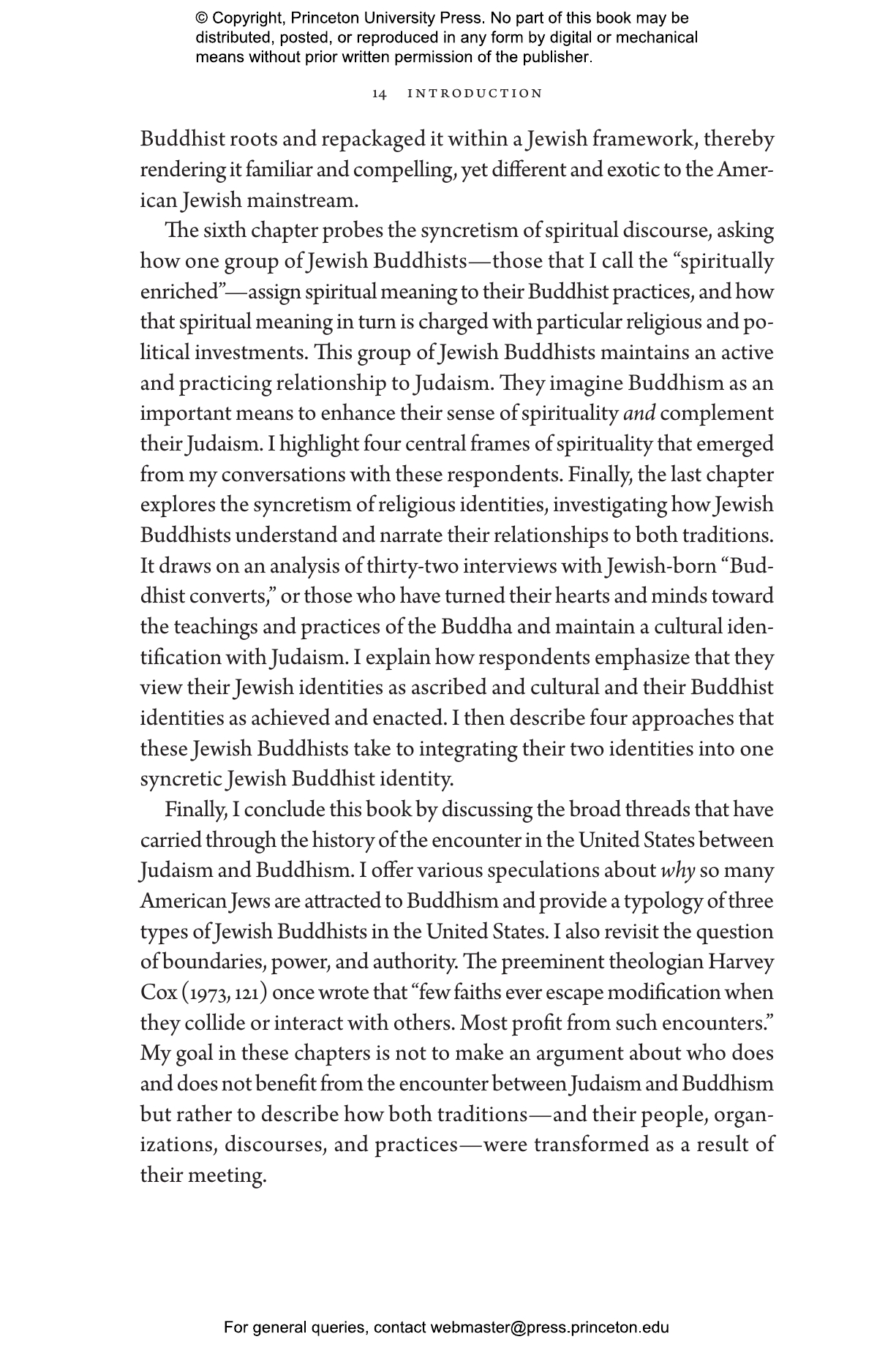 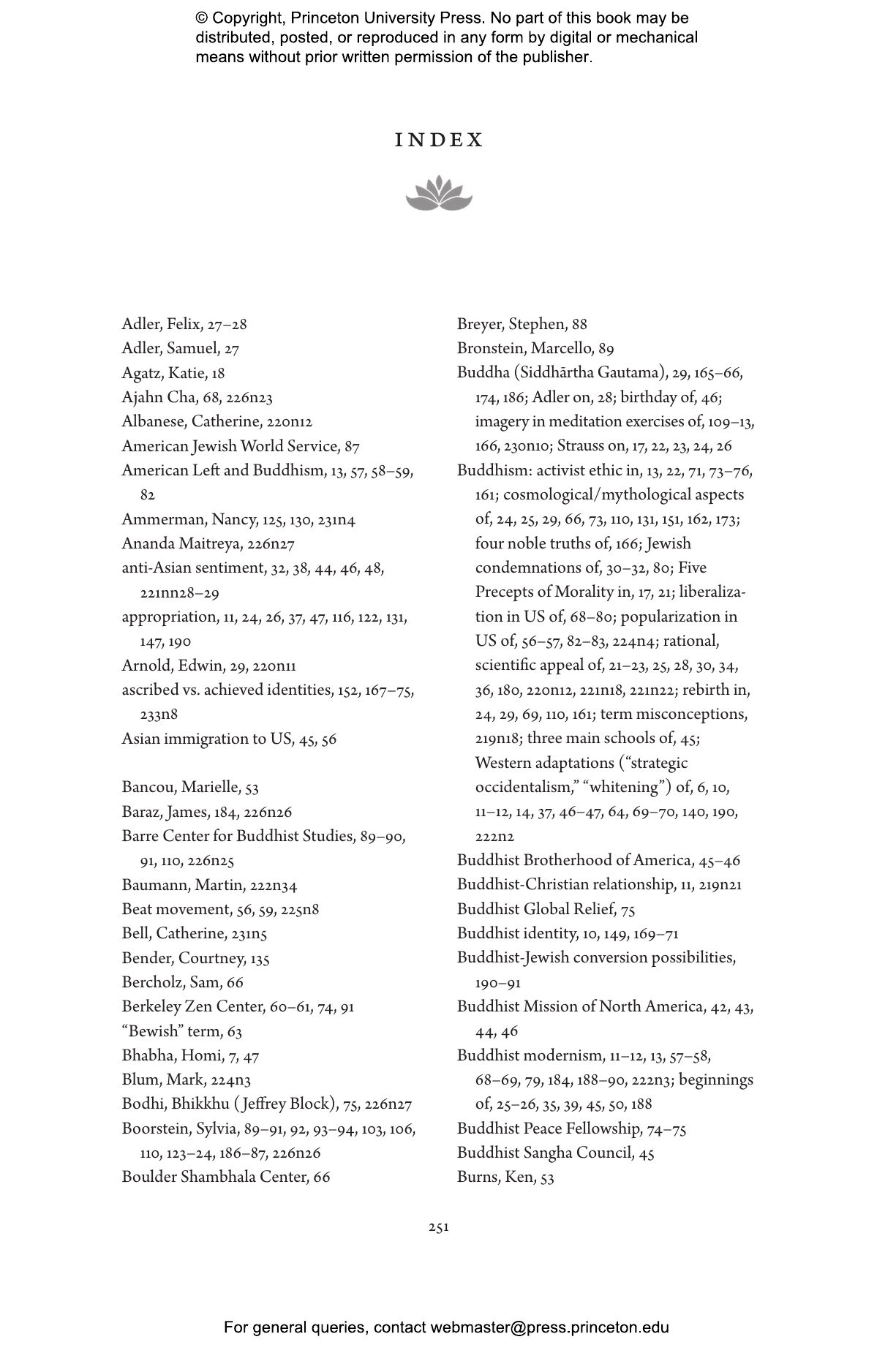 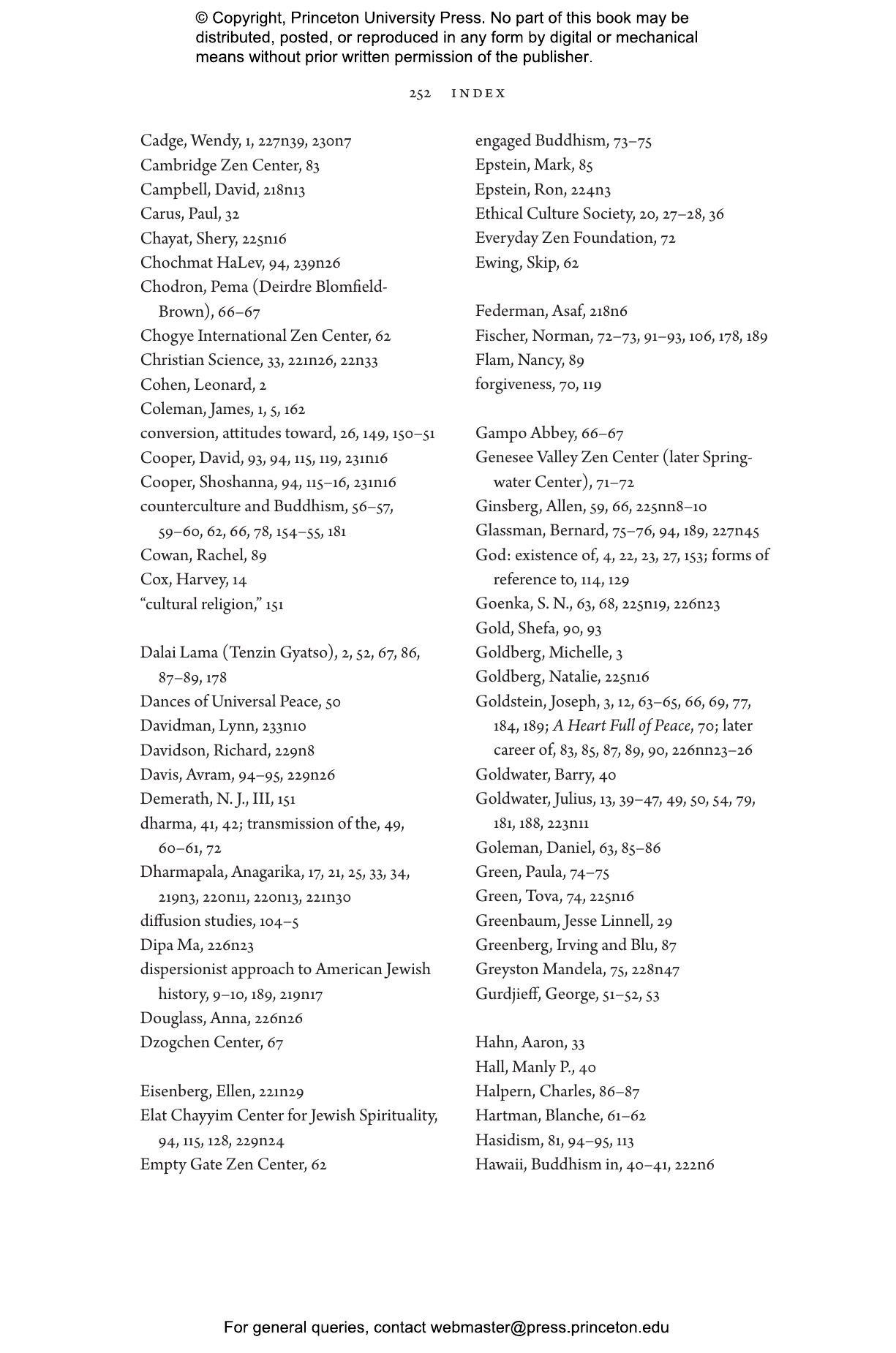 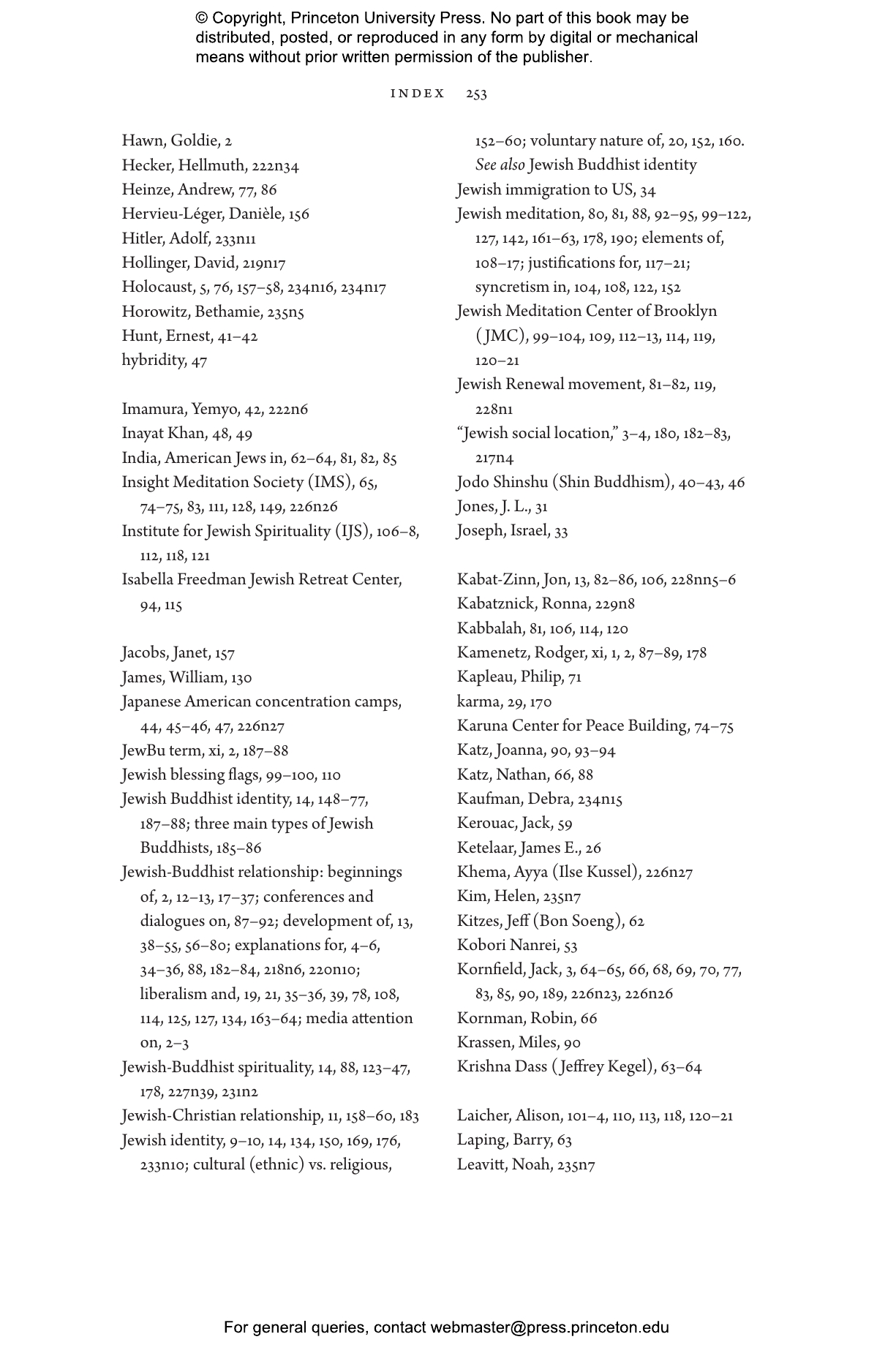 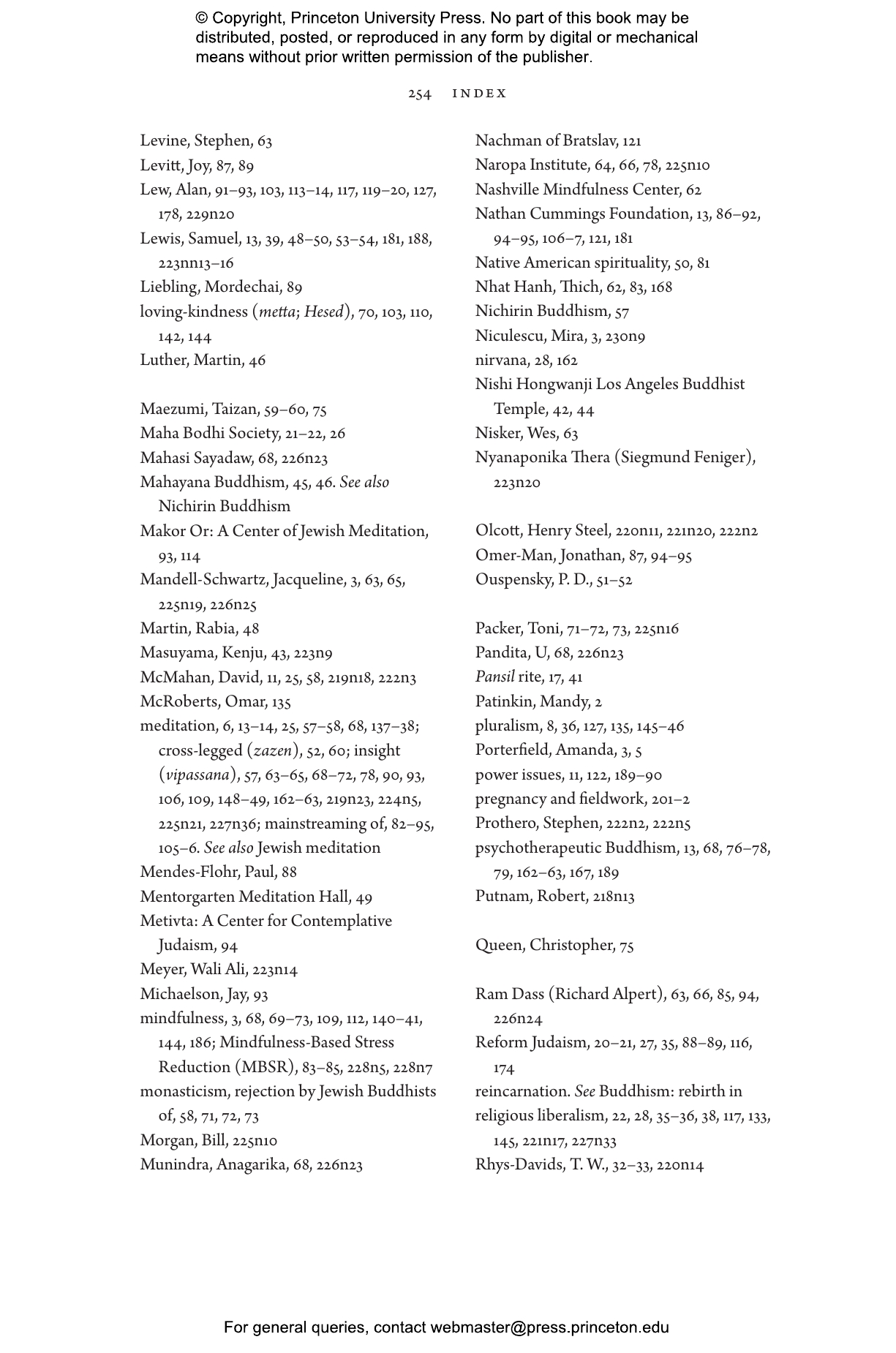 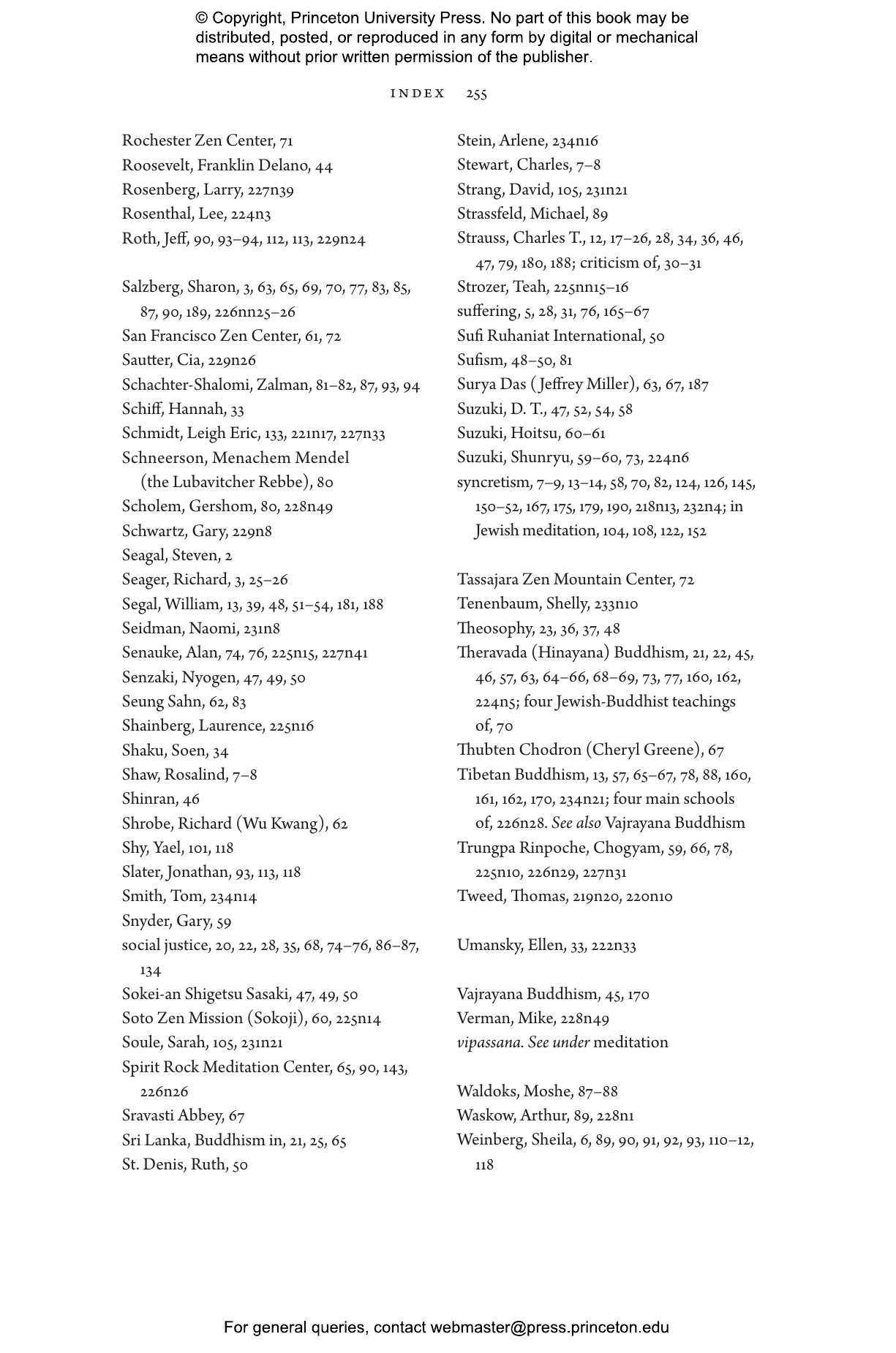 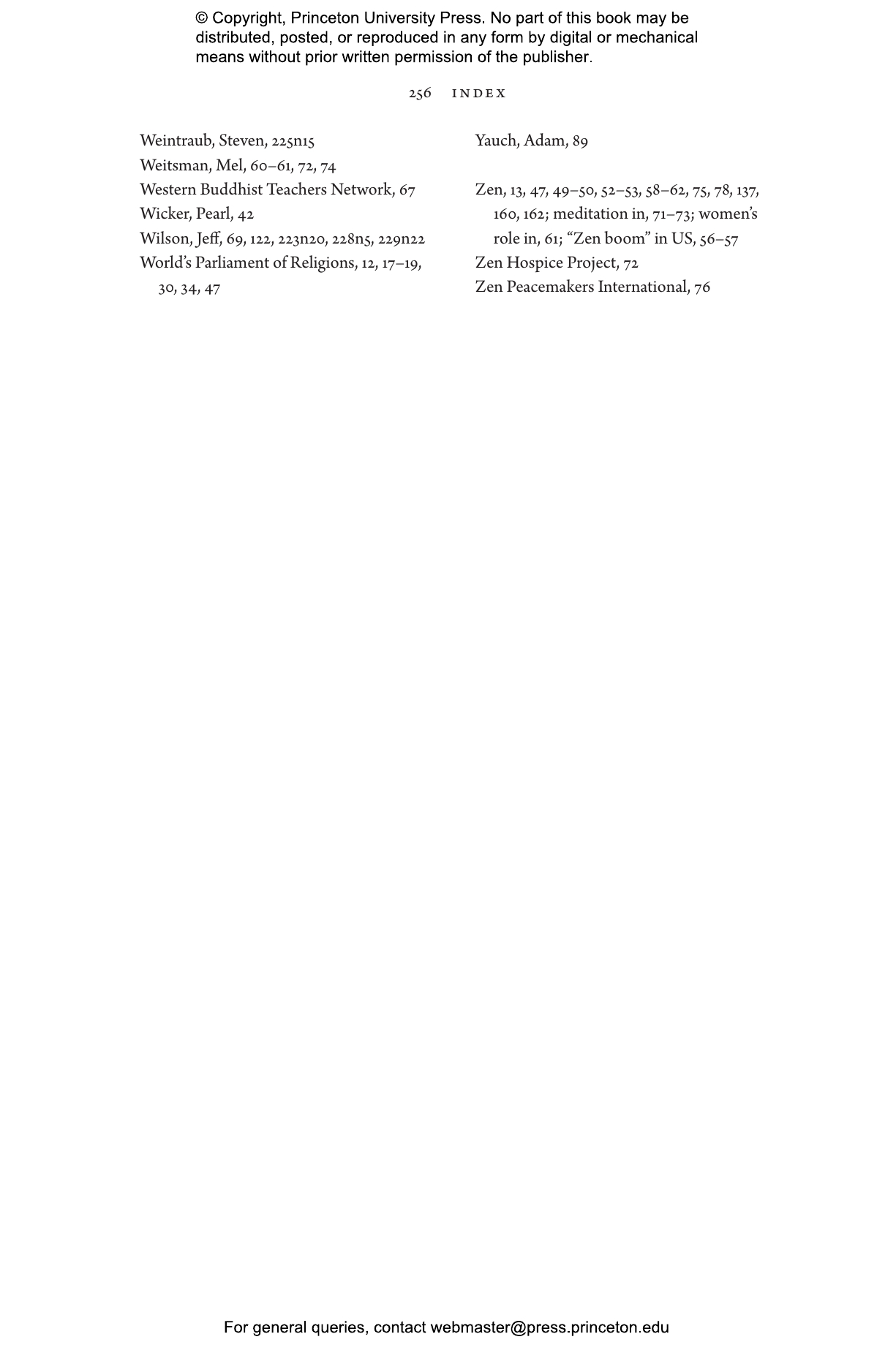 A revealing look at the Jewish American encounter with Buddhism 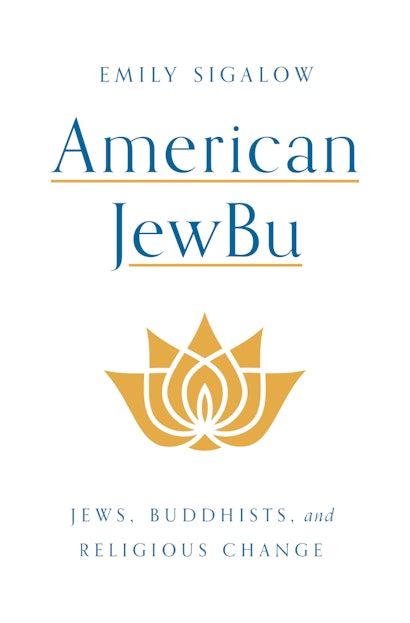 Today, many Jewish Americans are embracing a dual religious identity, practicing Buddhism while also staying connected to their Jewish roots. This book tells the story of Judaism’s encounter with Buddhism in the United States, showing how it has given rise to new contemplative forms within American Judaism—and shaped the way Americans understand and practice Buddhism.

Taking readers from the nineteenth century to today, Emily Sigalow traces the history of these two traditions in America and explains how they came together. She argues that the distinctive social position of American Jews led them to their unique engagement with Buddhism, and describes how they incorporate aspects of both Judaism and Buddhism into their everyday lives. Drawing on a wealth of original in-depth interviews conducted across the nation, Sigalow explores how Jewish American Buddhists experience their dual religious identities. She reveals how Jewish Buddhists confound prevailing expectations of minority religions in America. Rather than simply adapting to the majority religion, Jews and Buddhists have borrowed and integrated elements from each other, and in doing so they have left an enduring mark on the American consciousness.

American JewBu highlights the leading role that American Jews have played in the popularization of meditation and mindfulness in the United States, and the profound impact that these two venerable traditions have had on one another.

Emily Sigalow is a sociologist of contemporary Jewish life and executive director of the Impact and Performance Assessment Department at the UJA-Federation of New York, a leading Jewish philanthropic organization. Website emilysigalow.com 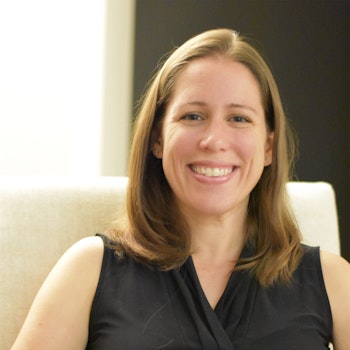 "The book leaves the reader with something that Jews and Buddhists alike may find familiar: more questions than answers, but a feeling that getting further from a solution has somehow made you wiser."—Matthew Abrahams, Tricycle

"American JewBu offers a unique perspective on the current, lively debate on religious mixing. The book is fluently written and highly illuminating. It offers an accessible entry to important questions in the study of lived religious practice."—Sociology of Religion

"In this compelling and insightful book, Sigalow offers a window into the varied ways that Jews in the United States have been engaged in religious, spiritual, and secularized paths toward creating a Jewish Buddhist sense of self."—Janet Jacobs, author of The Holocaust across Generations: Trauma and Its Inheritance among Descendants of Survivors

"American JewBu deals with a phenomenon widely known but never before systematically studied. Drawing on history and sociology, it traces the Jewish-Buddhist encounter from its nineteenth-century origins to the present, shedding immense new light on why Jews turned to Buddhism, how the encounter reconfigured both faiths, and what JewBu syncretism teaches us about American religion as a whole. A model study by a scholar of immense promise."—Jonathan D. Sarna, author of American Judaism: A History

"This excellent book is essential reading on the development of American Buddhism and a fascinating exploration of why Buddhism is so popular among American Jews."—Erik Braun, author of The Birth of Insight: Meditation, Modern Buddhism, and the Burmese Monk Ledi Sayadaw

"Emily Sigalow offers a detailed historical and contemporary account of JewBus, often commented on but rarely studied. This book is essential reading for anyone who wants to understand the multiple ways Jews influenced the development of Buddhism in America. I strongly recommend it."—Wendy Cadge, Brandeis University

"Sigalow combines ethnographic research with thoughtful historical and cultural analysis to produce a convincing portrait of Jewish Buddhists in America. She skillfully surpasses simplistic explanations of the JewBu phenomenon to provide the richest historical and social account to date. American JewBu not only convincingly explores how and why so many Jews have taken up Buddhism, it demonstrates the crucial role Jews have played in shaping what Buddhism has become in the West."—David L. McMahan, author of The Making of Buddhist Modernism