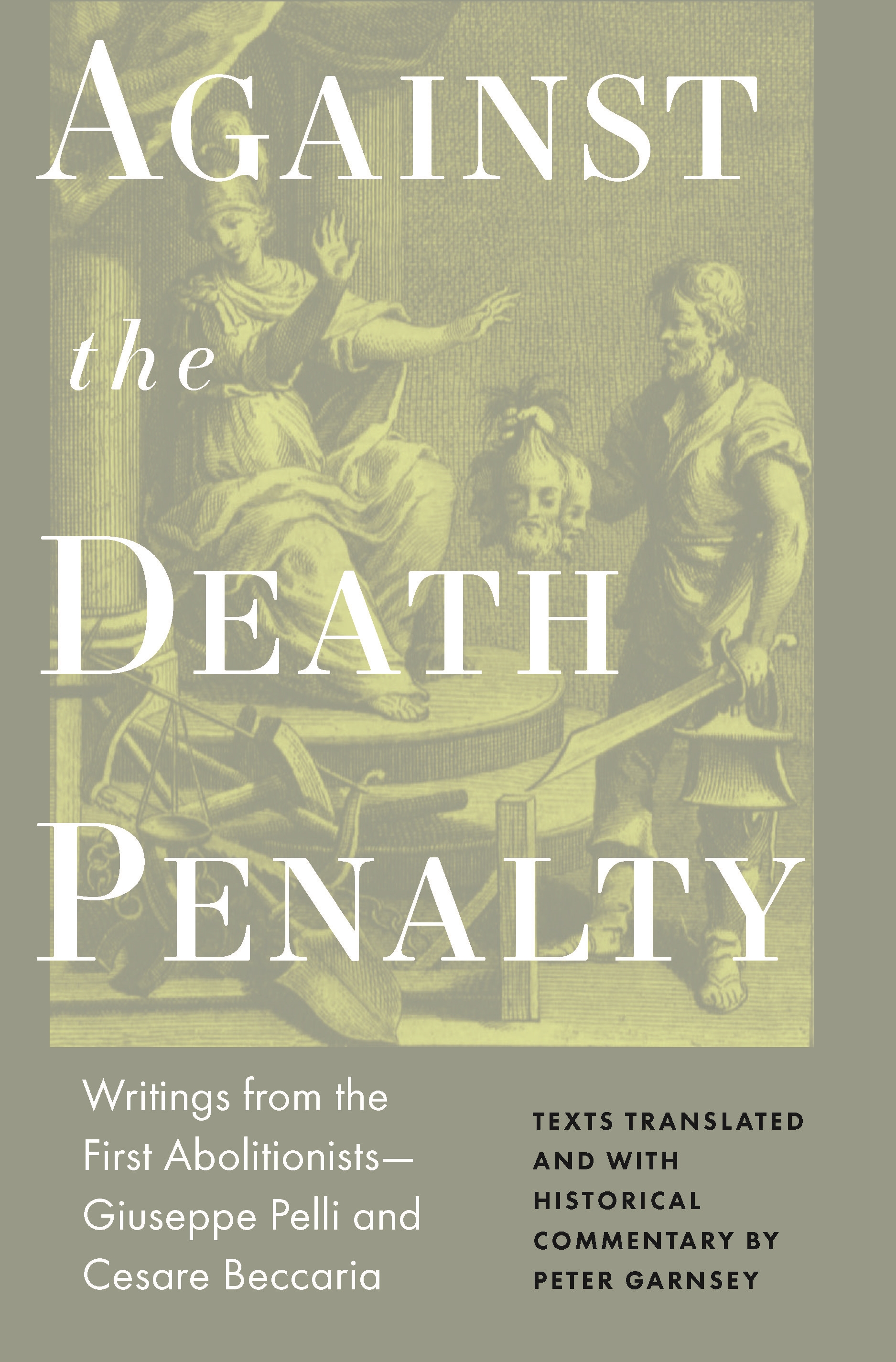 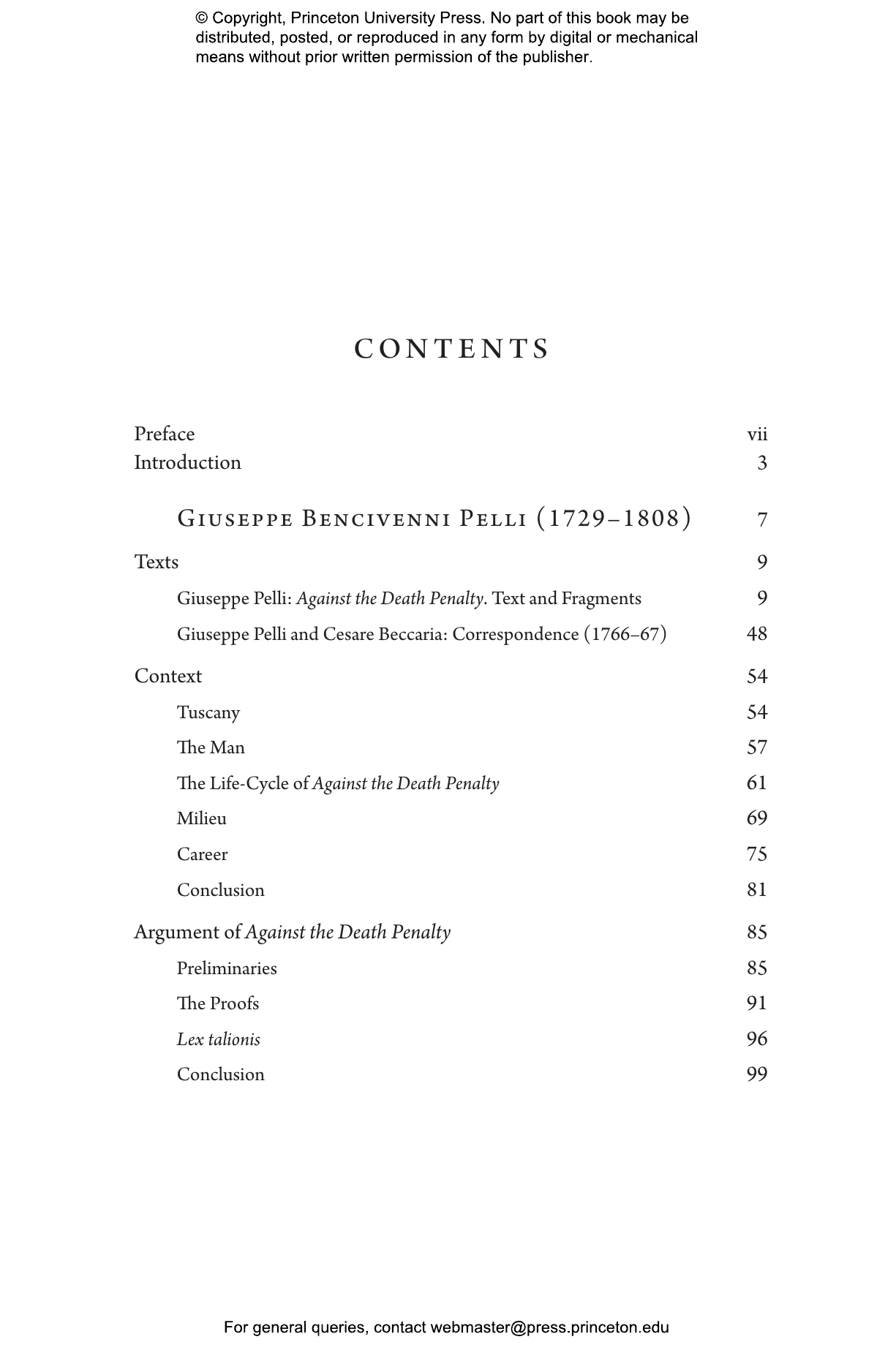 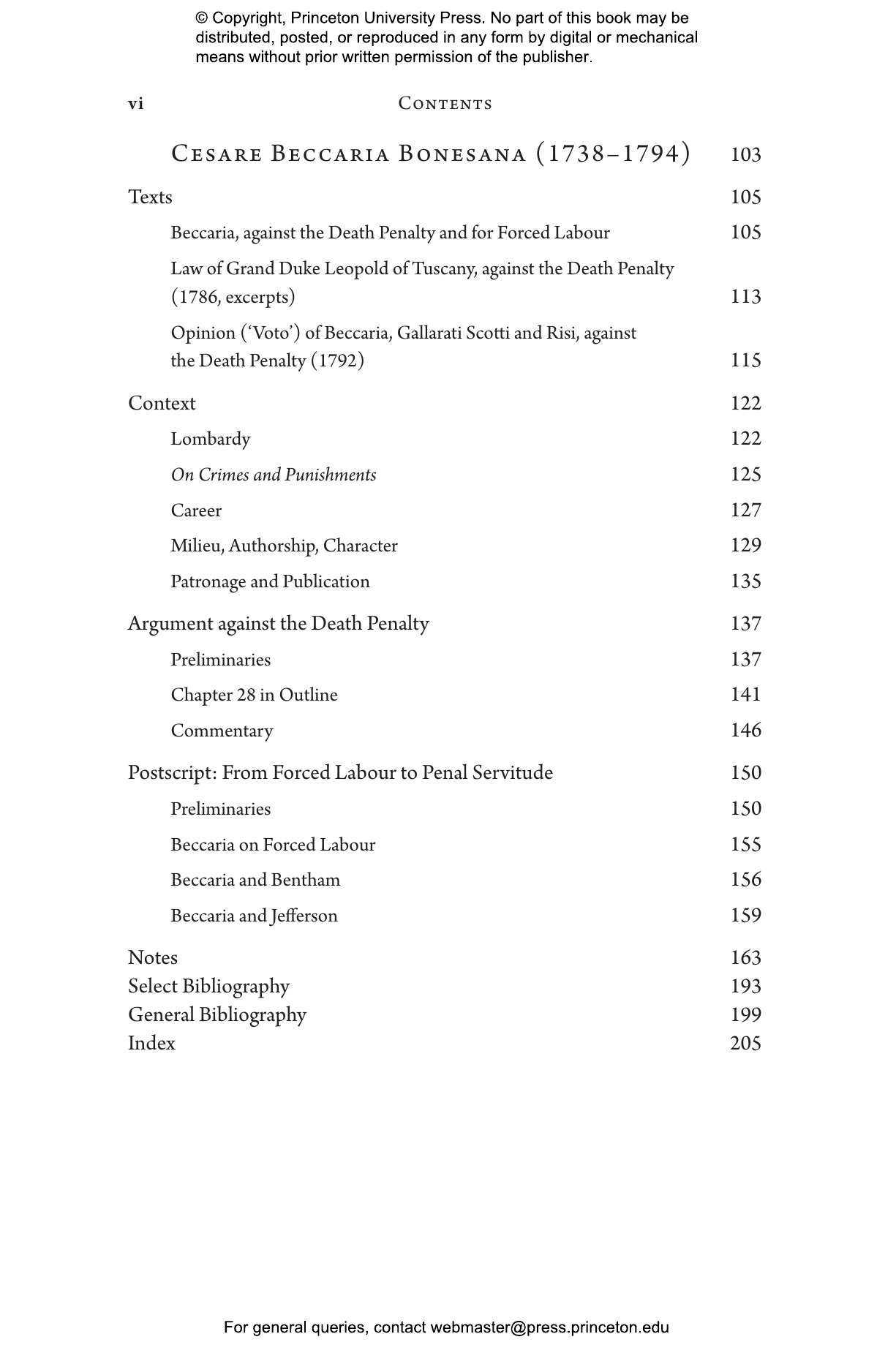 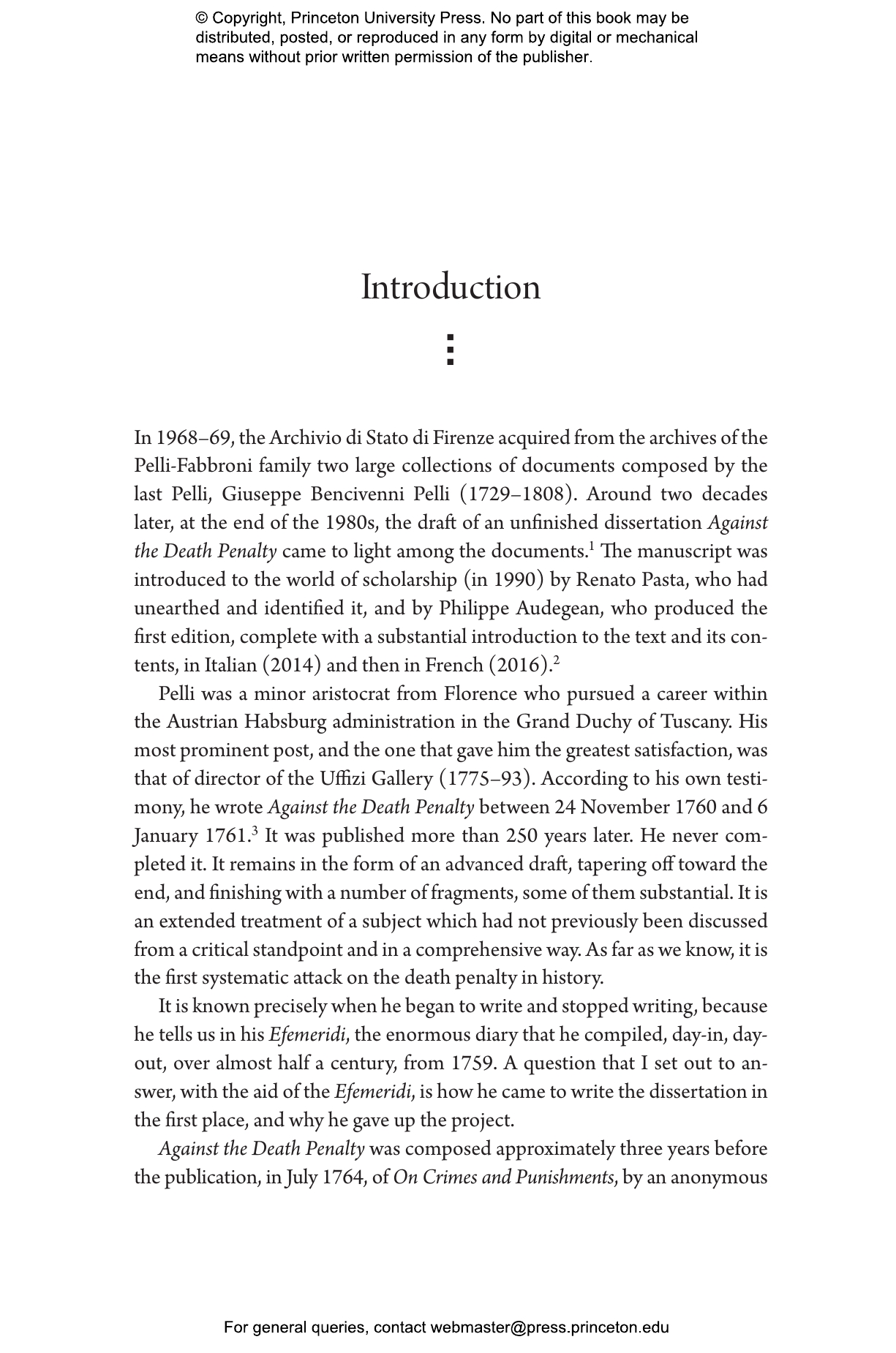 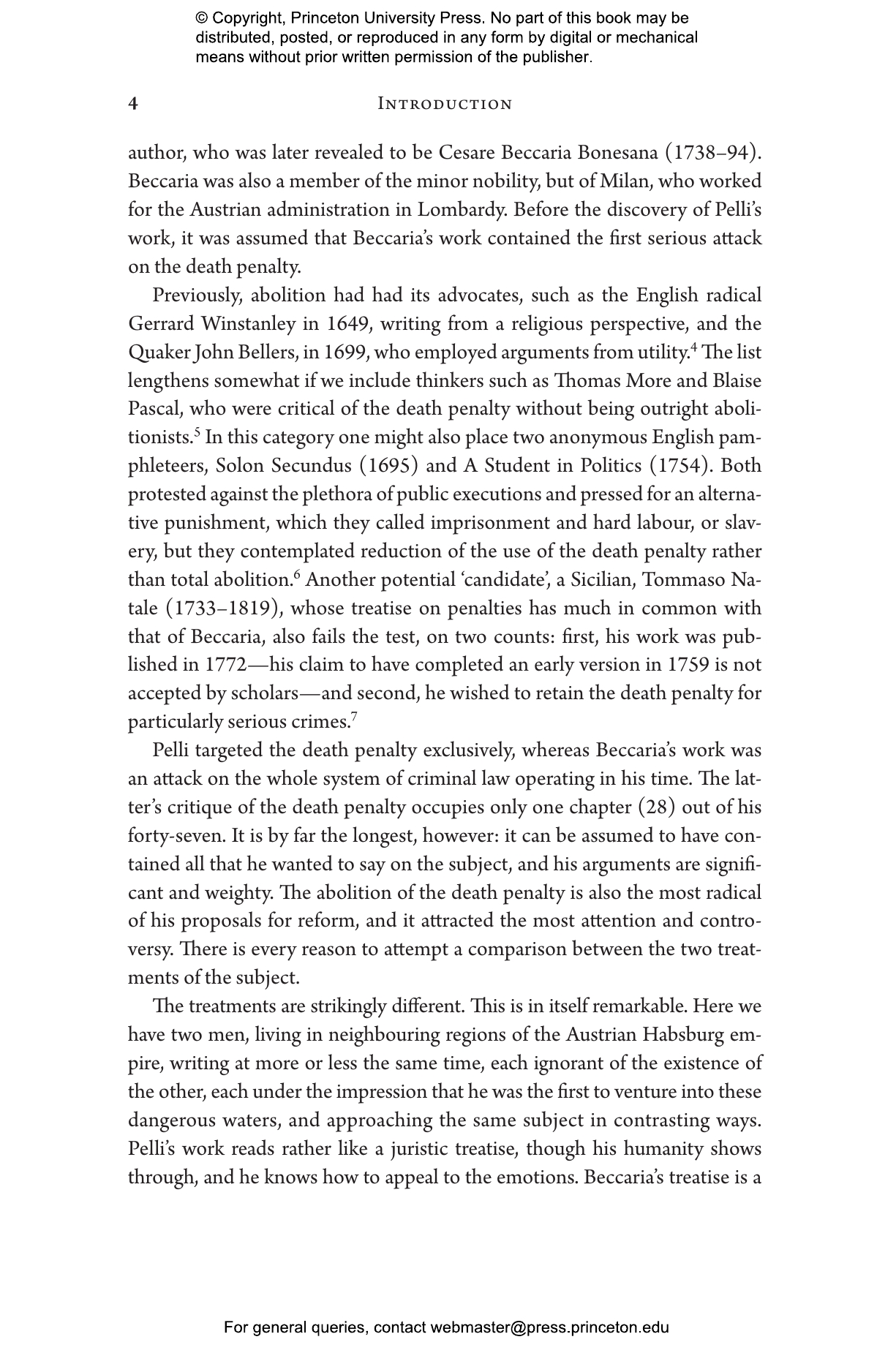 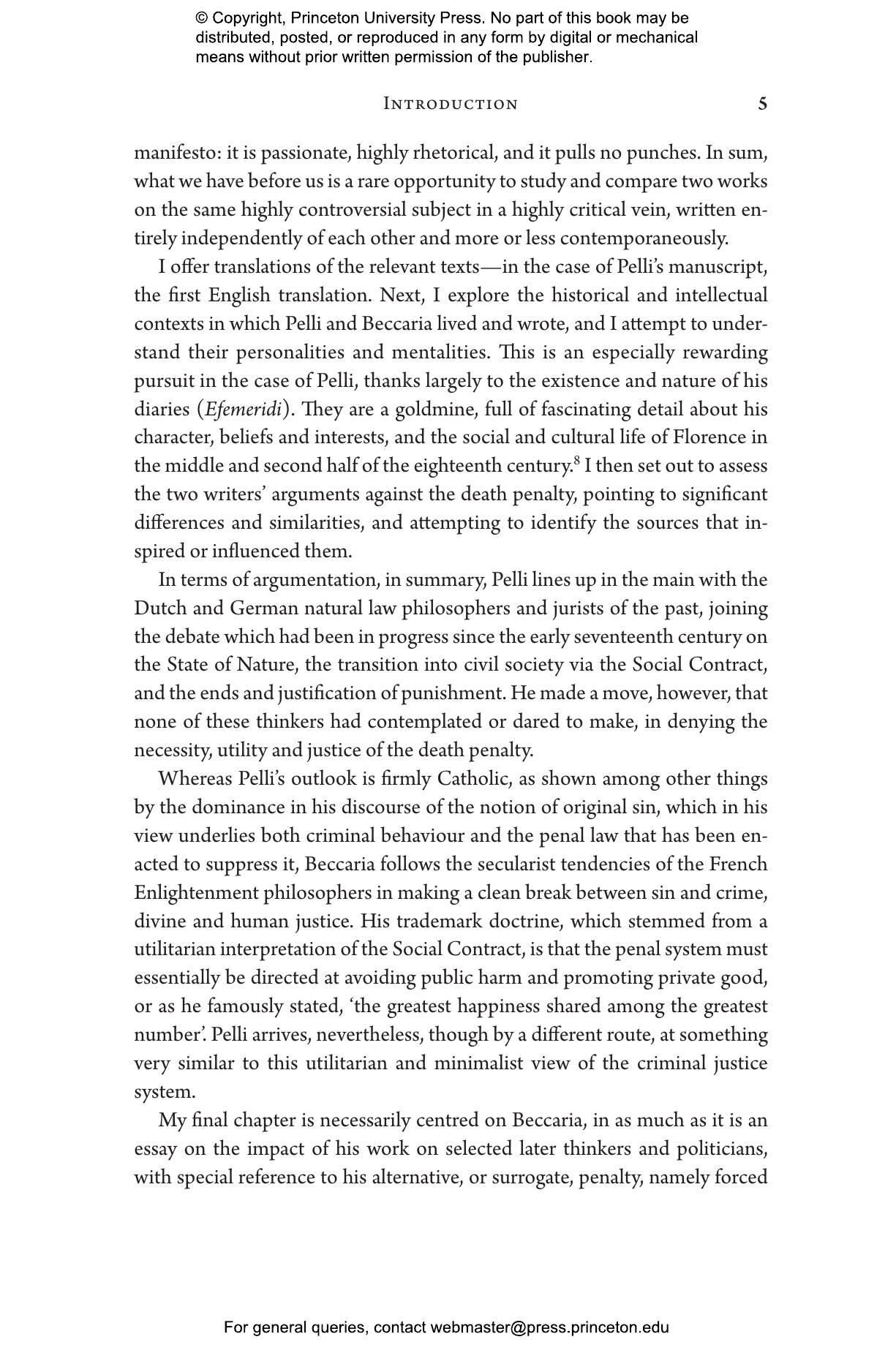 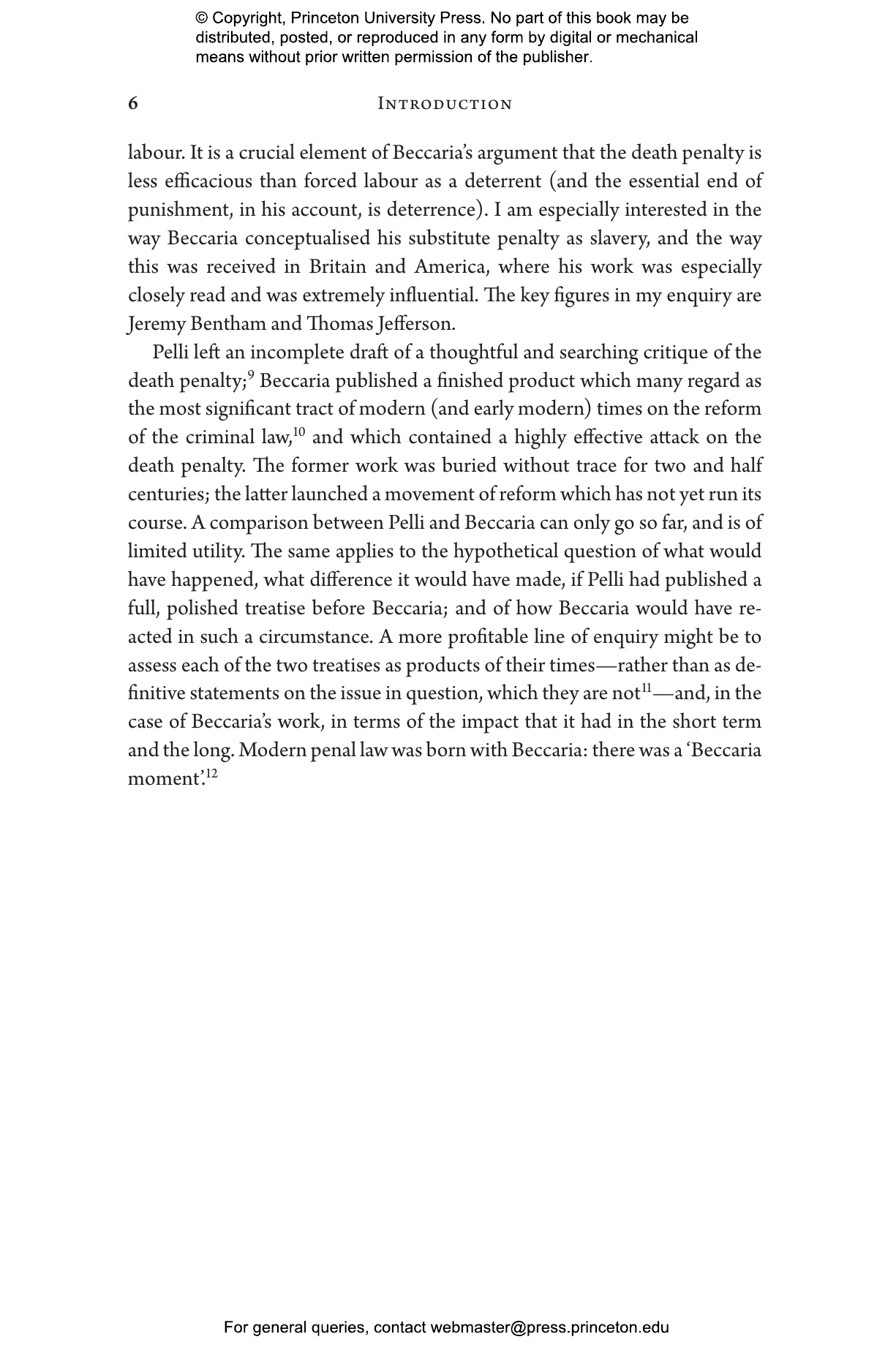 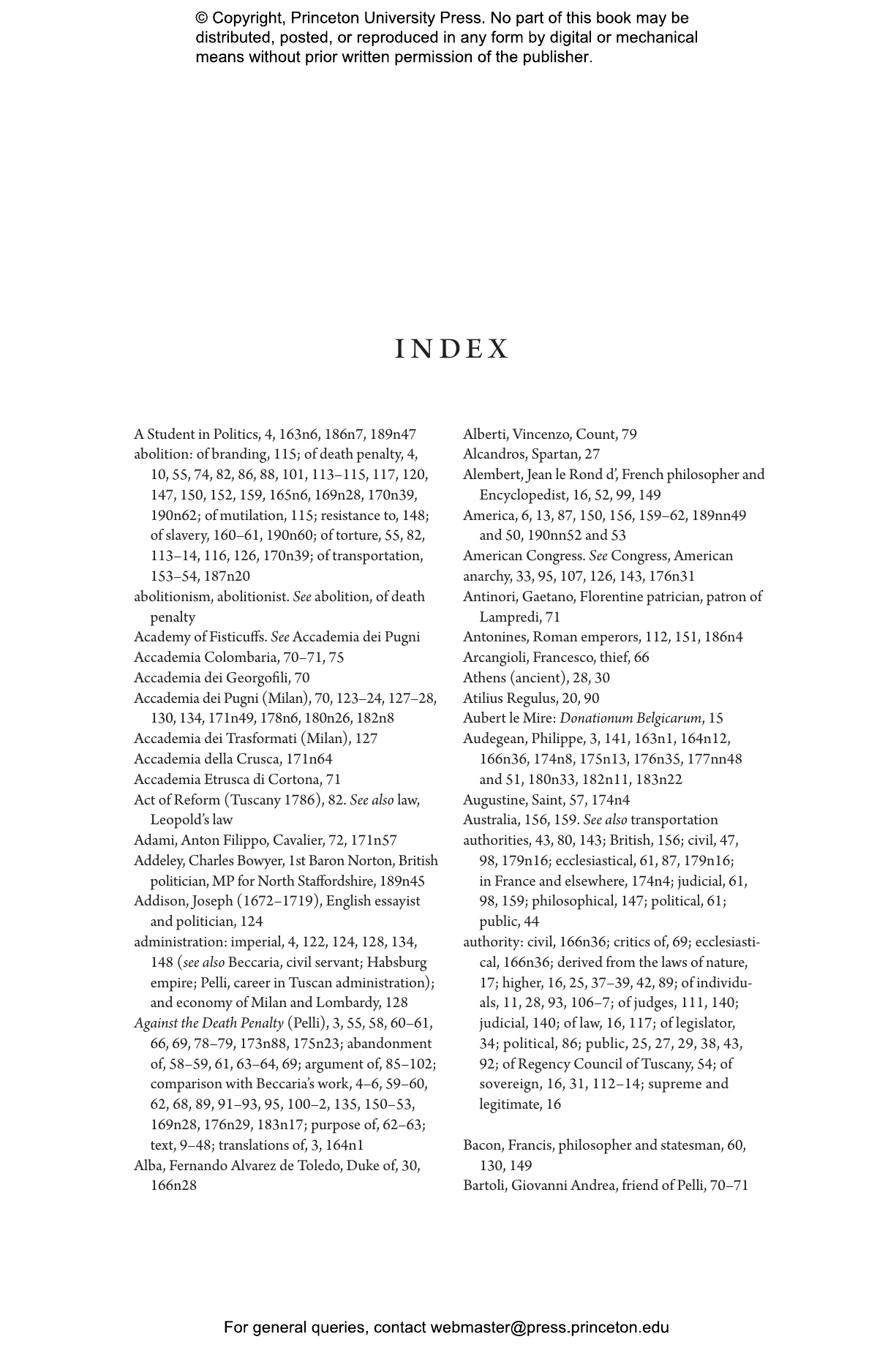 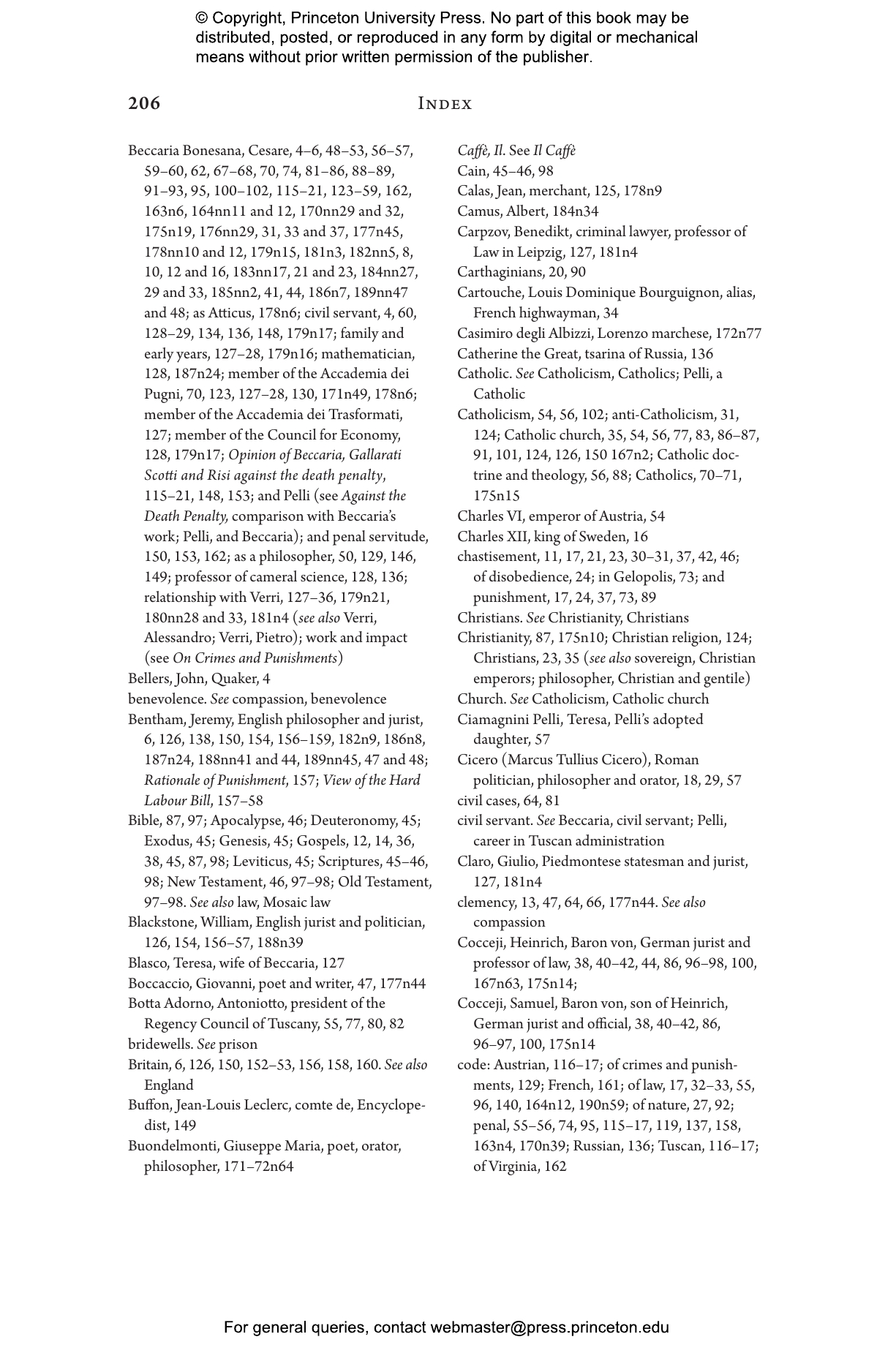 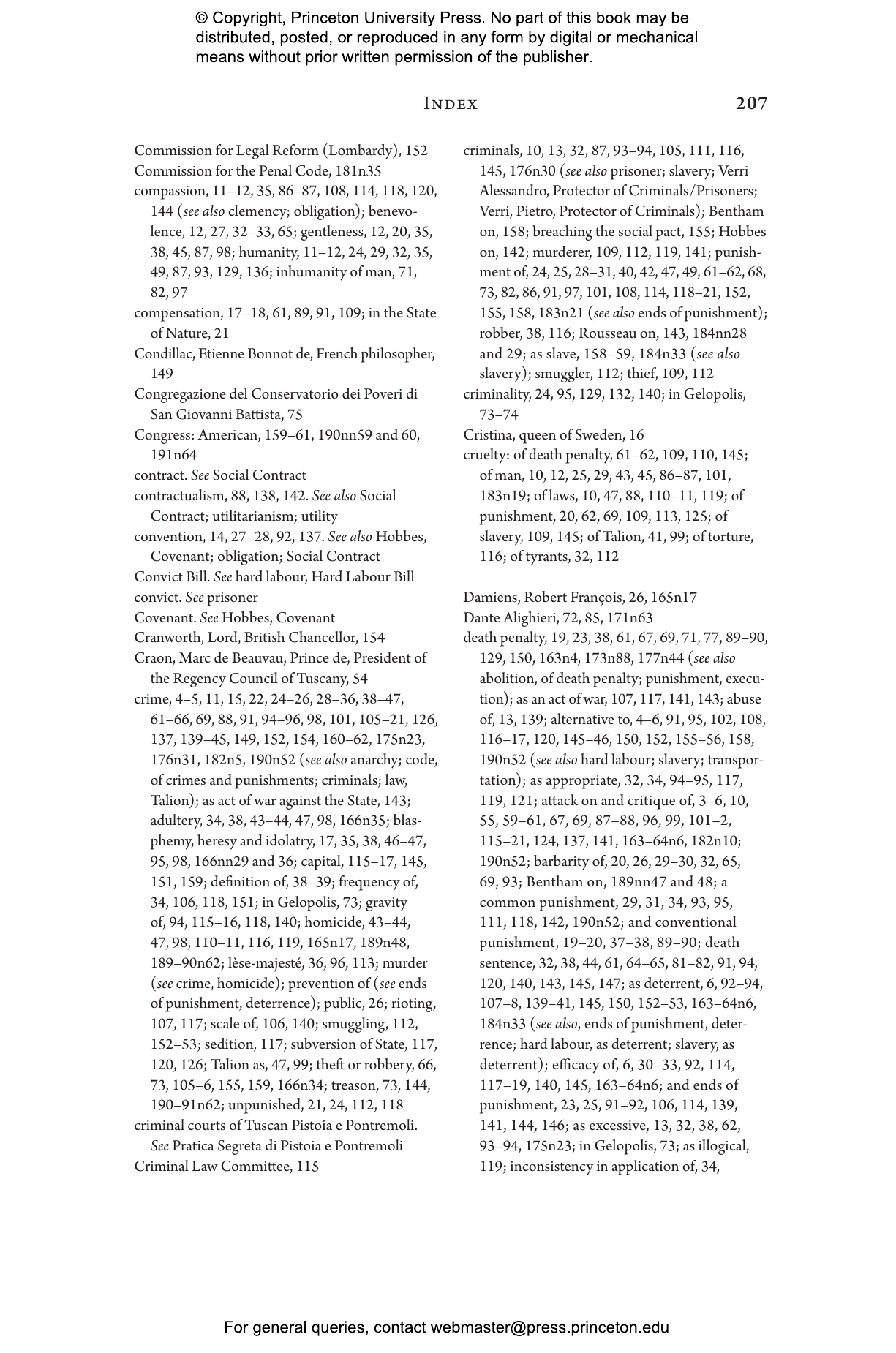 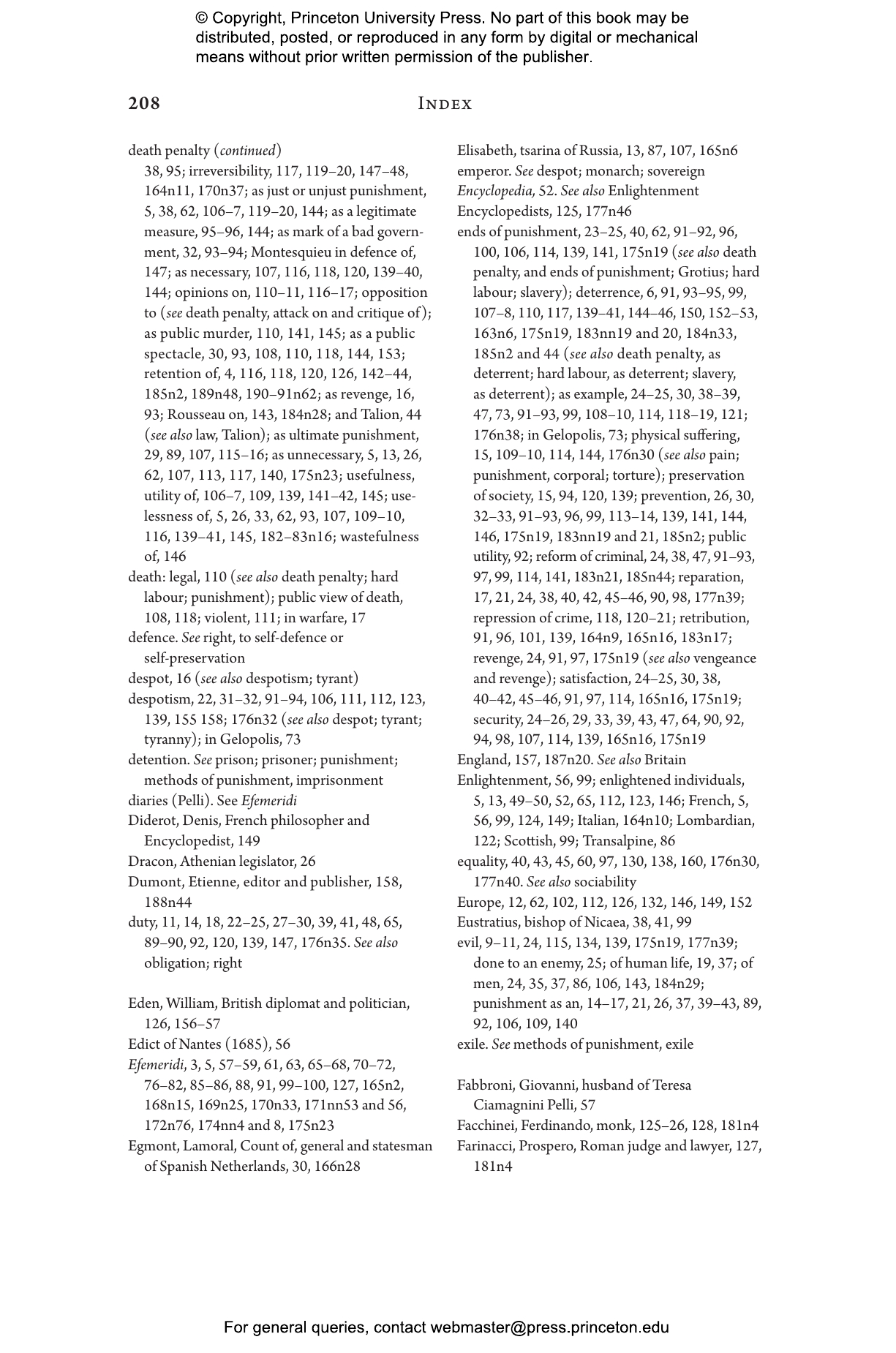 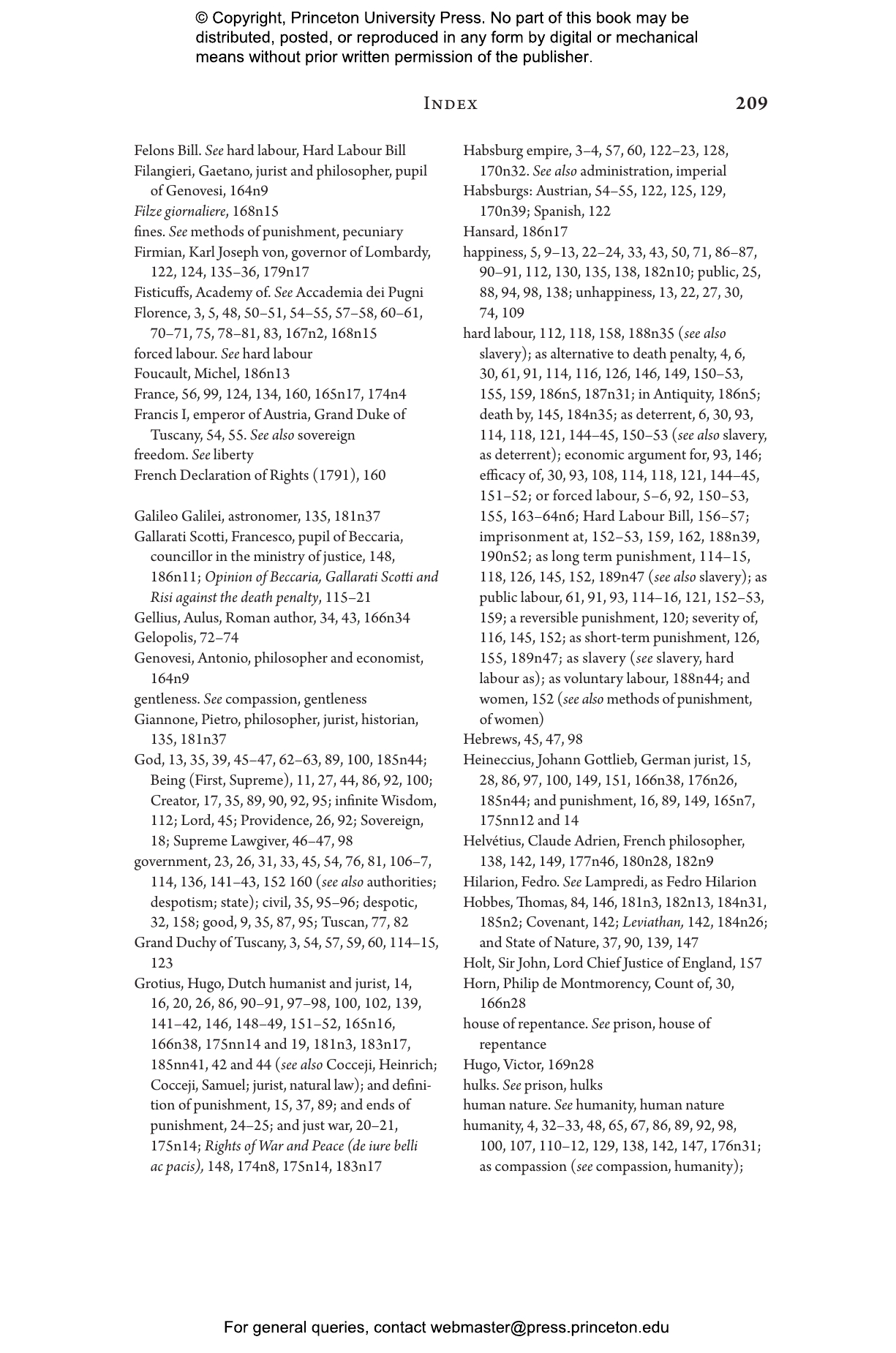 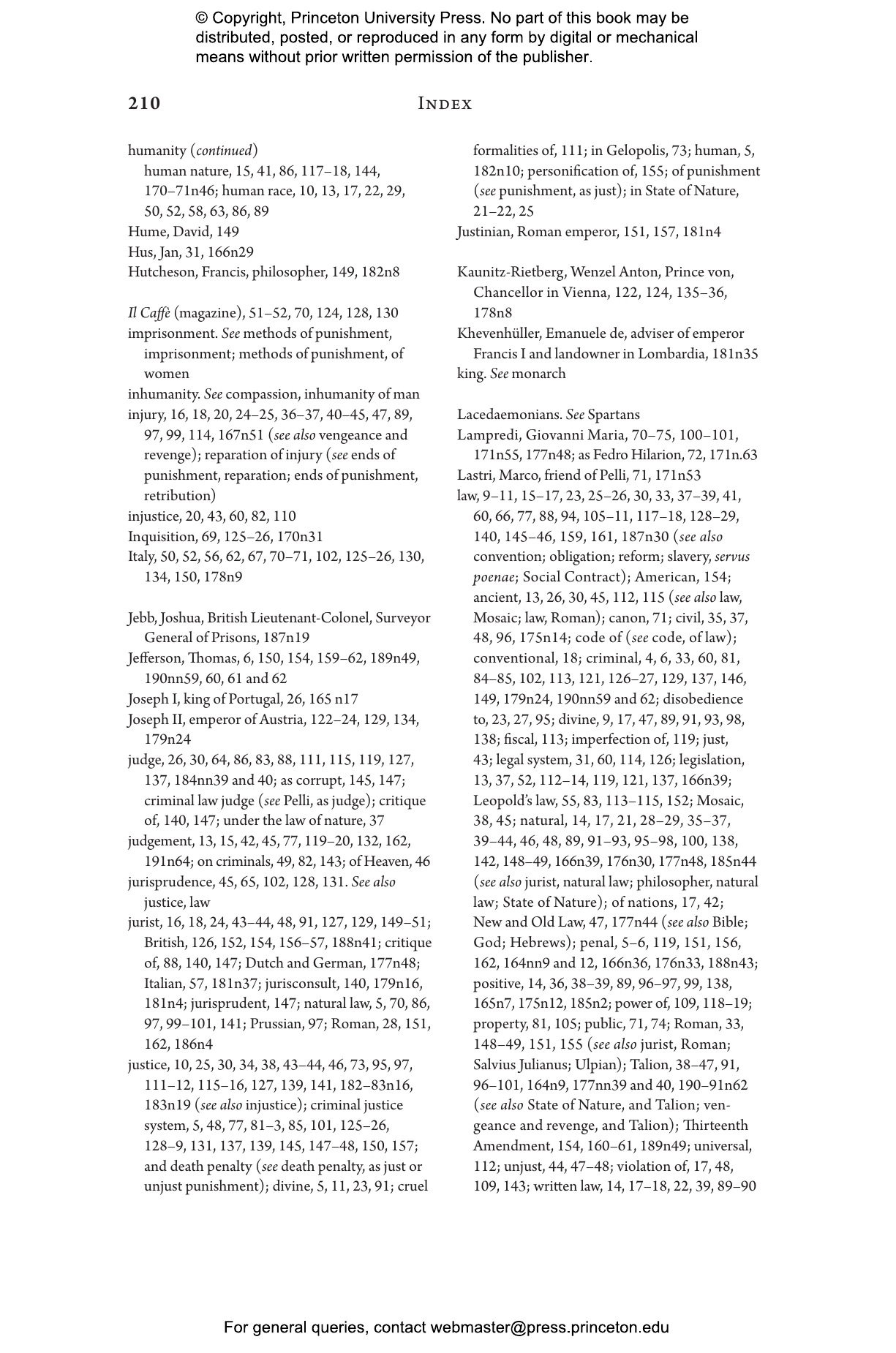 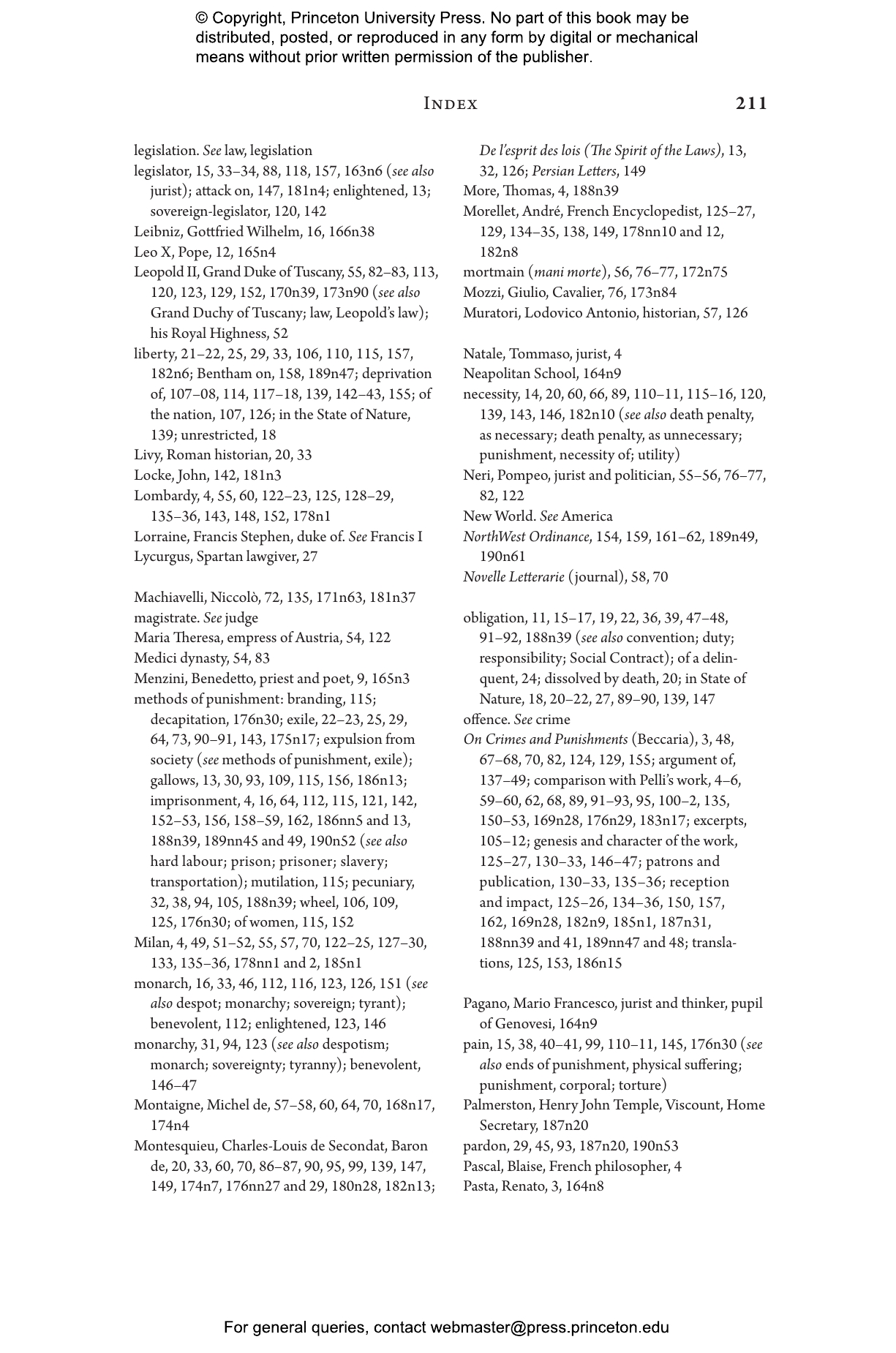 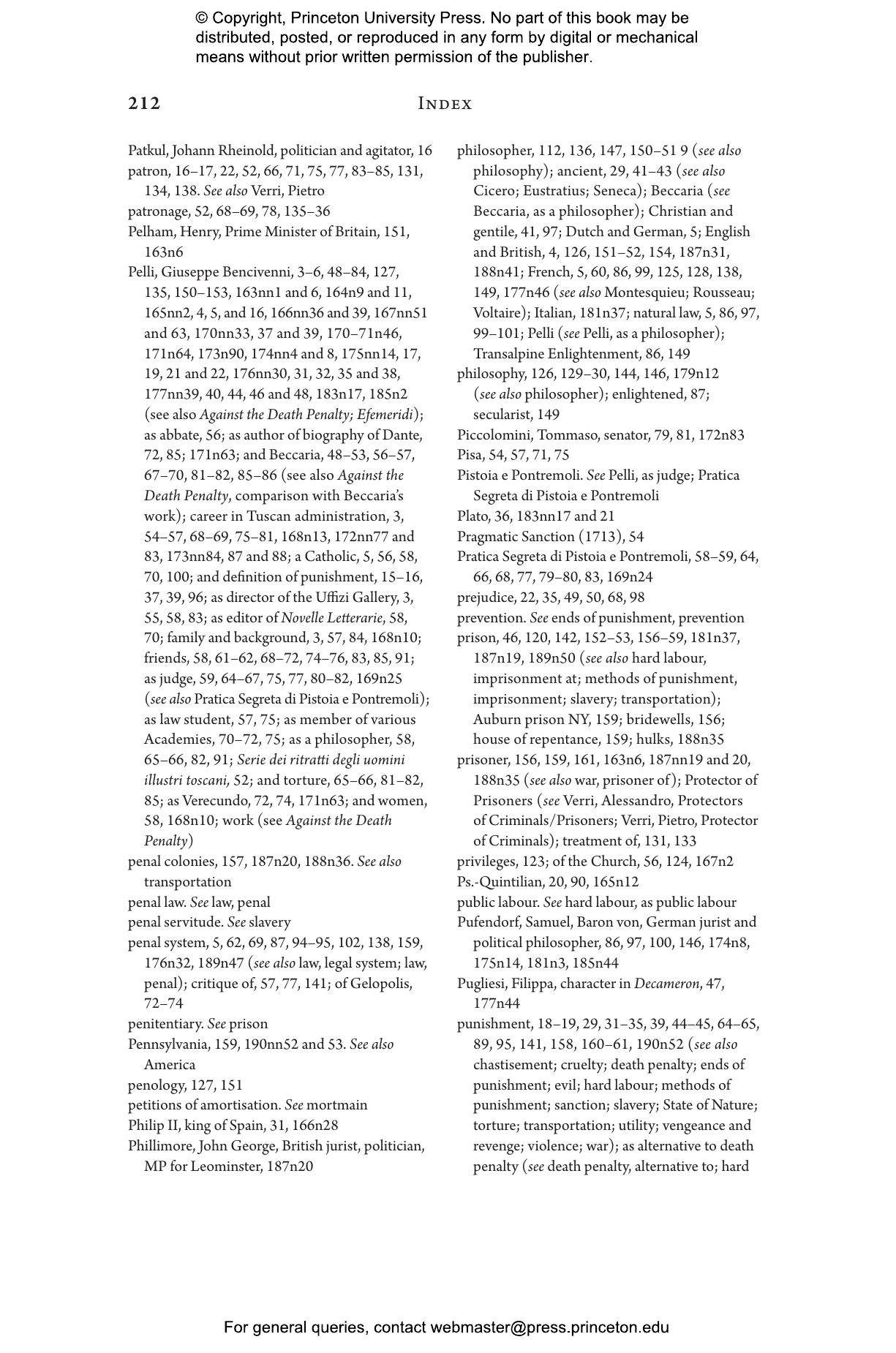 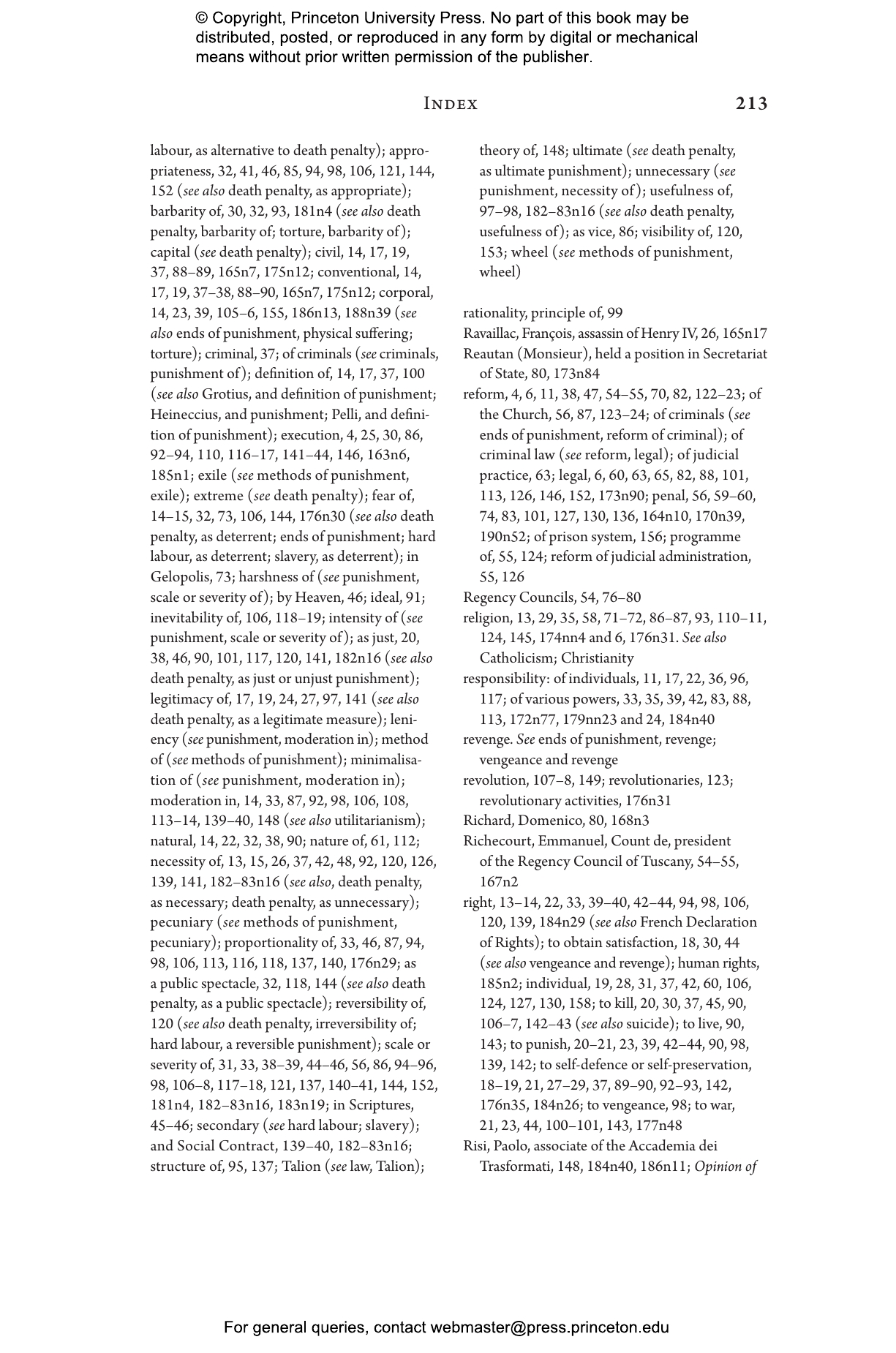 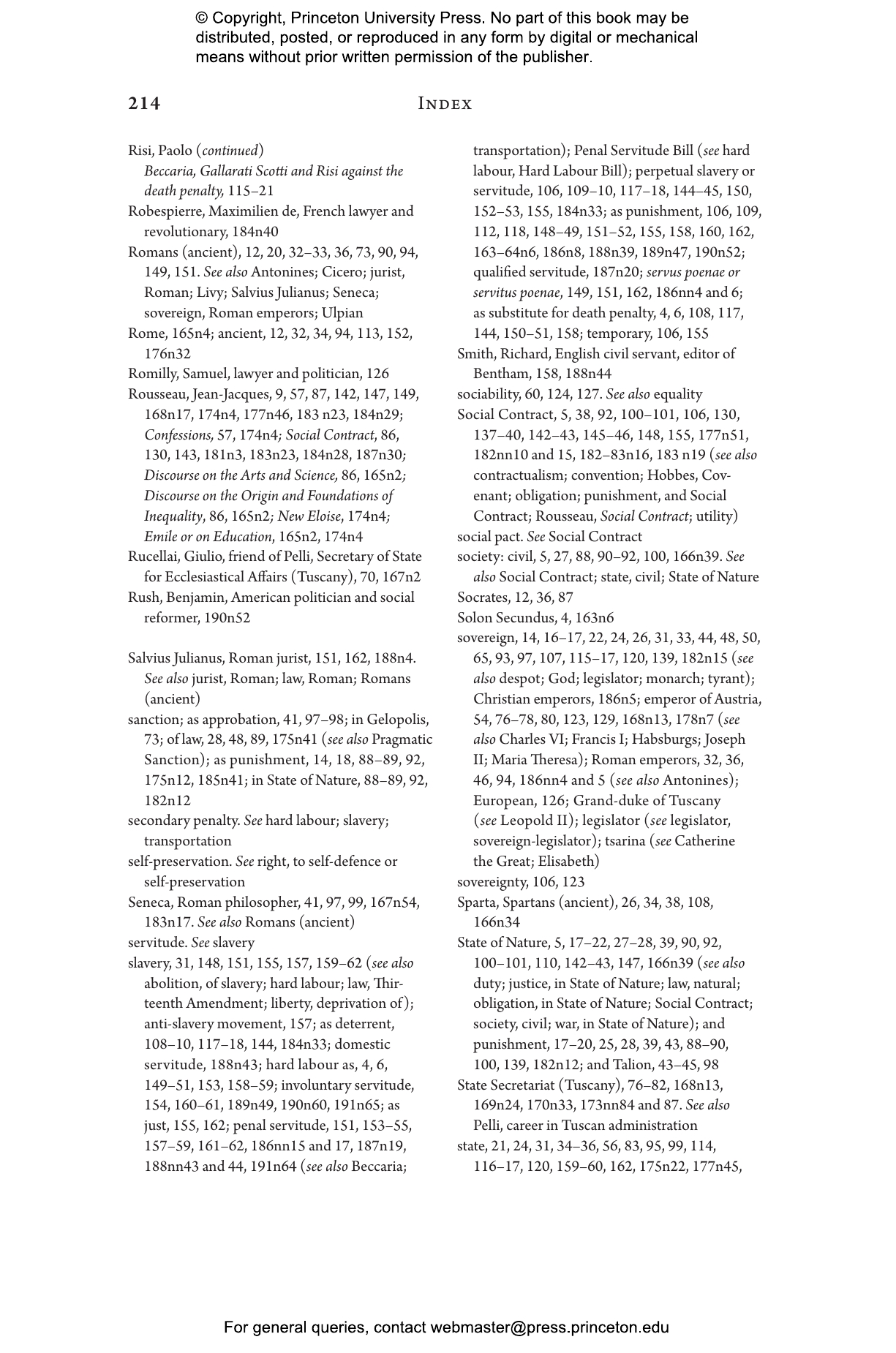 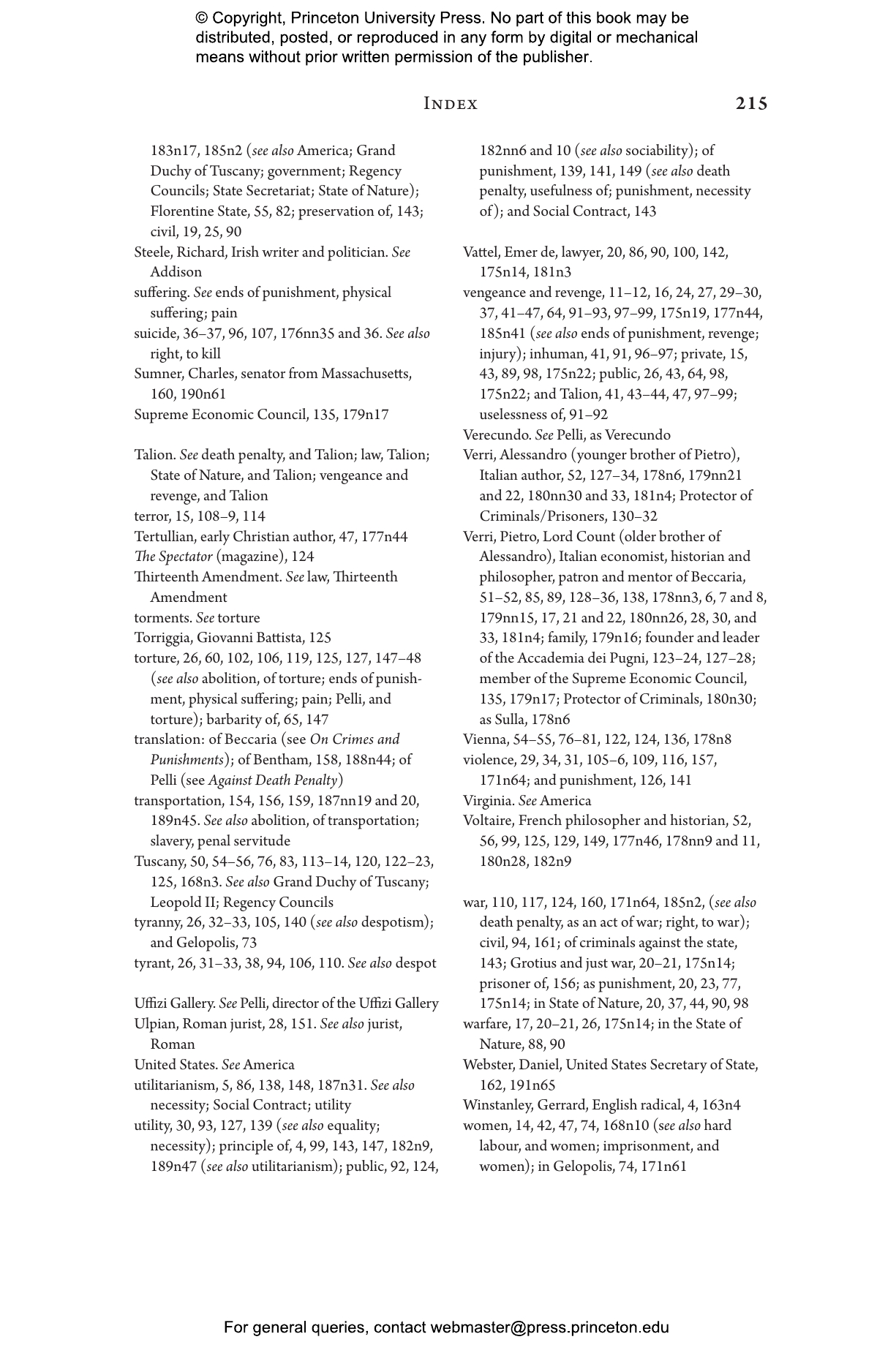 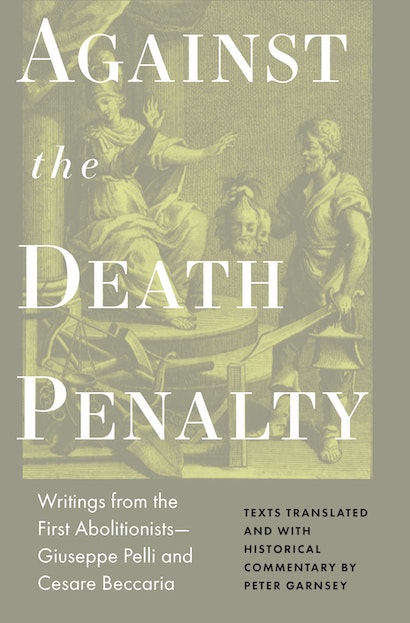 In 1764, a Milanese aristocrat named Cesare Beccaria created a sensation when he published On Crimes and Punishments. At its centre is a rejection of the death penalty as excessive, unnecessary, and pointless. Beccaria is deservedly regarded as the founding father of modern criminal-law reform, yet he was not the first to argue for the abolition of the death penalty. Against the Death Penalty presents the first English translation of the Florentine aristocrat Giuseppe Pelli’s critique of capital punishment, written three years before Beccaria’s treatise, but lost for more than two centuries in the Pelli family archives.

Peter Garnsey examines the contrasting arguments of the two abolitionists, who drew from different intellectual traditions. Pelli was a devout Catholic influenced by the writings of natural jurists such as Hugo Grotius, whereas Beccaria was inspired by the French Enlightenment philosophers. While Beccaria attacked the criminal justice system as a whole, Pelli focused on the death penalty, composing a critique of considerable depth and sophistication. Garnsey explores how Beccaria’s alternative penalty of forced labour, and its conceptualisation as servitude, were embraced in Britain and America, and delves into Pelli’s voluminous diaries, shedding light on Pelli’s intellectual development and painting a vivid portrait of an Enlightenment man of letters and of conscience.

With translations of letters exchanged by the two abolitionists and selections from Beccaria’s writings, Against the Death Penalty provides new insights into eighteenth-century debates about capital punishment and offers vital historical perspectives on one of the most pressing questions of our own time.

Peter Garnsey is emeritus professor of the history of classical antiquity at the University of Cambridge and emeritus fellow of Jesus College. His recent books include Thinking about Property: From Antiquity to the Age of Revolution and, with Richard Saller, The Roman Empire: Economy, Society and Culture.

"Garnsey introduces the first English translation of the earliest known critique of capital punishment, along the way taking readers from classical Rome to Habsburg Italy to nineteenth-century America. The result is an erudite, lively, and lucid treatment of an issue regrettably still current."—Wilfrid Prest, University of Adelaide

"This English edition of Pelli's treatise—the first full-fledged abolitionist critique of the death penalty in modern times—is a welcome contribution to our understanding of the intellectual and cultural practices of the eighteenth century."—Renato Pasta, University of Florence

"This is an important translation of a neglected but illuminating early manuscript by a decidedly under-studied Enlightenment scholar, and a succinct and timely introduction to early debates about the death penalty."—Sophus A. Reinert, author of The Academy of Fisticuffs: Political Economy and Commercial Society in Enlightenment Italy